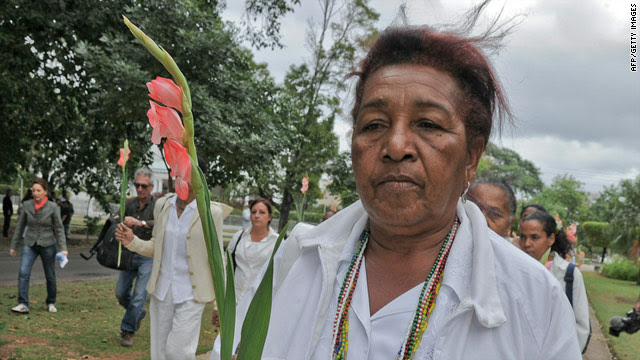 * Cuba: Family members of Orlando Zapata Tamayo, a Cuban political prisoner who died a year ago this month, were granted visas to emigrate to the U.S.

* Panama: Police clashed with indigenous protesters upset with a planned mining reform that they claim will cause environmental damage and force them to relocate.

* Brazil: A group of Roman Catholic bishops bashed reality TV shows as an "attack on the human dignity of participants, who are fascinated with monetary prizes and a short-lived status as a celebrity."

Image Source - AFP/Getty Images via CNN ("Reina Luisa Tamayo marches February 13 on behalf of her son, who died a year ago after a prolonged hunger strike.")
Online Sources - BBC News, France24, AFP, Texas Observer
Posted by Erwin C. at 8:00 AM