The Bolivian region of Santa Cruz is preparing for a referendum on Sunday that may lead to further divisions in the country. The autonomy vote pits factions against the government’s reforms versus President Evo Morales who has declared the referendum as illegal.

In the following video, AlJazeeraEnglish examines the differing sides arguing for and against increased autonomy in Santa Cruz: 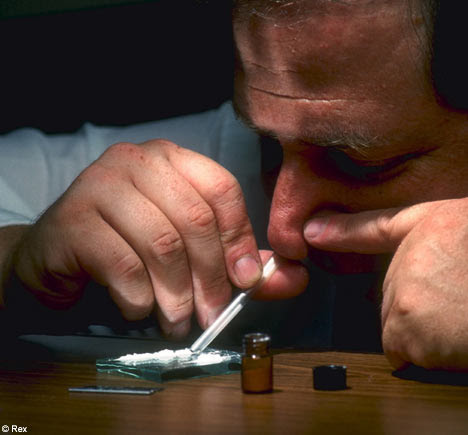 * Venezuela: President Hugo Chavez will raise the country's fixed minimum wage by 30% to $372.

* Ecuador: Could the “pursuit of sexual happiness for women” be a new amendment to the country’s constitution draft?

*South America: Peer pressure amongst doctors can help erase outdated practices, according to a study conducted in 19 Argentine and Uruguayan hospitals.

"Today, May 1, 2008, we are consolidating the energy nationalization," he said at a public ceremony.
"The Bolivian state has 50 per cent plus one share of the capitalist, or so-called capitalist, companies."

Source : Al Jazeera
Posted by Maegan la Mala at 8:27 AM No comments:

* Peru: Anger over rising food prices led to a protest by more than 1000 women banging empty pots and pans in Lima.

* U.S.: Latinos have become the largest minority group in the U.S. and make up 15.1% of the country's total population, according to Census Bureau data.

* U.S.: Argentina, Chile, and Venezuela are some of the countries placed on a White House list of states that are weak in preventing intellectual property crimes.

Regional cooperation, changing public attitude and new policies are better ways to fight the narcotics trade, he said, than leaning on the United States.

Cardoso spoke during the Latin American Commission on Drugs and Democracy.

Source: Reuters, Photo: WatsonInstitute
Posted by Alison at 11:17 AM No comments:

Reuters, The Wall Street Journal and the Los Angeles Times also wrote about the survey from the Inter-American Development Bank, which reporter that 3 million fewer people send money back to families. This equates to 10 million fewer people who will benefit from cash sent from the United States.

All report this signals the economic slowdown is affecting everyone.
Posted by Alison at 11:04 AM No comments:

* South America: Local currencies did not do well in trading yesterday as the Brazilian real and Chilean peso fell by 0.95 and 1.39%, respectively.

* Colombia: There may be rhetoric over "Hollywood liberals" yet the head of the Motion Picture Association of America is strongly in favor of a U.S.-Colombia free trade deal.

* Cuba: How have Cubans reacted to reforms under Raul Castro? Al Jazeera looks into it: 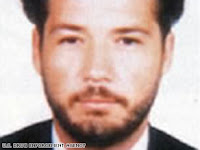 Colombian police claim that they have killed Victor Manuel Mejia Munera and two bodyguards. Mejia Munera was the most sought-after fugitive outside the country's rebel leaders.

Mejia Munera and his brother, Miguel Angel Mejia Munera, known as "Los Mellizos," or "the Twins," have been accused of running major drug rings in Colombia. The brothers also have faced narcotics-trafficking charges in the United States.

The two had been indicted in the U.S. on narcotics-trafficking charge.

Today in Venezuela : Blackouts and Expropriation 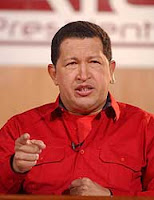 Yesterday there were blackouts throughout Venezuela. Blackouts aren't uncommon nationwide, but they are rare in the capital of Caracas, which was also impacted.

``The problem is being resolved, and there's no emergency,'' Interior Minister Ramon Rodriguez Chacin said in comments broadcast by state television.
Today's outage was caused by a technical failure in a transmission line in the state of Aragua because of nearby forest fires, Izquierdo said in comments broadcast by state television. Caracas and the states of Zulia, Merida, Tachira, Trujillo, Lara, Falcon and Aragua were most affected, he said.

Blackouts couldn't stop lawmakers in Venezuela from declaring Sidor — Venezuela's largest steel maker — a "public utility" on Tuesday, a legal prerequisite to expropriation. The Luxembourg-based company has had problems with the Chavez government, that claims that the company was demanding excessive payment.

Chavez says that state control over key industries is essential in steering this South American country toward what he calls "21st-century socialism."

Sources : Bloomberg, AP
Posted by Maegan la Mala at 10:50 AM No comments:

Joe Baca, chairman of the congressional Hispanic caucus, said CNN should be held accountable for its content.

Baca and Hispanic senator Robert Menendez said they are deeply offended by a lack of response from Time Warner after requesting a meeting.

Dobbs has called illegal immigrants "aliens" who are "invading" America to steal jobs, The Guardian reported.

Source: The Guardian, Photo: MSNBC
Posted by Alison at 10:59 AM No comments:

In plans to begin selling the iPhone in Latin America, Bloomberg reports today that Apple is considering offering the phone through the countries' phone companies.

This differs from how the phone is sold in Europe and is reported originally by Spanish newspaper Cinco Dias.

Source: Bloomberg, Photo: Mac
Posted by Alison at 10:54 AM No comments: 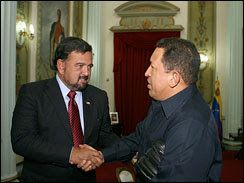 “We're at their service” said Venezuelan president Hugo Chavez yesterday as he promised to help free three U.S. contractors held hostage by Colombian guerillas. Chavez remarks came a day after meeting with ex-U.N. ambassador Bill Richardson who traveled to Caracas on behalf of the hostages' families.

After returning to New Mexico, Richardosn expressed hope that Marc Gonsalves, Thomas Howes and Keith Stansell could eventually be freed after spending five years in captivity:

"This is a very difficult negotiation because you're dealing with a rebel group that's out in the jungle," the governor told a brief news conference Sunday on his return to New Mexico. "You don't know where they are. You don't know what they want"…

Richardson said he will put forward a proposal for the release of the trio in the coming weeks and that Chavez is willing to work with him as a "primary mediator." Chavez confirmed his willingness to help.

Meanwhile, French Foreign Minister Bernard Kouchner is expected to meet with Colombian President Alvaro Uribe today and with Chavez on Wednesday in order to urge for the release of Ingrid Betancourt.

The prices of copper rose in trading today partly due to a thirteen-day strike at Chile’s Codelco mines. Though one mine reopened on Saturday, two belonging to the world’s largest copper producer have remained closed as subcontractors demand a larger share of profits:

The strikes are the latest in a series of protests by subcontractors over the past two years to demand a bigger share of windfall revenue because prices have jumped nearly seven-fold this decade.

The strike at Codelco, which produces about 1.7 million tones of copper per year, has pushed global copper prices to near-record highs of about $4 per pound as markets grow nervous about inventories that are already stretched thin.

No love has been lost between management and workers; Codelco has hired at least 1500 workers to cross picket lines while other unions have threatened to join the strike.

It's probably exaggerated to consider former Cuban president Fidel Castro as a prophet, but over a year ago he warned about problems that have led to rising food prices. As we posted in March 2007, the convalescing Castro wrote the following in Granma: Castro might have been correct in at least one respect; U.S. Secretary of State Condoleezza Rice admitted that the increasing use of biofuels has had “apparently some effect” on food prices.

* Argentina: The Turkish government is peeved at Argentina over a bill regarding Armenian victims of genocide.

*Paraguay: Who does unmarried president-elect Fernando Lugo choose as his First Lady? How about his older sister.

* Mexico: Opposition legislators ended a 16-day suspension of Congress while thousands of protestors marched against the government’s proposed oil reforms.