* Guatemala: A judge ruled that there is enough evidence to try ex-dictator Efrain Rios Montt on charges of genocide and crimes against humanity during his rule thirty years ago.

* South America: A Brazilian prosecutor will reportedly file criminal charges against Chevron regarding a November 2011 oil spill while a U.S. federal appeals court threw out an injunction seeking to block enforcement of an $18 billion ruling against the oil giant in Ecuador.

* Cuba: Construction could begin as early as this weekend of a deep-sea oil drilling rig off the Cuban coast that has raised concerns among some U.S. politicos.

* Paraguay: According to a Paraguayan environmental group deforestation in the Chaco region increased by 23% last year compared to 2010.

Note: For the next few days our daily “Today’s Video” posts will examine the freedom of the press in several Latin American and Caribbean countries.
On Tuesday media watchdog group Reporters Without Borders (or RSF based on its French initials) published their tenth annual press freedom index. Unfortunately the rankings decreased for most Latin American and Caribbean states including several countries whose position plummeted in 2011 compared to the previous year.

Chile nosedived by 47 spots and was ranked 80 out of 179 countries on the RSF index. Numerous factors accounted for such a sleep decline according to RSF:

In Chile, where student protesters questioned the over-concentration of media ownership, violence against journalists included beatings, cyber-attacks and attacks on editorial staffs. Many of these assaults, often accompanied by heavy-handed arrests and destruction of equipment, were carried out by abusive armed police who were rarely called to account.

Last week the Chilean government dropped their support of a controversial measure that would’ve permitted police to seize media images without a court order. Dubbed the “Hinzpeter Law” after the Chilean Interior Minister, the plan was decried by media groups and free speech advocates. Mauricio Weibel, president of Chilean Foreign Press Association, reportedly warned that the measure could damage Chile’s image and might be factored in to the RSF’s rankings.

In September 2011 we highlighted the case of an Argentine TV news crew who claimed unknown assailants while covering protests in Santiago attacked them. Less than a month after that, police arrested Chilevision journalist Luis Narváez after his cameraman was bumped into and possibly assaulted by an officer. As the following video shows, Narváez was detained seemingly for no reason despite him showing officers his press card and claiming his innocence:

Unfortunately Narváez wasn’t the only media member apparently targeted by the authorities while covering student protests in early October.

In our next "Today's Video" installment we’ll examine another South American state that plummeted in the latest RSF press freedom index.


* Ecuador: The government might shut down “underground clinics” that allegedly abuse their clients in order to “cure” their homosexuality.

* Argentina: In the latest war of words over the sovereignty of the Falklands/Malvinas, Argentine President Cristina Kirchner blasted British Prime Minister David Cameron for “trying to paint us as bad guys.”

* Nicaragua: A statement from U.S. Secretary of State Hillary Clinton said that Nicaragua's recent elections were “a setback to democracy” and added that President Daniel Ortega must be held accountable.

* U.S.: Four New Haven, Connecticut police officers including the president of the police union were arrested and charged with harassment and excessive force against members of the Latino community.

* Colombia: President Juan Manuel Santos issued an apology for the massacre of approximately fifty villagers by paramilitaries in 1999.

* Guatemala: Thousands of people climbed to the top of the dormant Volcan de Agua as part of an anti-domestic violence protest. 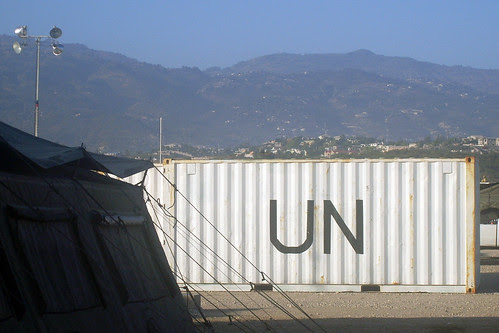 * Haiti: Four months after Uruguayan peacekeepers where accused of raping a Haitian man, investigations have been launched into two new cases of alleged “sexual exploitation of children” by U.N. staff.

* Brazil: The computer hacker group Anonymous attacked websites of Brazil's federal district as part of its protest against the closure of the Megaupload website. 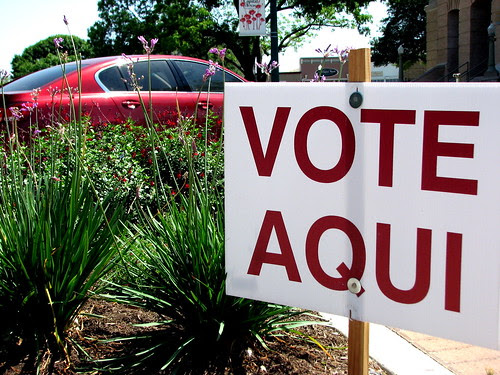 * U.S.: The U.S. Supreme Court rejected a lower court decision that would’ve allowed for the redrawing of Texas Congressional districts based on the state’s growing Latino population.

* Cuba: Berta Soler, the head of the Ladies in White dissident group, accused the government of “murdering” prisoner Wilman Villar Mendoza who died last week after going on a hunger strike.

* Brazil: Authorities allowed families in Sao Paulo’s Pinheiros favela to return and pick up their belongings after police raided the “sprawling settlement of landless workers” yesterday.

* Chile: In a unanimous decision the Chilean Supreme Court convicted a pair of retired military generals of illegally selling weapons to Croatia in 1992.