We will be back over the weekend to analyze several news stories and issues from the past week including an update on the Daniel Zamudio case in Chile and the latest hunger strike in Bolivia. (Correction: we'll return on Monday. Sorry for the abrupt change).

One of the biggest headlines from the past week in the U.S. has to do with the Secret Service agents who engaged with prostitutes ahead of the Summit of the Americas this month. The controversy has placed greater scrutiny on sex tourism in Colombia, which we will look at in more detail next week.

The following video from The VJ Movement examines the plight of Colombian refugees who are employed as sex workers in neighboring Ecuador. As the video shows, displaced women including girls reportedly as young as twelve are involved in the very risky yet profitable industry of illegal prostitution:

Video Source – YouTube via The VJ Movement Online Source - MSNBC
Posted by Erwin C. at 10:00 AM No comments:


* Honduras: Several thousand poor farmers occupied lands as part of a dispute with large landowners and the government while protests took place nationwide yesterday “against the high cost of living and the rapid increase of fuel prices.”

* Brazil: Finance Minister Guido Mantega presented a deal to the International Monetary Fund that would give the organization more support from the BRICS group of emerging economic countries.

* Dominican Republic: Health officials are scrambling to control a cholera outbreak that has already killed at least one person.

* Panama: The crew of a Carnival Cruise Lines ship has come under fire after ignoring calls for help from a stranded Panamanian fishing vessel.


On Wednesday we looked at the reactions of several leaders from the Americas and Europe to Argentina’s planned expropriation of energy firm YPF. U.S. Secretary of State Hillary Clinton noted on Tuesday that “having an open market is a preferable model” though she did not take sides. Over the past 24 hours, however, that stance has reportedly changed.

Spanish Foreign Minister Jose Manuel Garcia-Margallo claimed that his country along with the U.S. “will explore all ways in which we can cooperate to restore international legality.”

In remarks to the press after meeting with Clinton in Brussels, Garcia-Margallo said “all legal and opportune measures” are on the table for both countries to consider. That might include actions via bodies such as “the World Bank, the International Monetary Fund, the G-20, the Paris Club (of creditor countries) and any other institution where we can force action” against Argentina.

Though Clinton has yet to make a public pronouncement today over the YPF issue, State Department spokesman Mark Toner said yesterday “frankly, the more we look at this we view it as a negative development.”

In other news related to the possible nationalization of YPF: 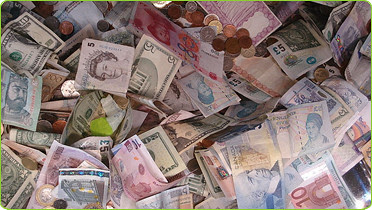 * Latin America: According to the International Monetary Fund, economic growth in Latin America and the Caribbean is expected to slump this year but rebound in 2013.

* Brazil: As part of a federal government push to revive a recent economic slump the benchmark interest rate might be decreased to a record low.

* Argentina: Are there cracks in the support of South American governments to Argentina’s Falklands claim? 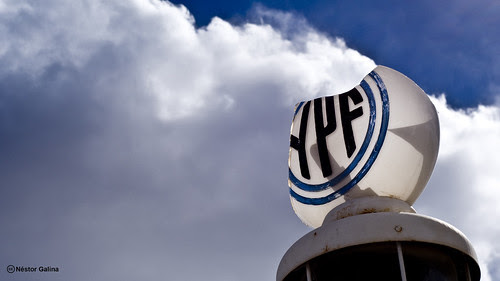 “No one in their right mind would invest in a country that expropriates investments,” Calderon said yesterday.

“This is absolutely a not very responsible measure,” added Calderon over the decision that will likely affect Mexico’s finances. (Mexico's state oil monopoly Pemex holds a 10% stake in Repsol).

Argentina’s president Cristina Fernandez de Kirchner announced the takeover of YPF on Monday claiming that low production that has forced the country to spend heavily on imported energy.

"We are the only country in Latin America, and I would say in practically the entire world, that doesn't manage its own natural resources," Fernandez said in a national speech.

Aside from Calderon and Peruvian economy minister Luis Miguel Castilla (who called Argentina’s actions “insane politics”), other Latin American leaders were not as critical.

“I’m not pleased with the response from wealthy Europe said Uruguayan president José Mujica who also clamed that Argentina’s 1992 decision to privatize YPF was “an error”. Venezuelan Foreign Affairs minister Nicolas Maduro said that his country’s government “welcomes and supports” the YPF takeover.

Others like Bolivian President Evo Morales distanced himself by noting the decision is “an issue between Argentina and Spain, of Repsol as a company and Argentina”.

U.S. Secretary of State Hillary Clinton said, “Decisions taken by the different countries are decisions they have to justify and will have to live with them.” But she added, “Models that include competition and market access have been the most successful around the world.”

“I must express my profound unease. It's a negative decision for everyone," Spanish Prime Minister Mariano Rajoy said on a visit to Mexico. His concerns were shared by other Spanish government officials like Foreign Minister Jose Manuel Garcia-Margallo claiming that Argentina had "shot itself in the foot."

Other European entities have given their diplomatic support to Spain including the European Commission, which “indefinitely postponed” an E.U.- Argentina meeting regarding bilateral trade.

British Foreign Secretary William Hague warned that Argentina’s actions “are damaging to business interests and will undermine Argentina's economy by reducing its attractiveness to international investors.” (Argentina and Britain are engaged in a war-of-words over the Falklands including concerns over offshore oil exploration near the disputed islands).

The president of Repsol claimed, “this battle is not over,” yet shares in the company tumbled by 7.5% in trading on Tuesday.

A Bloomberg article warned that Argentina’s president is “taking a page from (Venezuelan president) Hugo Chavez’s playbook” with the takeover of YPF. Yet one analyst interviewed in that article highlighted that the Argentine and Venezuelan economies are too distinct for the same types of economic policies:

“ (…) differences between the Argentine and Venezuelan economies mean Fernandez wouldn’t be able to expand her government’s role as much as Chavez has in Venezuela, where 90 percent of exports are oil and energy, said Igor Arsenin, head of Latin America strategy at Credit Suisse Group AG in New York.

“Argentina is a much more diversified economy,” Arsenin said. “Much of their foreign exchange revenues are coming from the agricultural sector and clearly you can’t nationalize that.”

“In Venezuela, “they’re able to run the state based on purely oil revenues and let the rest of the economy stagnate,” Arsenin said. 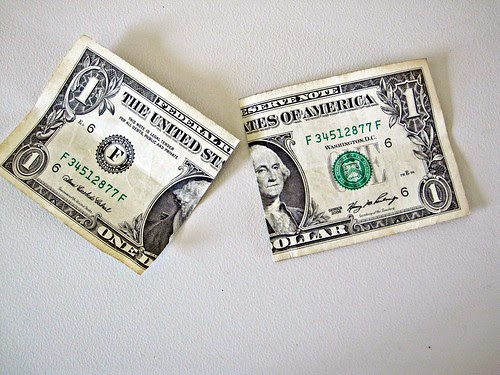 * U.S.: A study by the American Association of University Women found that Latina women earned only 61% of what white men earn, on average.

* Central America: Fears of an alliance between Mexico’s Zetas drug gang and Guatemala’s MS-13 may be “unfounded,” while a rumored pact between Salvadoran street gangs may have led to the country’s first murder-free day in three years.

* Cuba: A Cuban human rights group claimed that authorities detained over 1100 dissidents in March including some who were kept away from visiting Pope Benedict XVI.

Note: We’ve used the Soda Stereo song title “De Musica Ligera” to describe our series of posts looking at the world of music. Today we commence another series named after another Soda song in order to highlight TV programs that have caught our attention.
One of the hottest topics during the recent Summit of the Americas was whether drug legalization should be considered as a major policy change to the “war on drugs.” With numerous Central American countries facing problems with drug-related violence, it should come as no surprise that one of the strongest regional proponents of legalization was the president of Guatemala, Otto Perez Molina.

Panamanian president Ricardo Martinelli mentioned last month that Molina’s proposal to decriminalize drugs “deserved discussion and analysis”. For years Panama has been a major hub for money launderers though there have been recent increases in gang violence and a greater presence of drug trafficking groups. Thus, Martinelli’s willingness to examine alternatives to current counternarcotics strategies could be seen as a necessity in the face of increased insecurity in his country.

Tonight’s edition of "Dan Rather Reports" examines the consequences of the global drug trade on Panama. The following very brief video shows surveillance footage captured by the U.S. Coast Guard of “souped-up fishing boats” used by drug traffickers off the Panamanian coast:


* Puerto Rico: Norberto Gonzalez Claudio, a Puerto Rican nationalist accused of participating in a 1983 armed vehicle robbery in the Connecticut, has sought to be released on bond while he awaits trial.

* U.S.: A new Nielsen report concluded that the per capita income among Latinos in the U.S. is higher than in emerging economic countries such as Brazil, India and China.

Video Source – YouTube via newsntn24 (Norberto Gonzalez Claudio was arrested by the FBI last May over his alleged role in a 1983 armed vehicle heist).

Some residents of the Colombian city of Cartagena were not too pleased with the inconveniences caused by security measures and traffic restrictions during the weekend’s Summit of the Americas. But for approximately 1000 Afro-Colombian families the conference served as the ideal backdrop for them to receive the deeds to thousands of acres of ancestral lands.

As you can see in the below video via the Colombia government, President Juan Manuel Santos and his U.S. counterpart, Barack Obama, presided the hand over ceremony in the neighborhood of San Basilio de Palenque:

The restitution of land “to you and other Afro-Colombian communities is another step towards the end of the long conflict in this country and will help you become participants in the new Colombia,” said Obama during the ceremony on Sunday evening.

Both Obama and Santos reached several bilateral agreements over the weekend such as declaring May 15th as the official start of the free trade pact between both countries.

Furthermore, Obama announced that the U.S. would support Colombia’s bid to join the Organization for Economic Co-operation and Development, and the U.S. will extend the validity of visas for Colombian visitors on temporary basis from five years to ten years.


* Peru: Thirty-six energy workers kidnapped by the Shining Path last week were freed on Saturday though it’s unclear if a ransom was paid to the rebels.

* Latin America: Latin America is the top destination for emerging market private equity investors in 2012 according to a global survey of investors.


The sixth edition of the Summit of the Americas in Cartagena, Colombia ended on Sunday with the absence of a final declaration. Despite the disagreement among countries over issues like Cuba, the Falklands and drug legalization, consensus was reached in other areas.

Colombian president Juan Manuel Santos announced that countries at the summit agreed to give the Organization of American States (OAS) a mandate to examine illegal drug policies.

“Many assumptions are made over how to carry out the fight against drugs. Nobody knows exactly how to do it and this must be analyzed,” said Santos at the end of the summit.


A lack of consensus over several divisive issue has led to the absence of a final declaration at the Summit of the Americas in Cartagena, Colombia.

The thirty-one heads of government who attended the conference “dialogued sincerely” and in a “frank manner,” said Colombian president Juan Manuel Santos. “The lack of a final document does not mean that the summit was a failure,” said Santos at a press conference this afternoon.

One of the most disputed topics at the conference was the involvement of Cuba at future summits. “Most of the states back the inclusion of Cuba and hope that this can become a reality,” said Santos today. Meanwhile the ALBA bloc said that they will “not participate in any future Summits of the Americas without the participation of Cuba.” (The presidents of Ecuador and Nicaragua boycotted this year's summit due to the exclusion of Cuba).