To paraphrase Shakespeare, "to vote, or not to vote – that is the question".

This week a group called Latinos for Reform an ad in Nevada calling on Latinos eligible to vote to abstain in next month's legislative elections. "It is the only alternative so we may be taken seriously" claimed the ad that you can view here. Though the ad calls out Republicans and Democrats as "traitors" to the Latino community, most of the criticism is placed on President Obama and the Democrat-led Congress.

The controversial ad has drawn plenty of criticism in the press such as a Las Vegas Review-Journal columnist who deemed it "the most despicable and offensive political ad of Nevada's 2010 season". Univision dropped the ad with a spokesman for the latter saying that the network "prides itself on promoting civic engagement and our extensive national campaigns encouraging Hispanics to vote." Despite working with Republican clients, media consultant Lionel Sosa told NPR that would not have approved the ad since abstaining "is something for the voter to decide on their own."

Amid the controversy Latinos for Reform and its chief, Robert de Posada, defended not voting as a viable option "in a civic engagement situation." Yet de Posada, a former director of Hispanic affairs for the Republican National Committee, has been accused of producing the ad in order to to help the GOP in the run-up to midterm elections. Despite claims to advocate immigration reform the ad neglected to show the image of any Republican leaders or legislators. The ad was to air in a state where the Latino vote could be decisive in the Senate race between incumbent Harry Reid and opponent Sharron Angle. Furthermore, in 2008 Latinos for Reform produced a similar ad implyng that Obama's political rhetoric up to that point favored blacks and Africa over Latinos and Latin America.

It remains to be seen what type of effect the gambit by Latinos for Reform has on a Latino electorate that has grown increasingly frustrated with both major parties. (According to a recent Pew Hispanic Center poll "half of Latino voters said they were absolutely certain they will vote in the midterm elections, compared to 70 percent of all registered voters.") Such disappointment is understandable since Democrat legislators waffled on immigration reform and have not done enough to help a weakened economy. Meanwhile Latinos are surely turned off by some Republican candidates intent on demonizing immigrants in the name of short term political gain.

One of the most attention-grabbing counterarguments to the Latinos for Reform ad has come from Cuentame, a campaign run under the auspices of the Brave New Foundation. Cuentame previously gained attention for an outdoor billboard critical of Arizona's SB 1070 immigration law. Cuentame's newest strategy to advocate Latinos to head to the polls is simple: “Don’t Be a Cabrón, Vote”. (Their translation is "Don’t Be a Douchebag, Vote" though the word "cabron" has other meanings including some that are vulgar.)

Will this campaign will make an impact on the Latino vote next month? See for yourself:

* Cuba: Dissident Guillermo Farinas won the Sakharov human rights prize by the European Parliament, while the archbishop of Havana said that the government would release five more political prisoners.

* Bolivia: A deal was signed this week that would grant landlocked Bolivia access to the sea via a Peruvian port.

* Argentina: One of the country's main unions called a general strike in order to protest the recent death of an activist.

* Latin America: Haiti's Palace of Sans Souci and the pre-Columbian Guatemalan city of Mirador are among 200 international cultural sites that could soon disappear according to a Global Heritage Fund report.

* Latin America: Freedom for the media in most Latin American countries including Colombia, Honduras, Mexico, and Venezuela has unfortunately worsened according to Reporters Without Borders.

* Mexico: Good luck to the new police chief of the northern border town of Praxedis G. Guerrero – a 20-year-old student “whose only (prior) police experience was a stint as a department secretary.”

* Cuba: President Barack Obama said that he would be willing to continue the thaw in U.S.-Cuba relations yet warned, “we want to see that the Castro regime is serious about different ways to deal with the situation".

Image – Christian Science Monitor ("Members of the press protest violence against journalists in Mexico City, on Aug. 7. Marco Ugarte/AP/File”)
Online Sources- Knight Center for Journalism in the Americas, NPR, LAHT, Reuters
Posted by Erwin C. at 9:30 AM No comments:

A British man caught at a Washington airport said he was on a business trip in Argentina after authorities found religious statues of Jesus, Mary and Joseph filled with cocaine in his luggage.

The two statues were about 8 inches to a foot tall, figurines on an oval platform, reported the Washington Examiner. They carried an estimated $65,000 worth of cocaine bricks.

The Washington customs port director, Christopher Hess, issued a statement calling the arrest "a prime example of how Customs and Border Protection relies heavily on officer training and intuition as well as advanced technology to stop suspected illicit narcotics at our nation's ports of entry."

The group had smuggled 600 kilograms of cocaine, launched from Colombia and Venezuela, reported the AP.

Nearly half were born in Latin America, and a third hail from Mexico, UPI reports.

Also, the census reported that second-generation Americans are more likely to have education and make more money. For example, 59 percent of native-born people older than 25 with at least one foreign-born parent had some college education.

The research is from the Current Population Survey Annual Social and Economic Supplement's Foreign-Born Population of the United States: 2009, which you can find here.

Sources: Census Bureau, UPI
Posted by Alison at 10:20 AM No comments: 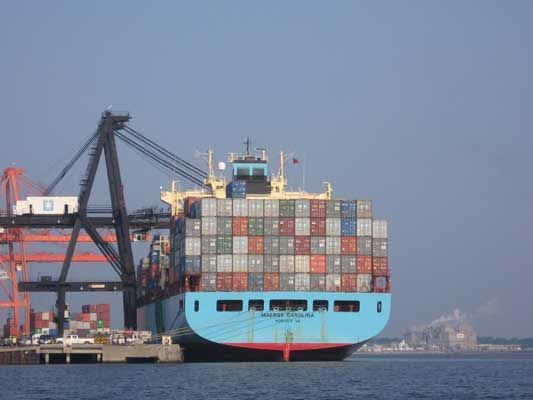 * U.S.: According to the Census Bureau 12% of the U.S. population (36.7 million people) is foreign born with nearly half of them coming from Latin America.

* Mexico: President Felipe Calderon proposed modifying the law so that military suspects involved in cases of forced disappearance, torture and rape get tried in civilian courts. 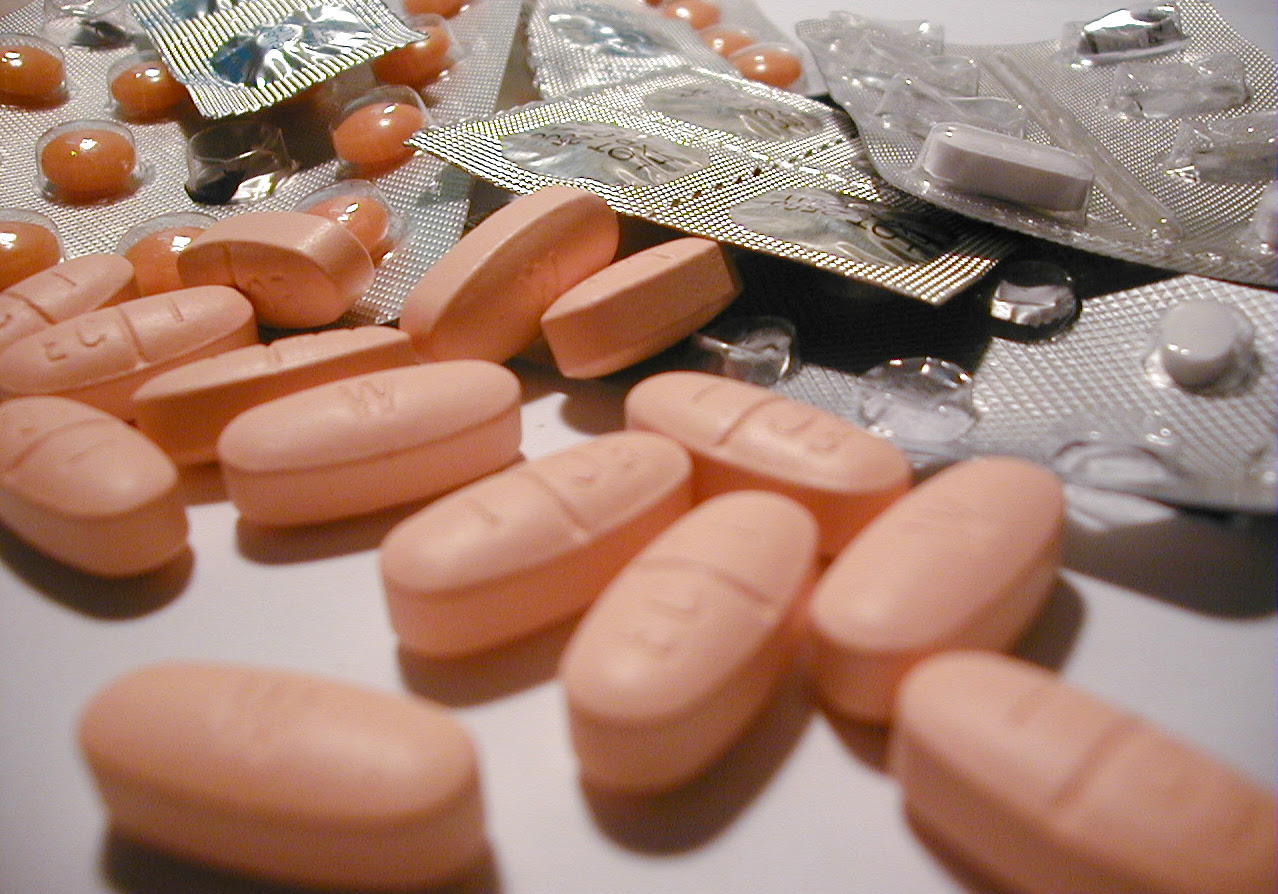 * U.S.: A report from Consumer Reports, NPR Radio and ProPublica concluded that over 17,000 physicians have drawn payments from major drug firms.

* Uganda: A local paper has come under intense criticism after publishing a blacklist of supposedly gay Ugandans.

* Europe: Will every E.U. nation agree with the idea of a region-wide tax in order to raise revenue?

Did you know that October is Breast Cancer Awareness Month in the U.S.? According to the Centers for Disease Control over 40,000 women died due to breast cancer in 2006 and it's the primary cause of cancer death for Latinas.

Nevertheless a study released last week found that detection and treatment of the illness among Latinas and blacks lag far behind whites. The study published online in the journal Cancer concluded that even accounting for socioeconomic differences and access to insurance there were still gaps between racial categories.

The following video discussed the recent findings of a College of Staten Island study on Latinas and breast cancer. The gist of the argument is that Latin breast cancer survivors need a better support system and that doing so would require a concerted effort from groups like health care professional and survivors' families:

* Costa Rica: The One Laptop per Child program will soon provide computers to some of Costa Rica’s poorest schools.

* Haiti: At least ten people including two children are died as the result of heavy rains that have hit Haiti this week.

* Cuba: The fate of a U.S. contractor detained in Cuba was reportedly the topic of a recent "high-level diplomatic exchange” between the two countries.

Image – The Telegraph (Control of the Falklands/Malvinas has been a sore spot on diplomatic relations between Britain and Argentina.)
Online Sources- Sydney Morning Herald, insidecostarica.com, The Latin Americanist, CNN, BBC News
Posted by Erwin C. at 9:30 AM No comments: 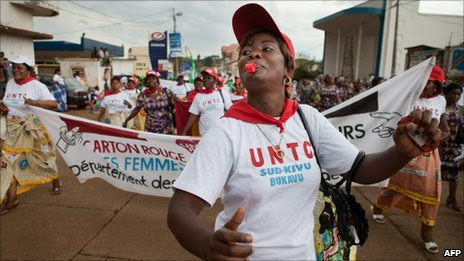 * Congo: Thousands of women marched against sexual attacks days after a report claimed that 15,000 Congolese women were raped in 2009.

* Philippines: Villagers in low-lying areas have fled for higher and safer grounds due to worries over Super Typhoon Megi.

Image – BBC News (“Many women carried banners with slogans such as ‘No to sexual terrorism’.”)
Online Sources- Xinhua, CNN, Reuters, The Guardian
Posted by Erwin C. at 2:45 PM No comments:

Bajofondo is likely best known as a group created by Argentina's musical jack of all trades Gustavo Santaolalla. Bajofondo is more than just one person, however, as their music incorporates sounds from the Rio de la Plata area in Argentina and Uruguay along with more contemporary music. Their early work from when they were known as Bajofondo Tango Club coupled tango along with electronic music. Their more recent efforts feature a more diverse and rich set of music mixed with the rioplatense rhythms that Bajofondo's members hold dear to their hearts.

Bajofondo will be playing tonight at New York's Highline Ballroom along with Contramano. If you can please check it out! 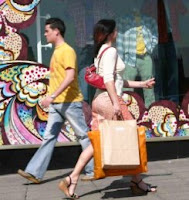 In Andres Oppenheimer's recent blog in the Miami Herald, he ponders what the rise of tourism to Miami means.

Tourism from Brazil alone increased by 15 percent this year, he writes, and Argentina and Colombia have also sent about 10 percent more tourists to the city.

He wonders if the increase will eventually mean a bubble burst for Latin America unless the countries diversify exports and create newer products to sell abroad.

Investing in "innovation and education" instead would also be a better option, he said.

"If most countries in the region added a big push for innovation, science, technology and education to their generally sound economic policies, we would all breathe more easily," he wrote.

Photo: miami-beach-travel-guide.com
Posted by Alison at 11:26 AM No comments:

If you're in New York, you have a chance to see one of the all-time best Latin films this week.

Cinema Tropical, a media non-profit in New York, is co-hosting with the IFC to present "The The Best Latin American FIlms of the Decade."

A panel of "critics, scholars and professionals" chose the films, according to the IFC, which include "The Headless Woman," a film by Argentina’s Lucrecia Martel, and "Bus 174" a Rio de Janeiro documentary.

Martel will also present her film La Cienaga at the festival.

“I think one of the key aspects of Latin American cinema has been its diversity … from more mainstream films like 'Amores Perros' or 'City of God' to more intimate art house films such as 'Silent Light' or 'Whiskey' or the work of Lucretia Martel," Cinema Tropical co-founder Carlos Gutiérrez told WNYC.

Latino voters might make the biggest voting impact in New Mexico, according to a new report by the Pew Hispanic Center.

Latinos in New Mexico are 38 percent of eligible voters, the Pew Hispanic Center reported in a recently released profile of voters eligible to vote in November.

The Center issued fact sheets for each state, with facts such as New Mexico's Hispanic population is the ninth-largest in the nation.

The Center, along with "Mapping the Latino Electorate," their new interactive map, provides a profile of each state's voters.

Read more about the impact Latinos can have in November here.

Photo: Mifamiliavota.net
Posted by Alison at 11:03 AM No comments: 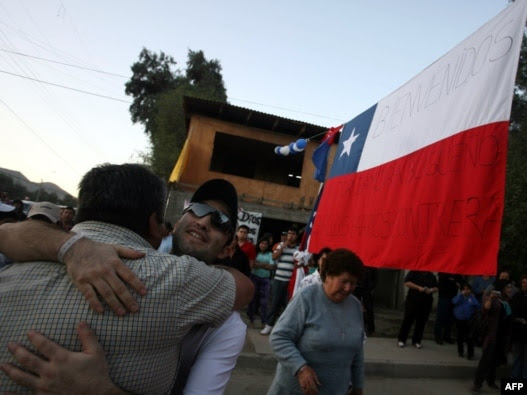 * Chile: While there was plenty of attention focused on the 33 rescued miners in Copiapo, Chile's Congress quietly approved raising royalty fees on large mining firms.

* U.S.: Are "culture and behavioral differences rather than genetics" the reasons why Latinos have a longer life expectancy than whites and blacks?