Weekend World Watch: The Long Road Ahead in Yemen


* Yemen: At least twenty-six people were killed in a car bombing that occurred hours after Abd-Rabbu Mansour Hadi was sworn in as the country’s new president.

* Italy: Judges dismissed the bribery case against former Prime Minister Silvio Berlusconi though he continues to face charges of corruption and sex with an underage prostitute.

* Afghanistan: NATO withdrew its personnel working in Afghan ministries in Kabul after two U.S. officers were killed amid heavy protests.

* Central America: A riot in the Puertas de la Esperanza prison in Nicaragua ended peacefully while Honduran President Porfirio Lobo claimed that he would pardon an inmate who “put himself at incredible risk trying to save lives” during a recent deadly prison fire.

* Puerto Rico: Who was responsible for leaving a military torpedo at a Puerto Rico recycling center?

We'll be back over the weekend to look at several news stories from the Americas that took place over the past week.

One of the biggest headlines from the past few days was the train crash in Buenos Aires on Wednesday that killed fifty-one people and injured over 670.

In December 2004 another tragedy took place near the site of Wednesday's accident: the fire at the República Cromañón nightclub. A portion of the Bartolomé Mitre Street was subsequently closed after a makeshift memorial was built in honor of the 194 concertgoers who died in the Cromañón blaze. Yet it was claimed in a few Argentine press articles that closing the one-block stretch impeded the quick access of rescuers and emergency services to the Once train station.

In the aftermath of the accident Buenos Aires authorities announced that they would reopen the closed part of Mitre Street to traffic and relocate the memorial. Some relatives of the victims of the Cromañón fire were not pleased with the decision such as one who asked the local press "Why don't they show some respect and search for those still missing in the crash?"

On Friday afternoon local officials and some of the victims' families of the Cromañón fire reportedly reached a compromise. The temporary monument would remain undisturbed while a new parallel road would be created that would allow for vehicular traffic.

Is the creation of the new road next to Mitre Street a fair and just resolution or a problematic solution? We'll let you judge for yourselves with the help of the following video from Argentina's Noticias C5N: 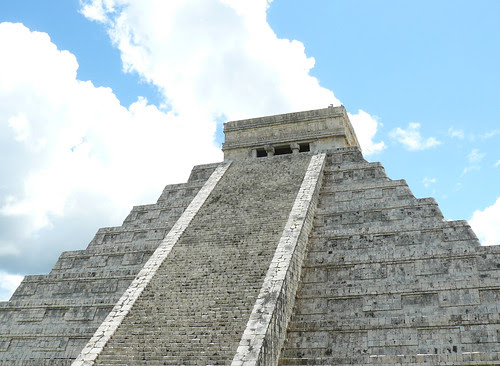 * Latin America: According to Mexican and British researchers a severe drought led to the demise of the Mayan civilization over one thousand years ago.

* Argentina: The blame game into the cause of Wednesday’s train crash that killed fifty people continued with allegations of government corruption and malfeasance by the heads of the private firm that runs the Buenos Aires passenger rail network.

* Venezuela: President Hugo Chavez is expected to arrive in Cuba today in order to undergo an operation for a new lesion in the same area where a cancerous tumor was removed last year.

* El Salvador: Ex-defense minister Carlos Eugenio Vides Casanova may soon be deported from the U.S. to his native El Salvador where he awaits trial for alleged “war-related crimes.”


* Syria: President Bashar al-Assad and other members of his regime may be responsible for “widespread human rights violations” and possible crimes against humanity according to a U.N. report issued on Thursday.

* World: German Chancellor Angela Merkel asked for forgiveness for the state’s role in botching up the investigation into a “neo-Nazi killing spree”, while U.S. President Barack Obama apologized for the burning of copies of the Koran at a military base in Afghanistan.

* India: The government has come under fire for opposing and then backing a Supreme Court ruling that decriminalizes gay sex.

* Somalia: Representatives from over fifty countries are meeting in London in order to discuss the security and future of Somalia. 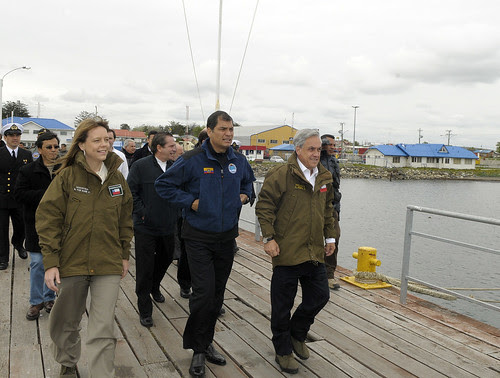 * Ecuador: President Rafael Correa said that he might annul the controversial prison sentence against three former newspaper directors accused of libeling him. (Note: link is in Spanish).

* Honduras: Relatives of some of the 359 inmates who died in a Honduran prison fire last week have called on authorities to confirm a preliminary report claiming that the cause of the blaze was accidental.

* U.S.: A group of Latino student activists supporting the DREAM Act protested outside of the site of last night’s Republican presidential debate in Arizona.

* Bolivia: At least ten people are dead as a state of emergency was issued for parts of the Amazon region hit by heavy flooding.

At least forty-nine people are dead and approximately six hundred are injured after a train derailed during the morning rush hour in Argentina’s Buenos Aires province:

Police spokesman Fernando Sostre told the local press that the train from the neighborhood of Moreno crashed into a platform at the Once train station at approximately 8:30 AM. Moreno added that the collision “caused all the inertia and energy to impact the first eight railcars with the greatest impact hitting between the first and second cars.”

Eyewitnesses reportedly told the local press that first car, reserved for passengers who use bicycles, was a “tangled mess of steel and glass” as a result of the accident. “There were a lot of people hurt, a lot of kids, elderly,” said one person to Reuters.

According to Transport Minister Juan Pablo Schiavi the accident occurred when the train’s brakes failed as it approached the station and the convoy crashed through the buffers at the end of the line. Nonetheless, Schiavi noted that “everything was filmed” by closed circuit cameras at the station and this will “facilitate the investigation” into the crash.

The train involved in today’s crash was allegedly imported to Argentina forty or fifty years ago and was not properly maintained according to local labor leaders. “We have been denouncing for many years the (poor) state of the rolling stock,” said Rubén Sobrero with regards to the supposedly outdated and poorly maintained equipment in the Argentine rail system.

Over the past year there have been a handful of train crashes and derailments that have killed at least thirty people and left hundreds injured. This year alone two people died in reportedly overcrowded trains though it's unknown if the train involved in this morning's crash held more passengers than it's intended to carry.

Until today the deadliest accident from the past twelve months happened last September when eleven people died in a collision at a train crossing in the Buenos Aires suburb of Flores.

Update: The death toll from Wednesday's train accident has increased to fifty and their are officially 676 people injured. "There are amputees and people who have had cardiorespiratory arrests. Everything you can imagine from a situation like this," said Alberto Crescenti, the president of Argentina's emergency care system.According to the EFE news agency, the eight-car train that crashed held approximately 1200 passengers and traveled at about thirteen miles per hour when it entered the station. Furthermore, "hundreds of passangers traveled standing up and near the train's doors" in order to quickly jump off the train and onto the platform of the very busy Once station.President Cristina Fernandez de Kirchner cancelled several official events including one that was reportedly going to address Argentina's claims to the Falklands Islands. She also declared Thursday and Friday as dual days of mourning.In the aftermath of the accident, the Kirchner administration has come under fire by opposition politicians including legislators who called for the prompt resignation of Transport Minister Juan Pablo Schiavi. 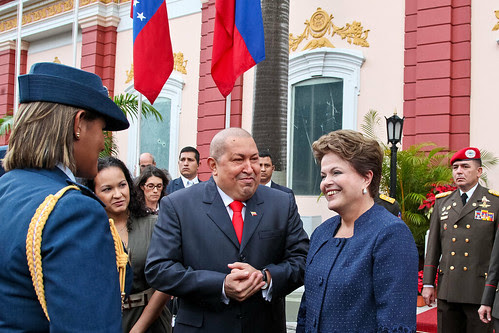 * Venezuela: President Hugo Chavez said that he would soon return to Cuba for surgery to treat a new lesion in the same area where a cancerous tumor was removed last year.

* Mexico: Unrest broke out once again in the Apodaca prison where forty-four inmates died in a riot over the weekend, while three detainees where reportedly stabbed to death in the Topo Chico prison.

* U.S.: Comcast announced the creation of four new channels including a Latino-oriented network run with input from director Robert Rodriguez.

* Honduras: Relatives of some of the 358 inmates who died in a Comayagua prison fire last week continue to camp outside a Tegucigalpa morgue and wait for their loved ones to be properly identified.

* Ecuador: The country’s Supreme Court could hear an appeal by Chevron after a lower court rejected a multibillion-dollar arbitration favoring the U.S. oil firm.

* Chile: Police shutdown a stretch of the Pan-American Highway in Chile near the border with Peru after floodwaters unearthed a pair of landmines.

Funerals have token place over the past several days for some of the over 350 inmates who died in a major prison fire last week in Comayagua, Honduras. Their mourning is mixed with anger and distrust against authorities who may be handing over the incorrect remains of their loved ones.

Though the fire occurred in Honduras, the incident could have easily occurred in a region rife with problems relating to the prison system including overcrowding and unsanitary conditions. Over the weekend alone forty-four people died in a Mexican prison riot that may have served as a cover for a planned escape by thirty inmates. Meanwhile border agents in Chile and Bolivia were placed on high alert after over a dozen convicts escaped from a Peruvian prison yesterday.

The following video is an excerpt from a documentary entitled “Under the Brazilian Sun” that examines the many dilemmas in the Brazilian prison system including extreme overcrowding:

As noted in the latest edition of the BBC World Service’s “World Have You Say” program, the tragedy in Comayagua has led to increased scrutiny of the prison systems in Honduras as well as the Americas. But will this lead to serious and meaningful reforms or will history sadly repeat itself? 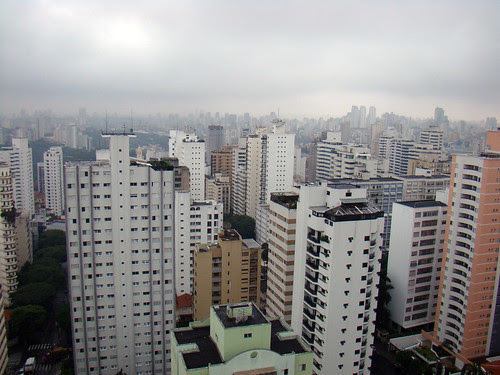 * Brazil: According to risk consultancy firm Maplecroft the BRIC group of economically emerging countries that includes Brazil continue to be vulnerable to a possible global crisis.

* Mexico: U.S. Secretary of State Hillary Rodham Clinton and Mexican Foreign Minister Patricia Espinosa signed a deal for the “development of oil and gas reservoirs” in the border area in the Gulf of Mexico.

* Paraguay: Tranquilo Favero, the head of Paraguay’s largest soy producer, apologized after claiming that “you have to treat (farmworkers) like a bad woman, with a stick.”