* Egypt: Clashes have taken place between Cairo police and mourners angry at military authorities in the aftermath of a deadly soccer riot on Wednesday in Port Said.

* Space: International astronomers concluded that a new planet located about twenty-two light years from Earth might be able to support life.

* Europe: At least one hundred people are dead as a result of cold spell that has hit several European countries.

* Afghanistan: U.S. Defense Secretary Leon Panetta indicated that troops could withdraw early from Afghanistan in 2013 though it remains to be seen if NATO forces will do the same.

Video Source– YouTube via Al Jazeera English (” Egypt has declared three days of mourning for the more than 70 people who died at a football stadium amid violent clashes between rival supporters in the northern city of Port Said.”)
Online Sources – The Guardian, National geographic, TVNZ, USA TODAY
Posted by Erwin C. at 5:00 PM No comments: * Mexico: According to the central bank remittances to Mexico grew by 6.9% in 2011; thus, representing the biggest rate of increase since 2006.

* Guatemala: Can the government and civil society unite to combat a “relentless wave of femicides”?

* Venezuela: Trade between Cuba and Venezuela reportedly soared by 78% to over $6 billion in 2010.

Last week Demián Bichir of Mexico and Argentine-French actress Bérénice Bejo received Academy Awards nominations in the categories of Best Actor and Best Supporting Actress, receptively. While the recognition of these Latin American actors was well deserved, the Academy sadly overlooked films from the region when choosing the finalists to the Best Foreign Film category. Not a single film from Latin America made the January shortlist, much less the list of five finalists.

Movies such as a tender tale of friendship from Cuba and a ripped-from-the-headlines story from Mexico where ignored by the Academy although Chile’s entry to the Oscars got a boost several days ago at the Sundance Film Festival.

According to the Santiago Times:

“Violeta Went to Heaven,” directed by Andrés Wood, won best international picture for its devastating biopic about Violeta Parra, a Chilean folk musician and national icon whose songs encapsulate the fight for social equality in Chile.

“It speaks well of the film that it can be appreciated outside of Chile,” Wood told La Tercera. “The award means “Violeta” will be distributed in U.S. so now more people will be able to appreciate it.”

In winning best international film, “Violeta” follows in the footsteps of Sebastian Silva’s “La Nana,” a Chilean production which delves into the dominant social hierarchies and prejudices of Latin American society. “La Nana” won the award in 2010.

The following is the trailer to “Violeta Went to Heaven,” a film that celebrates the trials and tribulations of one of Chile’s most celebrated individuals:

Parra committed suicide forty-five years ago this Sunday though her influence has certainly lived on.


* Peru: Authorities are trying to avoid the growing encroachment against natives like the Maschco-Piro tribe who reside in remote areas of the Amazon.

* Latin America: Drought conditions in have led to a reported drop in the planting of marijuana in Mexico and a decrease in the corn yields of several South American countries.


* Haiti: Haitian human rights groups as well as the U.N. criticized a judge’s decision yesterday to try former dictator Jean-Claude Duvalier only on charges of embezzlement and corruption.

* Latin America: According to the Iranian state-run media, the government has launched a 24-hour Spanish-language television network.

* Cuba: Brazilian President Dilma Rousseff arrived in Cuba yesterday and is expected to meet with President Raul Castro before traveling to Haiti later this week. 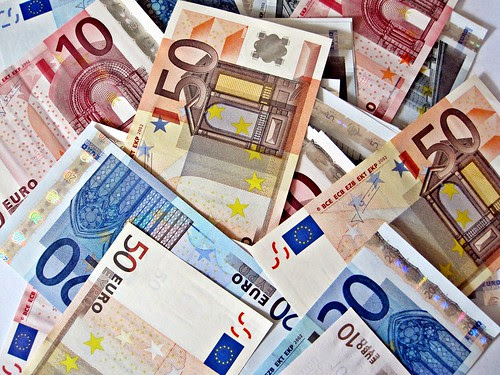 * Europe: European Union leaders are supposedly close to reaching a deal for greater regional fiscal discipline as well as an agreement over a second Greek bailout.

* Iraq: Several Iraqi government officials are none too pleased over the alleged use of "unarmed aerial vehicles" (also known as drones) by the U.S. in Iraq’s territory.

* Canada: Three members of a family where convicted of murdering four female siblings in a 2009 “honor killing” that was described by a judge as "cold-blooded (and) shameful".

* Japan: New government data revealed that the Japanese population would decrease by one-third by 2060 due to low birth rates coupled with a rapidly aging populace.


* South America: Funerals where held yesterday in Peru for some of the twenty-seven victims killed in a fire at a drug rehab clinic while the official death toll from last week’s office building collapse in Rio de Janeiro rose to seventeen.

* U.S.: The police chief of East Haven, Connecticut will step down from his post days after four officers where accused of racial profiling and harassing Latino residents.

* Venezuela: According to police kidnappers freed the Mexican ambassador to Venezuela and his wife this morning after they where abducted in Caracas on Sunday night.

* Paraguay: President Fernando Lugo’s medical team said that the cancer that was first diagnosed in August 2010 is now in “complete remission.”