Although this article is from 2002, Criticas magazine published a very handy list of 100 Latino fiction books that “you should stock.” 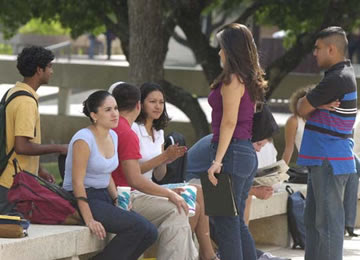 A study released on Wednesday by the National Academy of Sciences says that the growth in Hispanics in the is necessary to offset the jobs left behind by retiring baby boomers. Hence, the study claims that the must meet the economic and educational requirements of Hispanics or else “risk a severe shortage of skilled labor in coming decades.”

(Submitted by David) Prompted by the precedent-breaking elections of Michelle Bachelet in Chile and Portia Simpson Miller in Jamaica, in addition to the probable Lourdes Flores victory in Peru, The Miami Herald profiles women's rise to the top in Latin America. (Miami Herald)

The Washington Post profiles prostitutes in Rio de Janeiro that are actively campaigning to spread information about sexually transmitted diseases and to distribute condoms and information about AIDS. USAID has refused to declare Brazil eligible for grants to combat AIDS because the US government disapproves of such activities, and because the Brazilian government refused to 'formally state that prostitution is dehumanizing and degrading'. (WAPO) 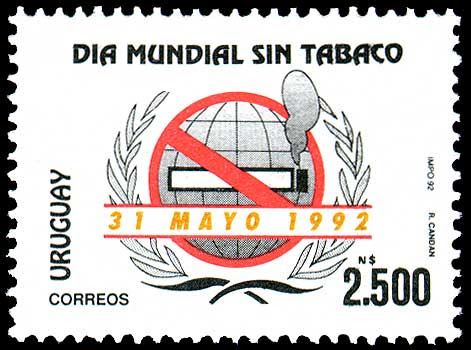 Starting today, it is illegal to smoke in enclosed public spaces in . Government figures estimate about 5000 people die yearly from diseases related to smoking.

To close or not to close? That is the question surrounding a Mexico City hotel

officials quickly backtracked Wednesday afternoon from shutting down a U.S.-owned hotel accused of code violations, and that had expelled Cuban delegates from a conference a month ago.

“What is a Hispanic???”: a question the mainstream media should ask

In light of increased hiring of Hispanics by the mainstream media over the past year-and-a-half, Hispanics continue to be seen as a “generic”, homogenous group by the media. Hence, the author feels that the media needs to ask “what does it mean to be Hispanic,” a similar concern expressed in a blog entry on Tuesday by Taylor Kirk.

(Image shows the racial combinations selected by Hispanics in the according to the 2000 Census).

The Nation on CAFTA

"Judging by the treaty's impact on working people throughout the Americas, and by its rocky reception thus far, CAFTA's proponents can expect more backlash to come," says The Nation. (The Nation)

Another Presidenta for South America?


That day, voters in the Andean nation will go to the polls to replace the widely unpopular President Alejandro Toledo. Lourdes Flores Nano, a Congresswoman of the conservative Popular Christian Party, is ahead of two prominent leftist candidates (and many others whose probable vote will remain in the single digits). Though staunchly pro-business, she has made a significant effort to assure the Peruvian poor that they will not be forgotten under an economically liberal administration. She has a top-notch campaign underway, led by Gloria ‘Glorisa’ Ramirez, former campaign manager for Alvaro Uribe and Andres Pastrana, the President and ex-President of Colombia, respectively.

Flores’ candidacy resembles Bachelet’s beyond representing a common gender. Bachelet’s being a woman was hardly the only thing that made her stand out; she is divorced (a practice legalized in Chile only in 2004), an agnostic (in an overwhelmingly Catholic country) and a single mother of three. Flores is similarly an atypical Peruvian woman, as she has never been married and has no children. Though Bachelet is not Latin America’s first female leader, she is the first to come to office independently, without riding on the coattails of a husband or other relative. If Flores were to win, she would be the second.

Polling numbers are not as favorable for Flores as they were for Bachelet at this stage in her campaign, but she is still the front-runner with 33% of the probable vote, according to polling firm Apoyo. The increasingly controversial Ollanta Humala finds himself in second place with 26%, in a statistical tie with former president Alan García. Accusations of human rights violations have plagued Humala’s campaign from the beginning, which worsened when a fifth person filed criminal complaints against him earlier this month. Humala was serving in the Peruvian army in 1992, fighting the country’s protracted war against the Maoist Shining Path rebels. It was at this time that the army allegedly carried out murders and kidnappings of civilians in the northern jungle town of Tocache, an operation that residents claim was lead by Ollanta Humala, using the nom de guerre ‘Captain Carlos’. Humala has denied the allegations, but admits that he was in Tocache at the time and that he used the nickname, which he claims was also used by several other military commanders.

Though prosecutors are still looking into the claims the evidence is damning enough to convince a weary public that Humala was up to no good. As the plaintiffs begin public testimony the details will be shocking enough to associate Humala with the atrocities in the public’s mind, whether or not he is guilty. Human rights groups have offered to pay the legal bills of those filing criminal complaints, so the scandal has virtually no chance of being swept under the rug before April 9th.

Flores is unlikely to acquire the majority she needs to avoid a runoff, but polls indicate that she would easily defeat García or Humala in a runoff. As a cautionary note, recent trends in Latin American polling activities have shown the leftist vote repeatedly underestimated, which may result in a closer race than expected. Election watchers experienced this in the Bolivian election in December and the recent elections in Costa Rica. Evo Morales easily won a race that pollsters had predicted would be much tighter, with the same phenomenon producing the reverse effect in Costa Rica, where Oscar Arias was set to win by a ten point margin that turned out to be less than 0.5%.

Barring a catastrophe, Peru will have her first female president this year. Though this milestone will by no means cure the nation’s many woes it is an important step for women’s rights in the region, and an example for the rest of the world. More pragmatically, her campaign leads one to believe that she will have the courage to oversee important economic reforms while keeping in mind that a swift and complete adoption of neoliberal policies has seldom worked in Latin America. Only when she has taken office will we be able to judge the implementation of her policies, and whether eschewing the lads for a lady president will bring Peru the competent leader the country needs.
Posted by Taylor Kirk at 10:21 AM No comments:

Film Review: Our Brand is Crisis

For those in the New York City area, Our Brand is Crisis will air starting tonight and for the next two weeks at Manhattan's Film Forum. Charges have been brought against the Ford Motor Company in alleging that Ford actively and knowingly participated in the torture of auto plant workers in the 1970s.

After a US-owned Mexico City hotel ejected 16 Cuban delegates from its property city officials closed it down until managers would pay a $15,000 fine and correct the violations cited, which included faulty building permits. The move was ostensibly in retaliation for the hotel's violation of Mexico's sovreignty, but DF officials said that other hotels had been shut down for the same building code violations. (Yahoo)

Mark Fonseca Rendeiro was nice enough to have me on his podcast this weekend to discuss the election in Costa Rica. I was very nervous, as this was my first, and I must have said the word 'actually' 80 + times! How embarrassing. Mark was very accomodating though, and put up with me as an amateur. Listen to the segment here and make sure to go to his homepage to check out his other fantastic productions. (BicycleMark)

Trust in the Bolivian judicial branch

Miguel Buitrago's blog discusses the reliability of surveys on the Bolivian population's trust in the judicial branch, and the effect the lack of strong institutions may have in building the country's democracy. (MABB)

Venezuela expands subsidies to US poor

Connecticut has become the new public relations battleground between Hugo Chavez and President Bush, as Venezuela expanded its controversial program of providing fuel subsidies to the US poor in the northeastern state. (Brocktown News) Blogger Connecticut Conservative is not very happy with this arrangement.

Patents in the Caribbean

KnowProse.com discusses how patent law in the Caribbean is affected by CARICOM. (KnowProse)

caribbean, free trade,latin america, patents
Posted by Taylor Kirk at 10:39 AM No comments:

A reality show in Guatemala covers the lives of former gang members as they struggle to rehabilitate their lives and get along with street rivals. WAPO in English and Spanish.

On the heels of Bebel Gilberto’s hit album Tanto Tempo, more and more musicians are dabbling with electro-Latin or Latintronica, a musical genre mixing electronic music with traditional Latin music. For groups such as Nortec Collective, Bossacucanova, and Plastilina Mosh, Latintronica represents “the exuberance - the magical realism and the reckless appetite for life that most Latin music has - and (the) melancholy feel that defines all Latin music”.

To be a minority within a minority: dark-skinned Latinos and Muslim Hispanics

Black Latinos seem to be caught within two ethnicities and are not fully accepted by ether blacks or Latinos, notes an article in Monday’s Post-Gazette. This becomes especially difficult in the case of dark-skinned immigrants from countries such as Puerto Rico or the as one dark-skinned Boricua says "(In the U.S.) everybody is trying to put you in a box. There is no space to be you." Colombian and trade representatives announced on Monday that both countries have arrived at a free trade deal that would lower tariffs and ease trade barriers. Also, the Bush administration said that the Central American Free Trade agreement will commence in on March 1st.
central america bush administration free trade CAFTA el salvador colombia
Posted by Erwin C. at 2:12 PM No comments:

Portia Simpson Miller won Saturday’s election for Jamaican Prime Minister and is set to assume the office sometime next month. Residents of the ’s poor when she becomes PM. 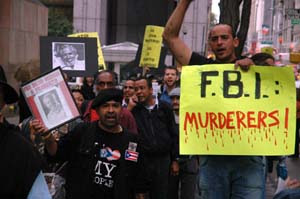 Over 1000 people marched in on Sunday against FBI activities in Puerto Rico, including accusations of terrorism by Los Macheteros and the 2005 killing of a nationalist leader.
bush administration los macheteros FBI puerto rico terrorism
Posted by Erwin C. at 1:20 PM 1 comment:

Is poised to be the Central American version of ? Maybe not, but that has not stopped Belize’s government from planning around two recently discovered oil wells capable of producing around 5000 barrels per day. 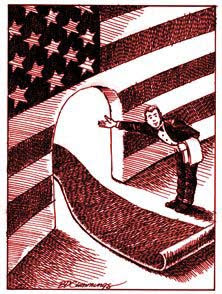 Governors representing both Republican and Democratic parties plan to meet with the President and his cabinet this week in order to discuss immigration. While some governors call for stricter measures to curb illegal immigration, others worry that being too strict would hurt their state’s economies.

’s government declared over 65 trapped coal miners dead one week after an explosion at a Coahuila mine. Some family members of the miners have continued keeping vigil until the bodies are found, and the Mexican government has promised a thorough investigation of the explosion.

mexico coahuila coal mining
Posted by Erwin C. at 10:07 AM No comments: