We hope to be back over the weekend with a few news and notes, while we'll resume next week our look at possible Latin American and Caribbean nominees for top foreign film at the upcoming Academy Awards.

With Halloween and the Day of the Dead being celebrated in a few days why not highlight a horror film?

The plot of Uruguayan flick “La Casa Muda” (“The Silent House”) can be boiled down to the following: father and daughter arrive at a creepy cottage, hear some noises coming from the upper floor and the father goes from room to room investigating the mysterious sounds. Yet the seventy-eight minute film unfolds in a unique way since it was allegedly shot in a single take. (Hence the tagline to the English-language movie poster: Real Fear in Real Time.”)

Adding to the film’s unique style was it’s very low budget ($6000) and that it was shot with a handheld digital camera. Furthermore, the film was purportedly based on real life events that took place in Uruguay in the 1940s.

“La Casa Muda” has a 76% rating on the Rotten Tomatoes website with critics praising it for aspects such as its score and filming in one take. The movie has also been featured in several international film festivals including the Cannes Film Festival. Meanwhile, English film critic and horror movie buff Mark Kermode gave a mixed review to the movie though he praised it for its “atmosphere.”

Below is the trailer for “La Casa Muda” where you can see for yourself if the film is gimmicky or spine tingling: 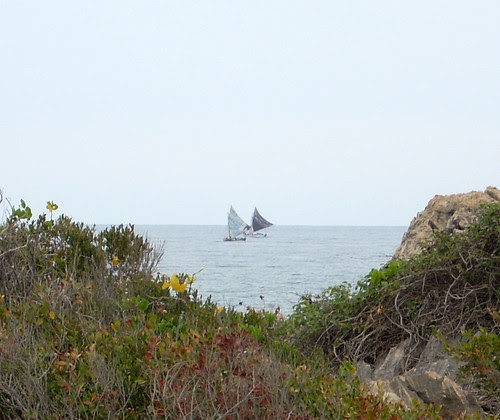 * Haiti: A new global ranking by British risk analysis firm Maplecroft found that Haiti is the country with the highest risk of being impacted by climate change.

* Dominican Republic: Dominican police were behind an "alarming" 10.5% of the nation's killings in 2010 according to Amnesty International.

* Colombia: Tens of thousands of people marched in Bogotá on Wednesday against government-backed education reforms.

* Mexico: State oil company Pemex was hit with a massive $5.8 billion loss in the third quarter after posting a profit in the previous quarter. 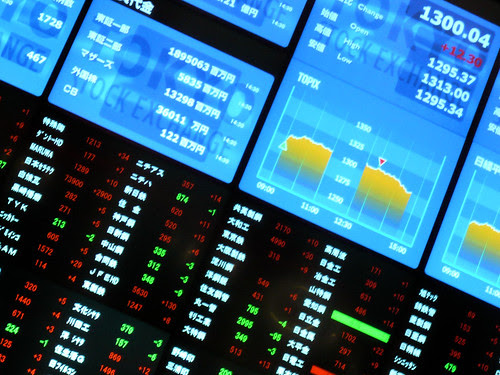 * World: Stock markets around the world surged on Thursday reportedly due to investor optimism over a deal aimed at halting Europe's sovereign debt crisis.

* Kenya: Are representatives of “extremist group Al-Shabaab” seeking negotiations with the Kenyan government?

* Middle East: Twenty-six people including an alleged spy were involved in a prisoner swap between Israel and Egypt.

* Asia: Japanese insurance companies could pay as much as $2.5 billion to clients in flood-ravaged Thailand.

* Mexico: Hurricane Rina may've weakened but that hasn’t prevented residents along Mexico’s Gulf coast to be on high alert.

* Latin America: According to a U.N. panel foreign direct investment in Latin America and the Caribbean rose by 54% in the first half of this year compared to the same period in 2010.

* Cuba: A newly released government has reportedly raised concerns over a rapidly aging Cuban population that could impact the island’s economy. 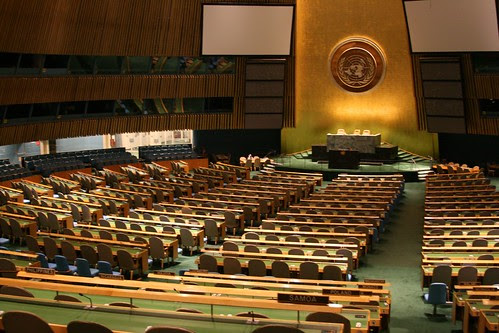 * Cuba: For the twentieth consecutive year the U.N. General Assembly called for an end to the decades-long U.S. economic embargo on Cuba.

* Paraguay: Will Paraguay seek military aid from neighboring Brazil in order to combat the growing threat of guerilla activity?

* Venezuela: The outgoing Commissioner for the Inter-American Commission on Human Rights slammed criticism of the body from the Venezuelan government.

* Mexico: According to a joint report between the U.N. and the Organization of American States, Mexico is the world’s fifth-most dangerous country for journalists.

With Halloween less than a week away, we will feature numerous videos with themes related to Halloween as well as the Day of the Dead.

For almost six months student-led protesters in Chile have urged reforms to the country's education system. Tensions persist between protest leaders such as the increasingly popular Camila Vallejo and senior officials including President Sebastian Pinera. Furthermore, the demonstrations have occasionally been violent with clashes between some marchers and police.

Last June approximately 3000 protesters participated in a unique protest in front of the presidential palace to call attention to their cause. The banners and insignias were gone and replaced with zombie costumes and choreographed dancing. Their "Thriller" protest seen in the video below made headlines worldwide and showed that the demonstrators were unified in their aims. 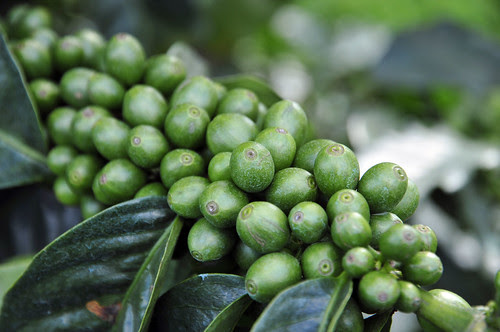 * Latin America: The price of coffee could rise due to bad weather hindering Colombian coffee output, while Hurricane Rina strengthened to a Category 2 storm near the Yucatan Peninsula.

* Peru: According to a senior Peruvian official his country and the U.S. are negotiating “a bilateral defense agreement” that would also include greater counternarcotics aid.


In January 2010 the Mitofsky consulting firm concluded that Argentina’s Cristina Fernandez de Kirchner had the lowest approval ratings among leaders from across the Americas. Few would have predicted at the time that less than two years later she would be reelected to the presidency by a landslide.

Kirchner easily won in the first round of Sunday’s presidential elections with approximately 54% of voters selecting her, nearly 40% more than second-place candidate Hermes Binner. Her margin of victory is the greatest since Argentina returned to civilian rule in 1983 and she will also becomes the first female Latin American president to serve to consecutive terms.

Thousands of Kirchner supporters gathered last night in Buenos Aires' Plaza de Mayo during her victory speech. "Count on me to continue pursuing the project…All I want is to keep collaborating ... to keep Argentina growing. I want to keep changing history", said Kirchner according to BBC News. She also made an emotional reference to her late husband, ex-president Nestor Kirchner, who she called the “man who transformed Argentina.”

Kirchner’s victory extended beyond her reelection; the Kirchnerismo political faction regained the majority in the legislature that it lost two years ago. Most of the winning gubernatorial candidates represented the Kirchner-led Frente para la Victoria (Front for Victory). Nevertheless, the opposition did produce one major surprise when the Socialist candidate Binner received more votes for the presidency than more established names like former interim president Eduardo Duhalde.

Kirchner’s decisive win could be attributed to various factors including the deep fragmentation within the right-wing Peronists, the creation of popular social programs and widespread sympathy for her after her husband passed away unexpectedly one year ago this month. Strong economic growth also worked to her advantage though an article in The Guardian noted that it might soon become a liability for the reelected presidenta:

(Kirchner and Vice President-elect Amado Boudou) have championed an Argentinian solution to countries facing a debt crisis: nationalize private pensions and use central bank reserves to increase government spending rather than impose austerity measures, and force bondholders to suffer before ordinary citizens.

The candidates debated how prepared Argentina was for a global slowdown. Declining commodity and trade revenue will make it harder to raise incomes to keep up with inflation. Argentina's central bank is under pressure to spend reserves to maintain the peso's value against the dollar, while also guarding against currency shocks that could threaten Argentina's all-important trade with Brazil. 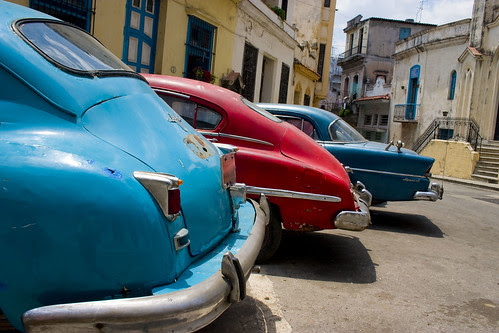 * Cuba: A Freedom House report concluded that economic reforms announced by the government last year represented the “most significant positive change to have taken place in Cuba since communism was introduced half a century ago.”

* Bolivia: President Evo Morales gave in to demands from indigenous protesters and dropped the plans for the construction of a highway through a national park.