Tomorrow we will examine the views of bloggers on ’s presidential election.

In the meantime, here are several recent headlines on the Mexican presidential election:

-Ex-president arrested: A judge has ordered the arrest of former president Luis Echeverria for his role in the 1968 student massacre at Tlateloco. It’s unknown if Echevarria’s arrest will have an impact on the ballots, though it may hurt PRI candidate Roberto Madrazo who runs about 10 points behind Andres Manuel Lopez Obrador and Felipe Calderon.

-Election officials ready for anything: ’s election agency is trying to ensure that Sunday’s election will be free and fair, especially with the strong possibility that results will be very close and has no runoff election. Officials from the Federal Electoral Institute still hope that results can be verified within hours of the final ballots cast. (Please read this article for more details on how the election works).

-Polls set up along border areas: In spite of the probability of high absenteeism amongst Mexicans living abroad, election officials are ensuring that there are sufficient voting locations in areas near the U.S.-Mexico border.

-Teachers stike could affect vote: A month-long teachers protest in the state of has officials concerned that it may difficult to ensure fair voting there. The teachers are protesting for higher wages and better working conditions and have called for the resignation of the governor of .

got eliminated from the World Cup after losing to via penalty kicks. goalie Jens Lehmann stopped penalty tries by Roberto Ayala (image) and Esteban Cambiasso, while the Germans converted all of their penalty opportunities. Ironically, it was Ayala who gave the “albicelestes” the lead in regular time with a header off a corner kick in the 47th minute, only to have Miroslav Klose head in the equalizer in the 80th minute. The game itself was slow and methodical with over 50 fouls committed by both teams. has been unable to move past the quarterfinal round of the World Cup since they won the tournament 20 years ago against what was then known as .

A Canadian judge ordered the deportation of a Costa Rican family who had been living in illegally for several years. The case of the Lizano-Sossa family (image) has been controversial for several months after immigration authorities took four of the family members into custody on the same day. The family, along with neighbors and several opposition politicians, has petitioned the Immigration Minister to grant the Lizano-Sossa family with a reprieve before they leave on the weekend. 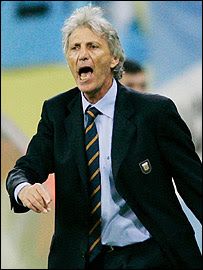 faces a big test in their quest for the title when they play hosts later today (kickoff set for 11am). Both of these teams met in the 1986 and 1990 World Cup finals, and Argentine coach Jose Pekerman (left image) notes the similarities between this year’s squad and the championship team from 20 years ago. and have gone undefeated in the tournament, though has won every single game so far. For interesting facts on both teams, including the 2005 hit song dedicated to

Meanwhile, striker Agustin Delgado (right image) announced his retirement from international play four days after his team got eliminated by . “I feel I've achieved my goals…but my decision is taken - I'll quit the national team” said “el Tin” in an interview to an Ecuadorian newspaper.

soccer, world cup,argentina, ecuador
Posted by Erwin C. at 1:12 AM No comments: 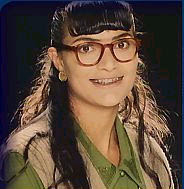 An English language adaptation of the successful Colombian telenovela “Betty La Fea” (image) will start airing this fall on ABC. In the adaptation, produced by Salma Hayek, a homely-looking woman from the outer boroughs of rises to power at a Manhattan-based fashion magazine. (Perhaps Amy Sedaris could be the new “Betty” based on the answer to the first question asked in this interview from The Onion).

A possible free trade deal between the and has divided Peruvians of different backgrounds. The deal may be ratified by ’s congress any day now, and has the backing of President Alejandro Toledo and president-elect Alan Garcia.

international economy, free trade, Peru
Posted by Erwin C. at 12:29 AM No comments:

Yesterday marked the last official day of campaigning in and each of the three main candidates made sure to end their campaigns with a bang. mayor Andres Manuel Lopez Obrador (PRD) emphasized improving the economy at a rally (image) at the Plaza de Zocalo in front of over 100,000 sympathizers. Officialist candidate Felipe Calderon (PAN) ended campaigning in the state of Jalisco where he held a massive rally over the weekend at a soccer stadium. Ex-governor Roberto Madrazo (PRI-Partido Verde) finished campaigning in where he emphasized begin the most moderate candidate.

The following are several headlines of interest from the past few days on the election:

-Few ex-pats will vote: Mexican election officials are expecting very few Mexicans living abroad to vote on Sunday. This may be due to tough rules surrounding expatriates’ right to vote and candidates campaigning outside of .

-Promise vs. Fear: A New York Times article implies that the election boils down to a referendum on left-wing candidate Andres Manuel Lopez Obrador. Voters are either taken by his idealism and promise to improve the lives of all Mexicans or fearful of populist reforms that could polarize the country.

-The Chavez Factor: A post from the blog of Foreign Policy magazine looks at how the image of Hugo Chavez is used by Felipe Calderon to hurt Andres Manuel Lopez Obrador. The post goes on to say that a Lopez Obrador victory would not lead to the divisive populism demonstrated by Chavez.

-Nightmare on the horizon?: Reuters examines the possible worse-case scenario that could result from a closely-won and disputed victory by one of the candidates including “millions of angry protestors… (and)…financial markets collapsing”.

-“Voto Joven” may decide race: The Washington Post’s special blog on the elections examines how Mexico’s youth vote may very well be the deciding factor on Election Day and candidates have spared no expense in attracting young voters. The blog post even has embedded video on ’s “voto joven.”

-Leftist to win mayoral election: Polls have shown PRD candidate Marcelo Ebard with a 19-point lead ahead of his nearest rival in the elections for mayor. Ebard is a former police chief and a “close confidant” of Andres Manuel Lopez Obrador. 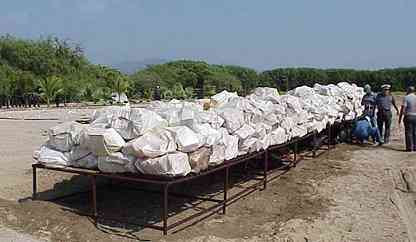 In spite of all the nasty rhetoric between the governments of and , officials from both governments announced that they will sign an anti-drug pact next week. The deal would ensure more cooperation between both countries to combat the illegal drug trade.

will elect a new president in about 100 hours and The Latin Americanist will post every day in anticipation of Election Day. Today, we had planned to offer an in-depth analysis of each of the three main candidates- Andres Manuel Lopez Obrador, Roberto Madrazo, and Felipe Calderon. Yet while conducting research we found a thorough and well-written article on the candidates from the BBC. Hence, we will link to that article and hope that you read it, and gain a better understanding of the backgrounds and ideas of the three main candidates.

won their round of 16 match on Tuesday by shutting out 3-0. Ronaldo (left image, celebrating his goal with teammates) became the leading goal scorer in World Cup history after he scored early in the first half. will meet in the quarterfinals for the first time in the World Cup since the 1998 final won by 3-0.


Meanwhile, the teams from and

returned to their respective countries yet received different reactions upon their arrival. The “Soca Warriors” (right image) got a hero’s welcome over the weekend which included thousand of fans celebrating in the streets of Port-of-Spain, and a $167,000 bonus for each player. On the other hand, the “Ticos” were welcomed home by hecklers dismayed after the team’s early exit from the tournament.

Displaced people in are not afforded the rights they are entitled to and the government needs to take a more active role in assisting them, according to a U.N. official that toured the country. Around 2 or 3 million Colombians are displaced (depending on the source of information) and most of them moved to extreme poverty in cities from rural areas marred by violence.

colombia, human rights, united nations
Posted by Erwin C. at 9:23 AM No comments:

Venezuela: new currency to come in ‘08 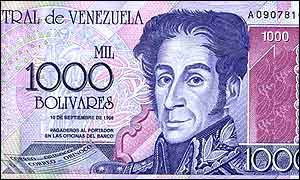 President Hugo Chavez wants to introduce the “Nuevo Bolivar,” a new type of currency that would remove the three final zeroes from the Bolivar. The government wants to make this change in order to facilitate economic reform, though critics feel Chavez is personalizing government to his liking a la changing the coat of arms.

international economy, Venezuela, hugo chavez
Posted by Erwin C. at 12:45 AM No comments: 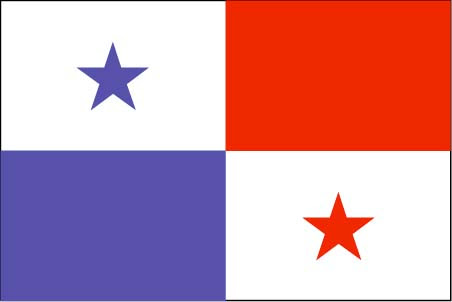 ’s government said last week that the country’s economy will increase by 8% this year, which is higher than earlier estimates. One of the strongest contributor’s to ’s economy is its control of the , which may be expanded to accommodate more vessels.

panama, international economy
Posted by Erwin C. at 12:37 AM No comments:

Hugo Chavez resumed his verbal assaults on Peruvian president-elect Alan Garcia (image) by calling Garcia a “lap dog” of the and threatening to cut off ties with after Garcia is inaugurated. Earlier this year, Garcia called Chavez a hypocrite based on his economic dealings and Chavez replied by calling Garcia a corrupt thief.

Follow-up: U.S. ban on Honduran visas will be overturned

A ban on visas to Hondurans entering the will be overturned after a one-week suspension. officials claimed that lenient rules on Honduran documents posed a security risk for the

When is a Hispanic not a Hispanic? - Brazilians in U.S. face racial dilemma

Brazilians in the feel that they are “invisible” since they are uncomfortable with being placed into a single racial or cultural group and this has led to political and social problems such as under representation in the Census. The reluctance for Brazilians in the to simplify their racial status has an historical precedence (as was covered in a previous post) along with the view that Brazilians are “different” from other Latin Americans.

Gazprom, the Russian gas monopoly, has shown an interest in investing in though this may draw ire from the due to Gazprom’s business practices.

international economy, bolivia, gas
Posted by Erwin C. at 7:21 AM No comments: 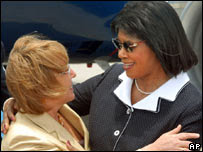 Jamaican Prime Minister Portia Simpson Miller visited last week and called on Jamaicans there to have faith in a country wrought by crime and extreme poverty. Simpson Miller (image, along with Chilean president Michelle Bachelet) has had support for her slip even though she was elected four months ago.

Portia Simpson Miller, jamaica
Posted by Erwin C. at 7:16 AM No comments:

beat 2-1 in a spectacular match that went into extra time. It was an exciting game early on as Rafael Marquez scored in the 6th minute and Hernan Crespo equalized four minutes later. Both teams had numerous great chances afterwards though no other goals were scored in regulation. Eight minutes into extra time, ’s Maxi Rodriguez (image, after scoring game winning goal) unleashed a phenomenal blast that curled its way past Oswaldo Sanchez and would serve as the game-winning goal. (YouTube video of what may well be the goal of the tournament can be seen here). “Los Albicelestes” go on to the quarterfinals where they have a tough test in playing against . For the third straight World Cup gets eliminated in the round of 16, though they put up a great fight until the very end.

’s David Beckham. A 60th minute free kick beauty from Beckham’s boot curled its way past Ecuadorian goalie Cristian Mora (image, as the ball just barely gets out of his reach) and was the lone goal in ’s 1-0 loss to . created few scoring opportunities aside from a Carlos Tenorio blast that was deflected off the crossbar. The team will return home “with our heads up”, according to their coach, after making it past the group stage of the World Cup for their first time ever.