* Israel: Over 120,000 pilgrims and tourists are estimated to have gathered in Bethlehem in order to celebrate Christmas.

* Libya: For the first time since 1969 Libya will publicly celebrate its day of independence, which was sixty years ago on this date.

* North Korea: Kim Jong Un was named as the "supreme leader of the revolutionary armed forces" days after the death of his father, former ruler Kim Jong Il.

* India: A court ordered that 22 Internet companies, including Google and Facebook, remove “objectionable content” from their websites.

* Nigeria: At least 68 people were killed as a result of clashes between police and “Islamic militant group Boko Haram.”


* Cuba: The U.S. State Department is “deeply disappointed” that jailed contractor Alan Gross will not be among the 2900 prisoners to be reportedly released by the Cuban government.

* Central America: Nicaragua filed a lawsuit at the International Court of Justice against plans by neighboring Costa Rica to build a road along the banks of the San Juan River.

* U.S.: A federal judge ruled in favor of expanding a class action lawsuit against Arizona sheriff Joe Arpaio to include every Latino questioned or detained by the Maricopa County Sheriff’s Office since January 2007.

* Brazil: Brazilian officials placed an additional $5.4 million fine on Chevron as a result of environmental damage from an offshore oil spill last month.

* Mexico: Authorities at the port of Lazaro Cardenas seized over 229 metric tons of chemicals that are used to make methamphetamine.

* South America: Ecuadorian President Rafael Correa said that he would deploy 10,000 troops along the border with Colombia due to security concerns.

We'll be back on the weekend with headlines from around the Americas and the world as well as posting our final poll of 2011.

For now we'll leave you with the following video from YouTube user xcookage on how to make Christmas tamales, a traditional holiday dish in several Latin American countries.

Video Source - YouTube via xcookage
Posted by Erwin C. at 7:00 PM No comments:

World Watch: The Mind is Sharper than the Beak 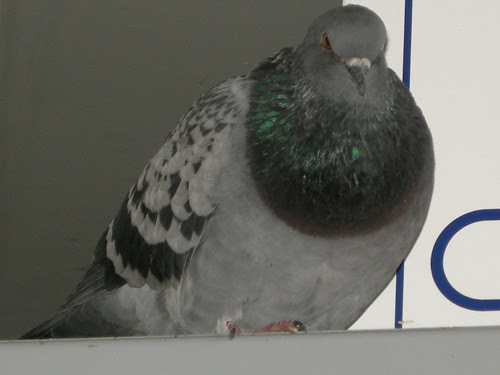 * World: According to a study published in the latest issue of the journal Science pigeons posses basic math knowledge on par with certain primates like rhesus monkeys.

* Syria: The U.S. State Department condemned a series of car bombings in Syria that left over forty people dead and dozens injured.

* Europe: Turkey froze political and military ties with France in response to the French parliament's approval of a bill criminalizing denials of the Turkish genocide against Armenians over a century ago. 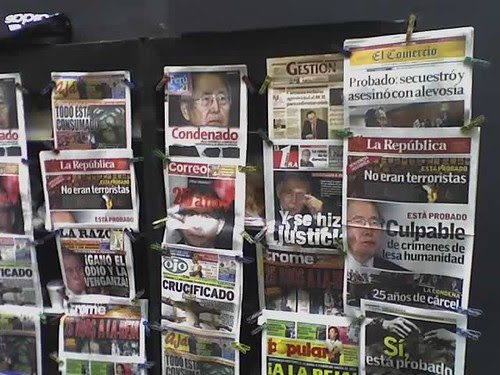 * Peru: Defeated presidential candidate Keiko Fujimori admitted that her family is seeking a pardon for her father, disgraced and imprisoned ex-president Alberto Fujimori.

* U.S.: A judge blocked several provisions of South Carolina’s staunch anti-immigration law that had been opposed to be over a dozen Latin American governments.

* Cuba: Over 180,00 Cubans could obtain Spanish citizenship via a “grandchildren’s law” though that number could spike ahead of the December 27th deadline to apply for benefits.

* Brazil: The country’s unemployment rate dropped to 5.2% in November; thus making it the lowest mark since records began in 2002.

* Central America: Citing “security concerns” the U.S. Peace Corps program will pull out of Honduras and have cancelled training classes for El Salvador and Guatemala.

Image Source – Flickr via Pedro Rivas Ugaz (“The headlines of Lima-based newspapers one day after ex-president Alberto Fujimori was sentenced to 25 years in prison” in 2009.) (CC BY 2.0). 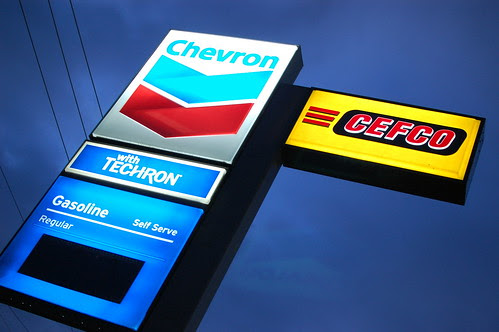 * Ecuador: A statement from oil giant Chevron called for Ecuadorian authorities to investigate a judge that handed down a multibillion-dollar verdict against the oil giant last February.

* Latin America: The U.N.'s Economic Commission for Latin America and the Caribbean said that the region’s economic growth is expected to slow down to 3.7% in 2012.

* Haiti: The number of cholera cases reportedly continues to decline one year after an outbreak of the disease killed over 7000 people.

Toys: innocent, fun and entertaining. Yet they are sometimes used in ads in order to effectively make a serious political statement. For instance, a 1972 ad for the campaign to reelect U.S. President Richard Nixon used toy warships and troops in order to attack rival candidate George McGovern's pledge to cut defense spending.

The following video was commissioned by the UNHCR (United Nations High Commissioner for Refugees) in order to call attention to human rights violations caused by Colombia's armed conflict. The use of toys along with jarring piano music and a twist in the end creates a very moving ad that highlights the horrors of war:

Online Sources - The Museum of the Moving Image, Copyranter

Video Source - YouTube via TheAdvertisingFan
Posted by Erwin C. at 4:45 PM No comments: 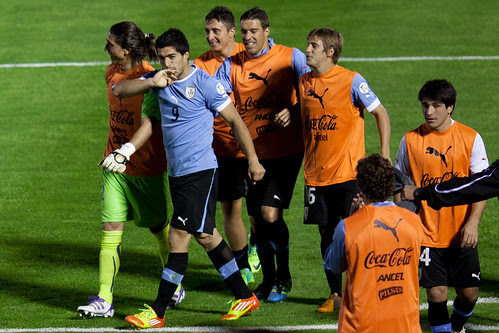 * Peru: Julio Galindo, Peru’s “anti-terrorist attorney general”, was none too pleased that paroled activist Lori Berenson was allowed to leave the country in order to spend the holidays with her family.

* U.S.: The number of National Guard troops along the U.S.-Mexico will be reduced starting next month in order to put a greater emphasis on “aerial surveillance missions.”

* Argentina: The political tensions between the government and the Clarin media group are expected to worsen after police raided the offices of a Clarin-owned cable TV firm.

* Puerto Rico: Though the murder rate this year will top a record 1100 homicides, the local government rejected a newspaper report claiming that Puerto Rico shows signs of being a ”narco-state.”

* Brazil: A judge ordered Joe Sharkey, the New York Times' business-travel columnist, to pay a fine of over $26,000 regarding a blog post he wrote on a 2006 plane crash.

* Honduras: The Committee to Protect Journalists issued a letter to Honduran President Porfirio Lobo expressing “deep concern” over violence against members of the media.

* South America: Venezuelan President Hugo Chavez is expected to attend the Mercosur summit today in Uruguay and back his country’s full membership in the bloc.

* North Korea: Could the death of Kim Jong-Il lead to the resumption of international nuclear negotiations that have been suspended since 2009?

* Czech Republic: Thousands of mourners in Prague paid their final respects to former president and activist Vaclav Havel who died on Sunday.

* Cape Verde: Grammy-award winning singer Cesária Évora passed away on Saturday at the age of 70.

* Philippines: Over 900 people have died in the Philippines as a result of flooding and heavy rains from tropical storm Washi.


* Peru: Federal authorities have yet to explain why Lori Berenson was barred from leaving Peru despite a court allowing her to spend the holidays with her family in the U.S.

* Mexico: Senior officials issued an apology to an indigenous woman who was raped and tortured by the military in 2002.

* Cuba: Restrictions on travel and remittances from the U.S. to Cuba were dropped by Congress from a $1 trillion spending bill.

* Brazil: The environmental secretary for Rio de Janeiro state claimed that thousands of barrels of oil from a leak reached the shore.

Video Source – YouTube via larepublicaweb1 (The above video from Peruvian TV claimed that paroled activist Lori Berenson arrived late to the airport and subsequently missed her flight to the U.S. But according to Gothamist “witnesses claim that Berenson was ‘at the airport hours before the flight was to leave.’”)