Music headlines on the Americas

* The newest wave in rock en español coming out of is more reminiscent of English language pop-rock groups like Blink-182 and Green Day instead of rock en español mainstays like Café Tacuba and Mana.

* National Public Radio’s “All Things Considered” recently looked at four Cuban musicians that represent a new generation of music from the island that incorporate traditional and international sounds.

*Brazilian funker/tropicalista Curumin is finishing a tour of the this week; blogger Brooklyn Vegan includes an MP3 file in his post on Curumin.

* By now perhaps you’ve heard that Shakira heads the nominations for the Latin Grammys with 6 selections, but did you also know that four nominations were handed to Ricardo Arjona, Gustavo Cerati, and (personal favorite) Julieta Venegas?

* Speaking of personal favorites, Colombian rockeros Aterciopledos will embark on a brief tour of the later this month in order to support their first new album in 5 years.

* If you’re in a children’s music group nominated for a Latin Grammy then it would be wise to avoid being caught on your tour bus hiding over 500 pounds of cocaine.

* “Latin American and Spanish music had a profound affect on me," said Marta Topferova- a rising star in Latin music who acquired her passion for it while growing up in her native Czech Republic.

* Over a decade after tragic death, Tejana music legend Selena will be honored with her own set of commemorative postage stamps.

* The press in the ripped Venezuelan crooner Ricardo Monataner for being overly talkative and not singing enough at a pair of concerts last month in .

Haven’t heard the music of any of the artists mentioned above? Don’t fret as here is a list of links to videos by some of the abovementioned artists, via YouTube:

Update (7 October): I forgot to mention this before, but on Saturday (today) El Museo Barrio will host a symposium on the social and cultural aspects of meringue music in the . Several ethnomusicologists will speak during the symposium as part of a current exhibition on Dominican art at El Museo. 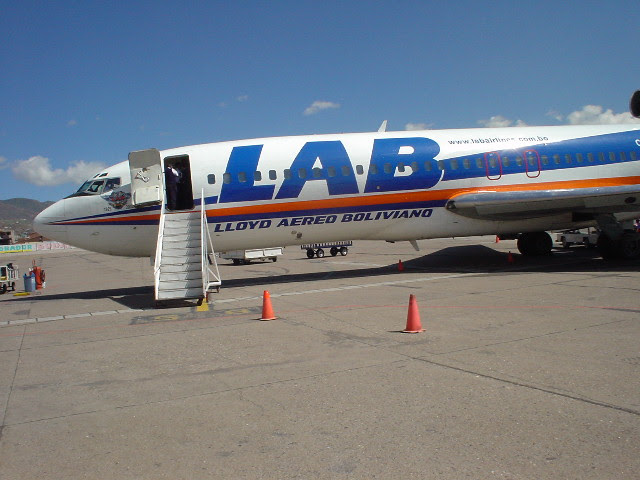 What do Saddam Hussein, 14 of the 9/11 hijackers and Evo Morales have in common? They are a few of the notable names on the no-fly list written to stop potential terrorists from air travel. CBS news program “60 Minutes” obtained a March 2006 copy of the list which includes over 44,000 names on it. Morales' government has yet to respond to the allegations, most likely since he's got plenty to worry about at home such as civil unrest and strengthened opposition.

* Argentinian prisoners upset at overcrowding and the lack of speedy trials reached a deal with authorities to end a 2-week hunger strike (image).

* A pair of pilots denied causing a Brazilian air disaster that killed 155 people. 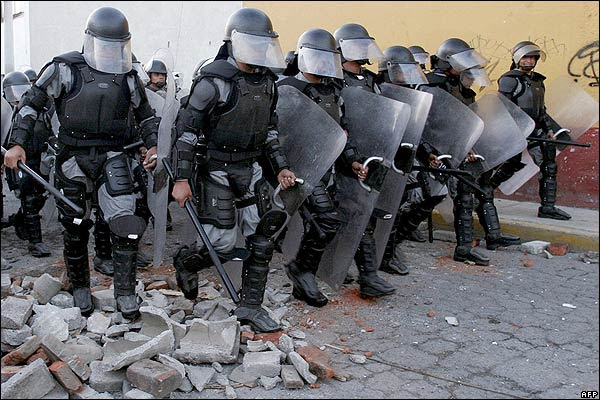 Human rights group Amnesty International claimed today that the Mexican police covered up the rapes and abuse of 23 women during land rights demonstrations (image) in May. “The state authorities have placed the burden of proof on the victims, while seeking to discredit their allegations” according to an investigator with Amnesty International. The women were among over 200 people arrested during protests in the town of located 15 miles northeast of .

Yesterday we mentioned that the Jim Gilchrest- founder of anti-immigrant group the Minutemen- was supposed to lecture at ’s . Gilchrist never got the opportunity to give his lecture as a group of angry students mobbed the stage and fought with Minutemen supporters. According to the Columbia Spectator some of those students may have been part of the Chicano Caucus, who organized a peaceful protest attended by about 200 demonstrators outside the auditorium where Gilchrist was supposed to speak. 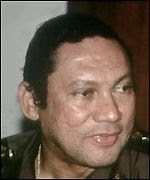 Families of victims of human rights abuses during ’s dictatorships in the 1970s and 1980s try to find justice though that is difficult since the current president is the son of former strongman Omar Torrijos. Though ex-dictators Torrijos and Manuel Noriega (image) were not as “brutal” as their Southern Cone counterparts, “impunity reigns” confessed the daughter of a torture victim.

Colombian president Alvaro Uribe softened his usual hard-line stance against leftist rebels and said that he would be willing to engage in discussions with the FARC- Colombia’s biggest rebel group. Earlier in the week, the FARC (image) opened the doors to possible peace negotiations on the condition that the government agree to create a demilitarized zone for a prisoner exchange program.

It would cost $20 billion and take approximately 10 to 12 years to construct. Yet ’s government proposed constructing a canal connecting the Pacific and . Though is one of the poorest nations in the , president Enrique Bolaños views the canal as “necessary” regardless of whatever plans has to expand its canal.

Ironically, the considered several times as the original site of a canal connecting the Pacific and before deciding on the Panamanian isthmus.

1) of () professor and senior lecturer Elizabeth Dore will speak tonight at NYU on the Cuban Revolution. Her lecture, entitled “Memories of the Cuban Revolution,” will focus on narratives of Cubans during that country’s revolution from 1953 to 1959.
Posted by Erwin C. at 2:26 PM No comments:

The popularity of Evo Morales (image)has nosedived over the past three months as problems mount against him such as tension with coca growers and nationalizing energy resources. Though Morales has emerged as a leader of indigenous peoples he has been pulled in various directions and unable to adequately fulfill all the demands against him.

Jesus Diaz- the publisher of the Herald- quit on Tuesday amidst possible unethical conduct by several journalists under his tutelage. As we reported about a month ago, 10 reporters for El Nuevo Herald were fired since they received payments from the government to broadcast on Radio and TV Martí. Yet in a surprising twist to the story, Diaz (image) reinstated the fired journalists shortly before handing in his resignation based on the findings of an internal investigation.

Morning briefs on Nicaragua, Mexico, and the environment

*Representatives from the world's top polluting countries are meeting in in order to discuss viable ways to reduce pollution.

* Secretary of Defense Donald Rumsfeld said that he would not comment on Daniel Ortega’s possible return to the Nicaraguan presidency.

* Violence in the Mexican state of continued as protestors launched explosives against two banks.

Lula looking to shake off Alckmin in Brazilian presidential runoff

"Victory will just take a little longer, that's all," said Brazilian president Luiz Inacio Lula da Silva on Monday after he was surprisingly unable to avoid a runoff against ex-Sao Paulo governor Geraldo Alckmin. It is expected that both candidates will run negative campaigns against each other over the next 3 weeks and will also try to court the support of two candidates who garnered nearly 10% of the ballots in the first round: Heloisa Helena from the extreme-left and ex-minister Cristovam Baurque.

Image- SABC News () (Alckmin on the left and Lula on the right, so to speak).

British officials are worried over ’s aggressive stance regarding the ownership of the . With the 25th anniversary of the Falklands War coming up next year, ’s government has intensified their claims to the islands via rhetoric from president Nestor Kirchner and the establishment of a parliamentary council on sovereignty.

By a vote of 80-19 the U.S. Senate approved a bill that would permit the construction of a 700-mile wall along the U.S.-Mexico border. Though the Mexican government protested the Senate’s decision, the bill did not include reforms sought after by the president or stiff anti-immigrant measures in a bill passed several months ago by the House of Representatives.

* Supporters of ex-Peruvian president Alejandro Toledo (image) denounced a “smear attempt” by legislators who want to investigate for alleged corruption.

* The U.N. estimates that nearly a quarter of a million displaced Colombians are in without proper documentation.

* Illegal street commerce has grown in , much to the chagrin of the authorities.

Over the past week we posted on several topics such as the growth of Hispanics worshipping Islam, diplomatic efforts by towards , MTV’s latest grab at Hispanic youth, and the positive reviews of “Ugly Betty.” However some stories from news sources and blogs fall between the cracks and it would behoove us to list them. Here they are:

Sorry for the lack of posts today. My Internet connection has been down almost all day so hopefully I'll make up for it in the week ahead.
Posted by Erwin C. at 5:27 PM No comments:

’s presidential election may require a runoff as president Luiz Inacio Lula da Silva is less than 1% short of winning outright after today’s voting. With about 90% of the votes counted, Lula leads with 49.3% of the vote while his nearest rival- former governor Geraldo Alckmin- garnered 40.9% of the vote. Even a senior party official of Lula’s Workers party has conceded that a runoff will be the “most probable” outcome.

Update (2 October): With 99% of the votes counted, Lula's lead shrunk to 48.8%; thus he will be forced into a runoff election on October 29th against Geraldo Alckmin. Allegations of corruption and malfeasance by Lula and his Workers Party shrunk his seemingly insurmountable lead. (Links via CNN and Times Online (U.K.)).