Ecuador and Colombia At Odds Over Spraying

The neighboring South American nations of Ecuador and Colombia are not seeing eye to eye on the issue of spraying herbicides over a 10 mile area. Colombia has been spraying glyphosate and has no intentions of stopping. Ecuadorian President Rafael Correa canceled a planned trip to Colombia until Colombia decides to stop the spraying.

Colombia is spraying the herbicide, with the backing of the U.S., in order to wipe out Coca fields. 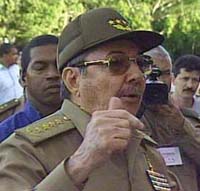 Interim man in charge in Cuba, Raul Castro, brother of the ill President Fidel Castro, is saying that he's planning on taking a different road in terms of leadership than his hermanito.The changes promised in publiched comments include delegating more and making less (and hopefully shorter) speeches.

A special committee of Venezuela's National Assembly is presenting a draft Indigenous Languages Law intended to preserve the 34 native languages existing in the country.There is an additional move to elect Indigenous representatives to the Assembly.
Link: Prensa Latina
Image : Business Directory Venezuela
Tags : Venezuela
Posted by Maegan la Mala at 9:00 AM No comments:

Fidel May Not be Fatally Ill After All 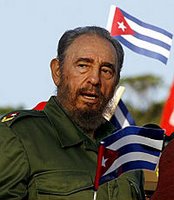 Just last week there were reports that Cuban leader Fidel Castro was on his deathbed, again. A delegation of U.S. lawmakers are being told an entirely different story however.

Rep. Jeff Flake, R-Ariz., said all the Cuban officials they spoke to during the three-day trip that ended Sunday told them the 80-year-old leader's "illness is not cancer, nor is it terminal, and he will be back."

No one has seen Fidel since the middle of the summer.

The real deal is that the truth won't be known until one fo two things happen: Fidel shows face or he actually does pass. Until then all these reports amount to nothing more than static on radio bemba. 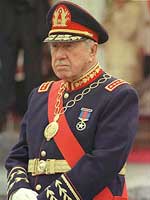 She may have been booed last week at Augusto Pinochet's funeral, but that hasn't stopped current Chilean Defense Minister, Vivianne Blanlot, from speaking up about Pinochet including taking his side. In a recent interview with the Chilean daily (and conservative) newspaper, El Mercurio, Blanlot said that Pinochet should have his bust in the gallery of Chilean heads of state inside the Moneda Palace. Yes, that would be the same Moneda he launched an attack on (with CIA help) in 1973 to overthrow the legally elected Salvador Allende.