* Uganda: U.S. president Barack Obama announced that 100 troops and military advisers will be sent to Uganda in order to combat the Lord's Resistance Army rebels.

* Yemen: At least twelve people at an anti-government rally were shot and killed by “security forces and plain-clothed government loyalists.”

* U.S.: A federal judge recommended that Al-Qaeda pay $9 billion for “property loss, business interruption, and related damages, and attest that these damages were directly caused by the September 11th terrorist attacks.”


* Cuba: Rest in peace Laura Pollan. The founder of Cuba’s Ladies in White dissident group died on Friday at the age of 63.

* Mexico: The Pan American Games in Guadalajara commenced with the opening ceremonies last night but the first day of competition was marred by two athletes expelled due to doping.

* South America: Will Ecuador be the biggest beneficiary of a U.S.-Colombia free trade pact that was passed by Congress days ago?

* El Salvador: At least 36 people have died as a result of flooding and mudslides caused by heavy rainfall.

Video Source – Via YouTube user euronews (Footage from an August Ladies in White protest including alleged harassment from pro-government supporters). 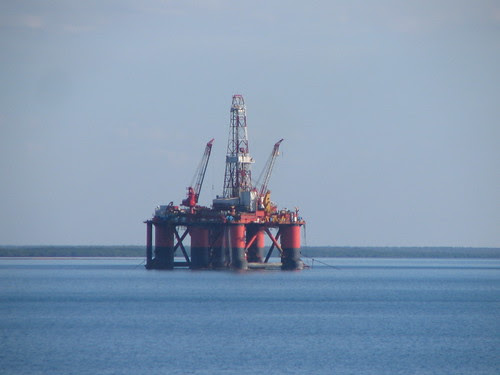 * Cuba: A Chinese-made oil rig is expected to arrive in Cuban waters in December and commence drilling in January according to Spanish company Repsol.

* Mexico: Police detained the alleged third-highest ranking member of the Zetas drug gang who is also accused of a deadly arson attack at a Monterrey casino.

* Argentina: Some members of the U.S. Congress are pressuring to block development loans from entities like the World Bank to Argentina.

* Guatemala: Authorities issued an arrest warrant against ex-president Oscar Mejia who is wanted on charges of genocide.

Image – Via Flickr user kenhodge13 (“Oil rig platform anchored in Darwin Harbour, Australia for maintenance purposes. These rigs are towed into Darwin from time to time for maintenance.”) (CC BY 2.0) 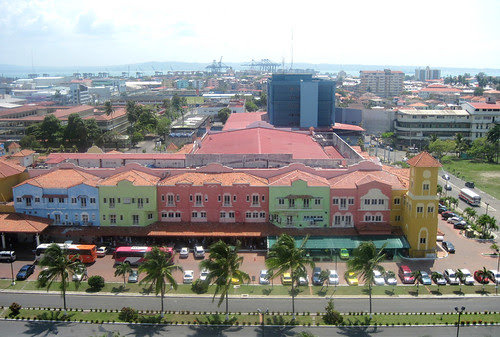 * Iran: Iranian officials emphatically denied that their government was behind a foiled plot to assassinate the Saudi ambassador to the U.S.

* U.S.: The accused “underwear bomber” who tried to blow up a commercial flight on Christmas Day 2009 pled guilty to all the charges against him.

* Thailand: An estimated two-thirds of the country has been swamped by some of the worst flooding in over a century.


* Mexico: Mexican authorities cooperated with their U.S. counterparts in order to help foil a supposed Iranian-backed plan to kill the Saudi ambassador to the U.S. (Update: According to the Buenos Aires Herald, Argentina's Jewish community is "concerned" with the alleged plot since the plan was said to have involved attacks in Buenos Aires)

* Paraguay: Over 27,000 cattle received vaccinations as part of a campaign to halt an outbreak of foot-and-mouth disease.

* Puerto Rico: The Island’s emblematic coqui frog could soon be placed on an endangered species list.

Last week we examined submissions from Cuba and Argentina vying to win top foreign film honors at the upcoming Academy Awards. In the next few days will look at other entries from Latin America and the Caribbean including a Brazilian blockbuster and a based-on-a-true-story movie out of Mexico.

Today, however, we would like to highlight a submission from a Europe country partly set in Latin America. "Montevideo, God Bless You!" is the translated title of the official entry from Serbia that focuses on the participation of the Yugoslavian national soccer team in the 1930 World Cup. The film shows the trials and tribulations of some of the players who come from different social and ethnic backgrounds in order to represent their country at the tournament that was hosted by Uruguay.

"Montevideo" was based on a novel by the same name by Vladimir Stankovic who was inspired after watching the 2005 film "The Game of Their Lives". Thus, the two movies have their similarities including a plot with a romanticized depiction of events.

"Montevideo" was a box office smash in Serbia with plans for a sequel to be released later this year and a TV series in the works. Check out the trailer below and decide if the film could be a dark horse contender to win the coveted Oscar: 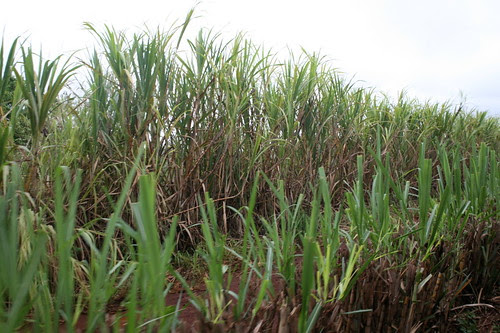 * Chile: An estimated ten thousand people marched in solidarity with the indigenous Mapuche community in a protest held on Columbus Day.

* Haiti: According to Doctors Without Borders the number of cholera cases in Port-au-Prince has nearly tripled over the past few weeks.

* Peru: President Ollanta Humala fired two-thirds of the generals in the country's national police force as part of a reported push to combat corruption.

* Uruguay: Is the small South American nation of Uruguay on the verge of becoming a “major exporter of natural gas”?

On previous Columbus Days we've pondered whether the day ought to be renamed for a different Italian explorer with a less checkered past than Christopher Columbus. Ultimately, however, today is really an occasion in which to celebrate the rich Italian culture and the many contributions Italian migrants have brought to the U.S. and other parts of the Americas.

On a lighter note, here is the following Columbus Day-themed video from a vintage episode of "Sesame Street":


* U.S.: Could smoking help explain the health phenomena known as the “Hispanic paradox”?

* Latin America: Palestinian president Mahmud Abbas arrived in Colombia as he continued his Latin America tour seeking support for his government's bid to win a place at the U.N.

* Argentina: Despite taking an early lead and putting up a good fight Argentina was eliminated from the Rugby World Cup after losing to host team and heavy favorites New Zealand.

* Paraguay: Preliminary results indicated that most voters backed a constitutional amendment that would permit Paraguayans residing abroad the right to vote in general elections.

* South America: Qualifying matches for the 2014 World Cup in Brazil began last week and included an easy win for Uruguay over Bolivia and a surprising victory for Peru at home against Paraguay.