* Chile: Is the government correct or scapegoating Mapuche indigenous activists who are accused of intentionally setting off wildfires in central Chile?

* Argentina: According to a team of doctors President Cristina Kirchner did not have thyroid cancer as was originally diagnosed yet the “surgical treatment performed (last Wednesday) is sufficient.”

* U.S.: The Labor Department revealed yesterday that the unemployment rate for Latinos dropped by 0.4% last month to 11.0%.

We hope to be back over the weekend to check out headlines and news stories from around the Americas.

For now we'll leave you with a unique celebration in Mexico City in honor of Three Kings Day that was observed on January 6th:

Video Source - YouTube via NDTV
Posted by Erwin C. at 9:00 PM No comments:


* Brazil: Heavy rains have hit parts of Brazil including the town of Campos dos Goytacazes whose 20,000 residents were evacuated due to a dam burst.

* U.S.: The Justice Department gave Congressional investigators documents relating to the failed Operation Fast and Furious gun smuggling program to Mexico as well as a similar plan run under the Bush administration.

* Colombia: Officials vowed to continue their offensive against the Urabeños crime gang in response to the group imposing a “shut-down of northern Colombia” yesterday.

* Peru: Lori Berenson returned to Peru on Thursday after spending seventeen days in a legally approved visit to the U.S.


* Egypt: Prosecutors in the case of former Egyptian President Hosni Mubarak requested that he be sentenced to death via hanging.

* Iraq: At least sixty-eight people were killed as a result of a series of bombings reportedly targeting Shia Muslims.

* Middle East: A U.S. State Department spokesperson said that the next round of peace talks between Israel and the Palestinians will take place on Monday. 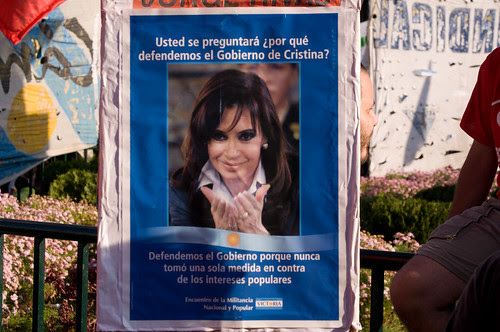 * Argentina: President Cristina Kirchner's thyroid cancer surgery yesterday was successful and her full recovery is expected according to a statement from her team of doctors.

* Latin America: At least thirty-one inmates died after fighting broke out in a Mexican prison, while over nine hundred family members of detainees upset at the Venezuelan judicial system occupied a prison near Caracas.

* Paraguay: Health officials declared a state of emergency in the northern province of San Pedro after detecting a second foot-and-mouth disease outbreak in less than a year.

* U.S.: Gabion Zavala, an auxiliary bishop in the Los Angeles Archdiocese who reportedly worked close with the local Latino community, resigned after admitting that he fathered two children.

Online Sources- CNN, The Australian, The Guardian, CBS News, BusinessWeek
Posted by Erwin C. at 8:30 AM No comments:

World Watch: From the Music Stage to the Political Stage 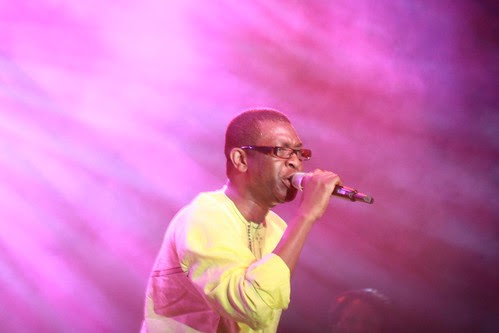 * Senegal: Will Youssou N'Dour follow the lead of Haiti’s Michel Martelly and become the next musician turned president?

* Europe: The Spanish government recently launched a set of anti-piracy laws opposed to by “bloggers, journalists and tech professionals” while Internet users in Belarus will soon face stiff fines if they access foreign-based websites not using the country’s .by domain name.

* Egypt: Prosecutors in the Hosni Mubarak trial claimed that the ex-president and his closest aides are responsible for the deaths of about 850 protesters by the military last year.

* Iran: The E.U. agreed to implement an embargo on Iranian oil imports even though the bloc is “one of Iran's biggest markets for oil.” 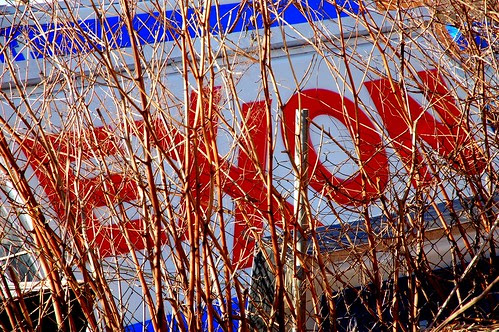 * South America: Venezuela's PDVSA said that it will only need to pay $255 million of the $907 million recently awarded to ExxonMobil by an international arbitration panel, while an Ecuadorian appeals court upheld an $18 billion dollar ruling against Chevron.

* Argentina: In a statement emitted on the 179th anniversary of the British occupation of the Falklands, the Argentine government renewed its claims of a “legitimate right” over the disputed islands.

* Cuba: According to the Cuban Commission for Human Rights and National Reconciliation a prisoner died on Sunday after suffering a heart attack during a hunger strike.

* Mexico: French President Nicolas Sarkozy selected actress Salma Hayek as one of the upcoming recipients of the Legion of Honor.