St. Patrick's Day is not typically celebrated in the Spanish-speaking world yet it's still a date in which to honor Irish pride, culture and history. Such was the case on Saturday in Luján, Argentina where the twenty-first edition of the annual pilgrimage to the city's Basilica was held:

Today's events commemorated several individuals of Irish background who helped shape Argentine history. One of these was Admiral William (Guillermo) Brown who served as a key figure in Argentina's independence movement and whose name can be found on an Argentine Navy vessel, an Antarctic base and several lower division soccer clubs.


* Venezuela: President Hugo Chavez arrived in Caracas yesterday after staying in Cuba for three weeks and undergoing cancer surgery. (Update: On Saturday a homecoming celebration seemingly became an impromptu campaign rally after Chavez claimed that he will give the opposition a "beating" in this October's presidential election).

* El Salvador: Did the government make a deal with two of the country’s largest street gangs to reduce violence?

* Brazil: Chevron suspended oil drilling operations off the Brazilian coast after a “small new seep” of oil was detected in the same area where a major leak occurred four months ago. (Update: Federal prosecutors will reportedly bring up criminal charges against seventeen Chevron and Transocean executives in relation to the new oil leak).

The substance, which is used in a variety of electronic devices, can be found in "vast reserves" in Venezuela's border region near Colombia. But an investigation by the International Consortium of Investigative Journalists concluded that illicit coltan mining has helped fund numerous armed groups in the region including the FARC and emerging "bandas criminales".

The following video via Colombia's Noticias Uno examines how coltan could become a "conflict mineral" in the Americas:


* Chile: Police in the capital city of Santiago fired on tear gas and a water cannon on student protesters resuming demonstrations in favor of educational reform.

* Argentina: Argentine Foreign Minister Hector Timerman said that his country might take legal action against “illegal” oil drilling near the Falklands, while Chilean president Sebastián Piñera backed Argentina in its dispute with Britain over the islands.

* Cuba: Imprisoned contractor Alan Gross is seeking a reprieve to briefly travel from Cuba to the U.S. and visit his align mother.

* Puerto Rico: Republican presidential hopeful Rick Santorum is backtracking from claiming that English should be the “main language” if Puerto Rico becomes a U.S. state.


* Cuba: A group of thirteen dissidents occupied a Catholic church in Havana and have called on Pope Benedict XVI to push for political freedom in Cuba.

* Peru: At least three people were killed during clashes between police and protesters opposed to a government crackdown on illegal mining.

* Mexico: A U.N. commission concluded that authorities have failed to properly investigate thousands of “forced disappearances” in Mexico over the past five years.

* Honduras: A letter signed by ninety-four members of the U.S. House of Representatives to Secretary of State Hillary Clinton urged the U.S. to suspend foreign aid to Honduras.

Sometimes it can take a little longer than expected in order for justice to be served. But there are occasions when fugitives will eventually be caught and made to pay for their crimes.

Take the case of Pedro Pimentel Rios, a former instructor for an Guatemalan elite military unit that took part in the infamous Dos Erres massacre. After the Central American country's 36-year civil war ended he resided in impunity for several years in California. In 2010 he was detained by U.S. immigration authorities and the following year he was deported back to his country of birth.

This week a Guatemalan court found Pimentel Rios guilty for his role in the Dos Erres massacre that occurred thirty years ago and sentenced him to 6060 years in prison:

The sentence against Pimentel Rios may have been largely symbolic since the maximum time in prison under Guatemalan law is fifty years. Yet the three-judge panel decreed that he receive thirty year sentences for each of the 201 civilians killed in one of the worst atrocities of the Guatemalan civil war.

Pimentel Rios became the fifth ex-special forces soldier to be convicted for participating in the Dos Erres massacre where troops "systematically killed hundreds of men, women and children, shooting or bludgeoning them to death and throwing bodies down a well".

"We are pleased with the decision beacuse it is a step forward in the fight against impunity in Guatemala," said the president of a local victims' rights group to the AFP.

Earlier this month a judge ruled that former military ruler Gen Efrain Rios Montt cannot receive amnesty and would be tried for genocide and crimes against humanity. (Efrain Rios Montt was briefly in power but it was under his regime that the Dos Erres massacre took place).

In recent years several other Latin American countries have seen former officials who were in power in the 20th century tried and convicted for various crimes. Ex-Peruvian President Alberto Fujimori is currently in prison after being convicted in four trials on charges of corruption and human rights abuses. Former Argentine strongman Reynaldo Bignone has been sentenced to prison for numerous crimes against humanity including for helping set up a "secret torture center" inside a hospital in 1976.


* Mexico: The members of Los Tigres Del Norte were declared persona non grata by officials in the capital of Chihuahua state due to their narcocorrido songs.

* Cuba: Reporters Without Borders named Cuba one of its “Enemies of the Internet” for several reasons including police harassment of bloggers and limited access to online resources.

* Haiti: A Pakistani military court sentenced two U.N. troops to one year in prison for the rape of a Haitian boy.

While plenty of attention has been paid to the battle for the White House, the match-up between U.S. President Barack Obama and a GOP candidate to-be-chosen-later won't be the only election to keep an eye on this November.

Luis Fortuño is seeking reelection as governor of Puerto Rico in what will likely be a very contentious race. Recently he claimed that Puerto Rico's recession was a thing of the past and that the island was undergoing economic growth. Yet the Puerto Rican unemployment rate continues to be in the double-digits, which is a factor in the "brain drain" of youth leaving the commonwealth for the U.S. mainland.

Other topics that will surely be addressed by the gubernatorial candidates will be violence (such as the record 1136 murders committed in 2011) as well as a possible referendum to help decide the commonwealth's political status.

Allegations of corruption in Puerto Rico where the focus of a satirical video from comedian Carlos Ramirez. Set to the beat of a song from synthpop group LMFAO, "Corrupto and I Know It" pokes fun at Puerto Rican politicos such as Fortuño. Lyrics such as "gimme, gimme, gimme lots of bucks" and "I have robbed all that I have earned" brings a welcome moment of levity in the race for La Fortaleza: 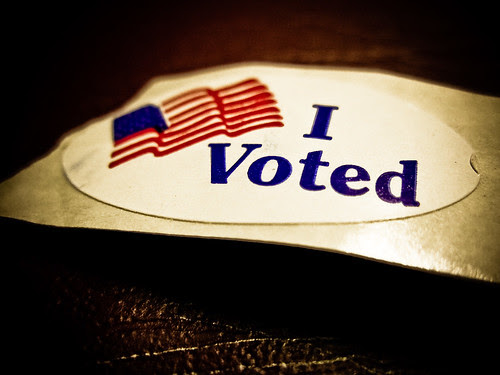 * U.S.: The Justice Department on Monday blocked enforcement of a Texas voter identification law due to the potential disenfranchisement of Latino voters.

* Brazil: Corruption allegations may’ve finally got the better of Ricardo Teixeira who resigned as the head of Brazil's soccer federation and the 2014 World Cup organizing committee.

The Miami International Film Festival was held this month and an entry from Chile captured the festival’s top award.
Bonsái examines the life of an author named Julio whose awkwardness is shown as a university student and as a young man. Julio reflects upon his past experiences with loneliness, lost love and unfulfilled goals in order to complete his next novel.

The film also provides a glimpse into Julio’s future though as noted in an article in indiwire.com, “one of Bonsái's many minor miracles is how that foreknowledge quickly becomes less relevant than the smaller moments and details leading up to that known end.”

The title of the film comes from Julio’s taking care of a bonsai tree, which he compares to his writing. “More than anything else, it seems to mirror the stunted growth of his two relationships,” according to an article from The Hollywood Reporter.

Bonsái is adapted from a novel of the same name by Alejandro Zamba, though the film’s director pointed out that the movie is more than just a simple adaptation:

(Cristián) Jiménez explained recently in an interview with EFE that “Bonsái” is…a work whose theme is a literary gesture” and one where books “play a role that go far beyond its content.”

The movie, which has been screened in festivals including Cannes, Toronto and San Sebastián, is "the existential dimension of loneliness and its characters, who face this situation refuge in books," according to its director.

Below is the long version of the trailer for Bonsái that includes English-language subtitles and is slightly Not Safe for Work:
http://youtu.be/37s_CUwcwuc

Other films from Latin American and the Caribbean received honors at the ten-day film fest including Cuban horror/satire Juan of the Dead and Mexican thriller Expiration Date. 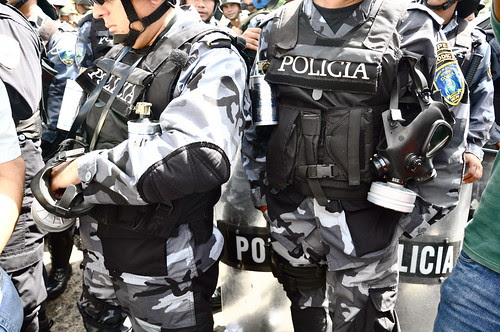 * Honduras: 54-year-old Fausto Evelio Hernandez became the eighteenth member of the Honduran media killed over the past two years after he was slain by a “machete-wielding attacker”.

* Puerto Rico: The “brain drain” of educated and skilled youth to the mainland U.S. is reportedly hurting the ailing Puerto Rican economy.

* Chile: British Foreign Minister Jeremy Browne arrived in Chile today where he’s expected to talk with President Sebastián Piñera about numerous topics including the dispute over the Falkland Islands.

* El Salvador: The opposition ARENA party may eke out a narrow win over the ruling FMLN in yesterday’s general elections.


* Japan: A minute of silence was held on Sunday on the one-year anniversary of a major earthquake and tsunami that killed over 15,800 people, left numerous towns in ruins and raised questions over the Japanese nuclear power industry.

* Uganda: The Kony 2012 campaign has raised plenty of global attention to the abuses committed by the Lord’s Resistance Army but will it help bring positive changes to Uganda?

* Spain: Hundreds of thousands of people took to the streets in dozens of Spanish cities to protest against government-backed austerity plans.

* Syria: Ex-U.N. secretary general left Syria after failing to broker a deal with the government to end their crackdown on civilian opposition and rebels.


* Brazil: A report in the Estado de Sao Paulo newspaper today claimed that federal prosecutors are looking into over 150 cases of disappeared people during a twenty-year period of military rule.

* Argentina: Buenos Aires officials announced that Tuesday would be the reopening of a street that had been closed after a nightclub fire in 2004 but near the site of a rail accident last month.

* Venezuela: According to intelligence cables unearthed by Wikileaks, senior Venezuelan military officials urged the extradition of suspected drug trafficker Walid Makled to neighboring Colombia instead of the U.S.

* Mexico: Could there be a link between 167 decomposed bodies recently found in a southern Mexican cave and Guatemala’s civil war?