* Mexico: Local energy officials claimed that power has been resorted to almost all of the 1.1 million customers whose electricity was temporarily cut off in a blackout that also affected the southwestern U.S.

* U.S.: A report presented yesterday found that basic legal rights might've been broken in the deportations of tens of thousands of Latino illegal immigrants.

* Brazil: A judge upheld the thirty-year prison sentence against a rancher convicted of the 2005 murder of nun and environmental activist Dorothy Stang.

Image – Reuters via CBC News (“A couple walk their dogs past a malfunctioning traffic intersection in Cardiff, Calif., following a sweeping power outage that knocked out power in parts of the U.S. southwest and Mexico.”) 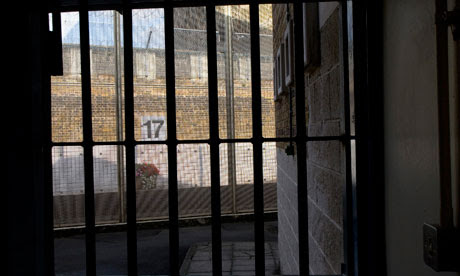 * U.S.: According to a new government report released “immigration offenses" have helped push Latinos to make up the new ethnic majority in federal prisons.

* South America: Thousands of demonstrators calling for education reform marched in several Colombian cities yesterday while organizers of education protests in Chile suspended their actions this week as a sign of respect for the victims of last week’s plane crash.

* Latin America: Could Brazil’s reviving of a “long-running anti-dumping feud” with China hurt economic ties between that Asian nation and the Mercosur bloc?

In 1977 a team with soccer legend Pele play a friendly match in Kolkata, India against local side Mohun Bagan. Thirty-four years later the Argentine and Venezuelan national teams played in an exhibition match in that city with the former beating the latter by a score of 1-0.

Star player Lionel Messi made his debut as captain of los albicelestes in that game that was played last week. But could his celebrity status help spur the development of soccer in India? Or will it require grassroots efforts like those in Venezuela, where soccer has grown despite the sport's secondary status compared to baseball? It remains to be seen if the "Messi effect" has any substantial impact for a country whose lone qualification to the World Cup finals came over sixty years ago.

* Haiti: Uruguayan President Jose Mujica apologized to his Haitian counterpart over the suspected rape of a Haitian man by Uruguayan U.N. troops while Brazil plans to remove some of its troops from the Caribbean country.

* Peru: President Ollanta Humala approved a law that would allow indigenous groups to be consulted before any rural land development projects.

* Mexico: Police arrested a U.S. man suspected of smuggling grenade parts across the border to the Sinaloa drug gang.

* Argentina: A judge opened an inquiry into allegations of rape and sexual abuse committed at a “notorious torture center” during the Dirty War period.

Image – AP via CSMonitor.com (“In this picture taken Sept. 3, 2011, people walk in front of a UN base where Uruguayan peacekeepers allegedly sexually abused an 18-year-old man in Port Salut, Haiti.”)

Yesterday would've been the 65th birthday of Freddie Mercury, the former frontman for the rock band Queen. Numerous tributes have been held in his honor this week including an animated video on Google's home page and a limited edition sports car.

In 1997 several Latin American rock musicians interpreted Queen songs to Spanish as part of a tribute album. Soda Stereo, Molotov and Fito Paez where among those who participated in the unique project. Colombia's Aterciopelados contributed "Juegale, Apuestale", their version of "Play the Game", which you can appreciate below during the group's MTV Unplugged performance in 1997: 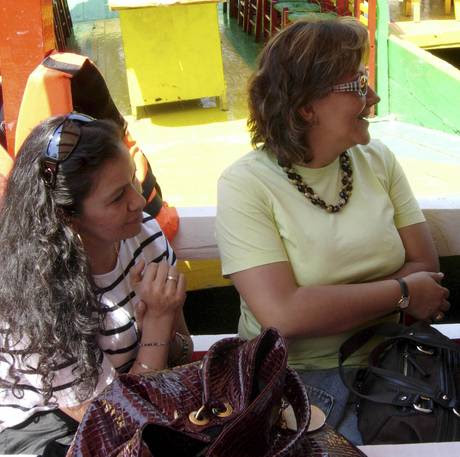 Online Sources- Too many to list!
Posted by Erwin C. at 11:30 AM No comments: 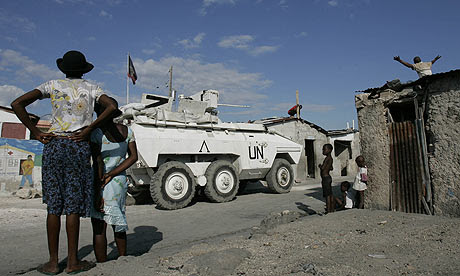 * Haiti: President Michel Martelly lashed out against an alleged sexual assault of a Haitian teen by U.N. troops from Uruguay and deemed it “an act that revolts the national conscience.” (Update: According to one Uruguayan legislator there are "two more videos and photographs" depicting abuse by U.N. peacekeepers in Haiti).

* Guatemala: The race for the presidency hasn’t show signs of slowing down ahead of Sunday's first round of elections.

* Brazil: Is the Brazilian economy about to go on the decline?

* U.S.: According to a government report released last week the Latino unemployment rate is 11.6%, a figure that nearly doubles “when the underemployed and discouraged workers are included.”

Image Source – AP via The Guardian (Haitian President Michel Martelly urged a full investigation into the supposed sexual assault of a teen by Uruguayan U.N. peacekeepers). 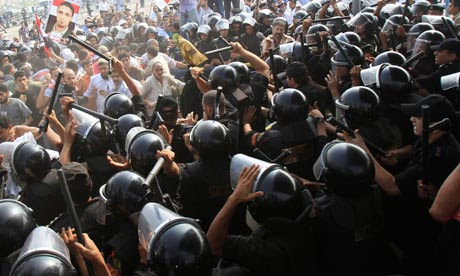 * World: Clashes broke out at the trial against former Egyptian president Hosni Mubarak while ex-president Jacques Chirac of France faces a maximum ten-year prison sentence if convicted of corruption.

* Africa: The U.N. warned that as many as 750,000 people could die in the upcoming months due to a famine that originated in Somalia.

* Libya: Authorities in China denied a report by Canada's The Globe and Mail newspaper alleging that Chinese firms were planning to sell $200 million in weapons to deposed Libyan leader Moammar Gadhafi.

* Japan: At least 34 people died as a result of one of the worst typhoons to hit Japan in recent years.

Image – Reuters via The Guardian (“Riot police clash with anti-Mubarak protestors on the first day of the former Egyptian president's return to trial.”)

Several Latin American cities, such as the Colombian capital of Bogota last February, have held car-free days designed to raise environmental awareness. Bolivia upped the ante on Sunday with the "Day of the Pedestrian", which restricted individual auto users public transit buses nationwide during ten hours. "The city is not only for vehicles but also for the people," declared La Paz mayor Luis Revilla as street performers and marathon runners took to the auto-free streets yesterday.

Sunday's activities came amid protests against the construction of a major highway through the Amazon rainforest. 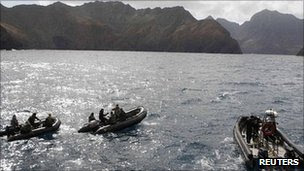 * Chile: Two days of national mourning were declared in honor of twenty-one people that are beloved to have died after an air force plane crashed off near the remote Juan Fernandez islands.

* Cuba: President Raul Castro is among the thousands of Cubans paying tribute to Defense Minister Julio Casas who died on Saturday at the age of 75.

* Latin America: A “sharp decline” in Peruvian silver mining this year has allowed Mexico to overtake the Andean country to become the world’s top silver producer.

Image – Reuters via BBC News (The Chilean navy search for bodies and aircraft wreckage near the Juan Fernandez Islands. Among those still missing from Saturday's accident is popular television host Felipe Camiroaga.)