* Libya: The death of former Libyan strongman Moammar Gadhafi has reportedly “inspired” Yemeni and Syrian anti-government protesters, while questions continue over the circumstances behind the death.

* Iraq: U.S. President Barack Obama said that troops will be withdrawn from Iraq by the end of this year.

* Thailand: Floodwaters that inundated towns and villages throughout Thailand reached into the capital city of Bangkok.

Video Source – Via the YouTube page of the Associated Press. (“Inspired by the scenes of euphoria in Libya, Syrian protesters poured into the streets on Friday and shouted that President Bashar Assad's regime will be the next to unravel now that ousted Libyan dictator Moammar Gadhafi is dead.”)


* Guatemala: President Alvaro Colom formally apologized to the family of Jacobo Arbenz, a former president who was ousted in a 1954 CIA-backed coup.

* Haiti: Plans are underway in order to apply cholera vaccinations to an estimated 100,000 Haitians.

* Mexico: Officials in the U.S. and Mexico will cooperate in order to make improvements to an “earthquake monitoring system” along the border region.

Video Source – YouTube user misterpucho (“Extract from "The century of the self" by Adam Curtis. Story behind the coup d'etat which toppled elected president Jacobo Arbenz in Guatemala in 1954. The film explains how Edward Bernays, recruited by United Fruits, created the conditions for a government intervention. Mass media were successfully used for manipulating the public and generating consensus around a military action involving the CIA.”)

Note: The major news headline of today was the death of deposed Libyan leader Muammar Gadhafi. There have been other important pieces of news from around the world, however, which we will highlight in today’s “World Watch”.
* Spain: Representatives of militant Basque separatist group ETA claimed that they will halt their decades-long armed campaign.

* Afghanistan: At least 115 suspected insurgents were reportedly killed over the past week by NATO and Afghan forces.

* Philippines: Colleagues of the late Father Fausto Tentorio have accused the army of killing the “great advocate for disadvantaged people.”

* Denmark: A study by Danish researchers has raised doubts over the rumored links between cell phone use and brain cancer.


* South America: Violence involving hundreds of “hooded vandals” marred demonstrations in Chile while protesters in Peru lifted a blockade against one of the country’s biggest gold mines.

* U.S.: According to a study released this week Latinos were disproportionately targeted under the Secure Communities deportation program.

* Venezuela: Opposition candidate Leopoldo Lopez said that he would still run for the presidency despite a Supreme Court ruling upholding his ban from office.

* Brazil: The country’s Senate backed a measure that would modify oil royalties including payments from oil drilled from promising offshore sites.

Video Source – Via YouTube use Al Jazeera English (“After months of demonstrations, Chile's student movement has reached a deadlock with the government, while outbreaks of violence continue to mar most rallies that take place.”

Note: There will be no posting on Wednesday. We hope to be back on Thursday morning. Sorry for any inconvenience this may cause.
The world of motor racing is still under mourning after the tragic death of two-time Indianapolis 500 champion Dan Wheldon. Wheldon died after crashing at an IndyCar race in Las Vegas on Sunday.

Over seventeen years ago one of the greatest Formula 1 drivers of all time died while racing. Ayrton Senna’s life was cut short on May 1, 1994 after crashing into a barrier in the early laps of the San Marino Grand Prix. During his brief ten-year career Senna amassed three World Championships and until 2006 he held the record for most pole positions with 65. His forty-one Grand Prix victories are third all-time while his 25.64% winning percentage is the third highest among drivers with at least one hundred F1 entries.

Off the track Senna showed deep concern for Brazil’s poor and throughout his life he quietly donated tens of millions of dollars for charitable causes. In 2007, the Instituto Ayrton Senna, a charity founded after Senna’s death, helped over a million children through a series of education programs.

In 2010 a critically acclaimed documentary was released on Senna’s life that focused on his career but also included home videos of him with his family. In July of that year the BBC’s hit car program "Top Gear" paid a touching tribute to Senna that is well worth watching: 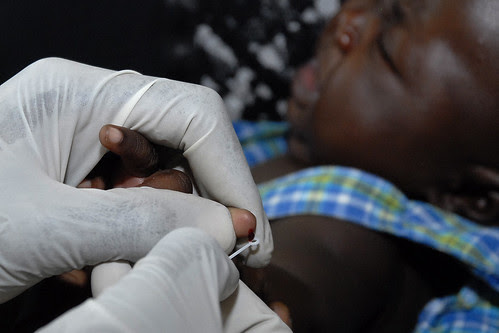 * Africa: Preliminary results of an experimental vaccine against malaria showed that the vaccine cut the risk of disease in infants roughly in half.

* Libya: U.S. Secretary of State Hillary Clinton arrived in Libya today and is expected to meet with rebel leaders who helped in the ouster of former leader Moammar Gadhafi.

* Cambodia: The trial of four ex-members of the Khmer Rouge accused of crimes against humanity and genocide is scheduled to begin next month. 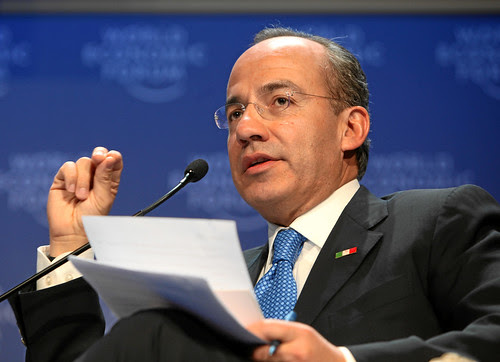 * Mexico: Members of the opposition PRI are incensed at President Felipe Calderon’s suggestion that they might seek deals with drug gangs if their candidate wins the presidency next year.

* Bolivia: Over 1500 indigenous marchers protesting against a controversial highway project are close to arriving at the capital city of La Paz.

* Brazil: An International Monetary Fund director warned that debt problems in European countries like Greece could lead to “capital flight” from Brazil.

* Central America: At least 84 people have died as a result of landslides and flooding caused by days of heavy rainfall.

* World: According to the U.N. Population Fund the global population is expected to reach the 7 billion person mark by the end of October.

* Israel: Israel’s Supreme Court approved the planned exchange of over 1000 prisoners for an Israeli soldier held by Hamas.

* U.S.: Questions over safety have been raised after the death of IndyCar driver Dan Wheldon who passed away in a massive accident while racing on Sunday.

* Nicaragua: According to Nicaraguan health officials at least 32 people have been infected with a new outbreak of the H1N1 swine flu virus.

* U.S.: At a Tea Party rally over the weekend presidential hopeful Herman Cain proposed building an electrified fence along the U.S.-Mexico border.

* Venezuela: President Hugo Chavez threatened that planes suspected of transporting illegal drugs could be shot down by the Venezuelan military.

The Occupy Wall Street movement spread to other areas of the world on October 15th, which was selected as an international day of protest. Marches were held on Saturday in Latin America and the Caribbean including events in the capital cities of Costa Rica, Peru and the Dominican Republic.

The protests throughout the region were mostly peaceful, and participants expressed their displeasure with the global economic system as well as calling attention to domestic economic problems. “We believe that economic benefits should be better distributed because it cannot be that a small group takes the best part,” sad the organizer of the solidarity protest in Asuncion, Paraguay according to the Associated Press.

Approximately 500 people protested on Saturday in Mexico City, as shown in the following video from the YouTube channel of Mexican daily El Universal. Several protesters interviewed gave different reasons for appearing at the event including the need to combat corruption, promoting greater participation of civil society in politics, and curiosity over the movement’s message. The video concludes by asking a very prescient question: will the “indignados” movement in Mexico have the “same repercussions and importance” as in the U.S. and Europe?