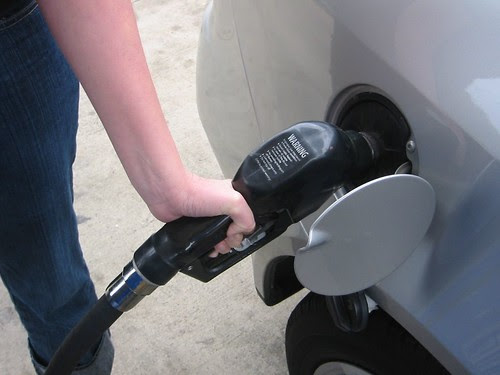 * U.S.: The price of gasoline in the U.S. rose for the 24th straight day while the price of Brent crude oil fell 2 percent for the week after five consecutive weekly gains.

* Syria: "It is unacceptable that people who have been in need of emergency assistance for weeks have still not received any help," said the president of the Red Cross after the Syrian government refused medics entry into the besieged area of Baba Amr.

* North Korea: In the aftermath of North Korea’s recent denuclearization plans, meetings are expected to take place next week to finalize details of a new U.S. food aid program to the Asian country.

* Russia: Prime Minister Vladimir Putin is expected to easily win Saturday’s presidential election in the first round by a comfortable margin according to several polls released this week.


* Guatemala: A court ruled that former dictator Efraín Ríos Montt is not exempt from prosecution on charges of genocide related to his time in power thirty years ago.

* Haiti: Days after rallying on the anniversary of the 2004 coup against ex-president Jean Bertrand Aristide, one of his key supporters said that more anti-government protests will be held next week.

* Brazil: Air accidents in Brazil increased by over forty percent last year according to new figures published by the air force.


* Latin America: Lio Messi scored his first international hat trick in Argentina's win over Switzerland, while Jose Pekerman enjoyed a great debut as Colombia coach with a 2-0 victory over Mexico.

* Cuba: U.S. Secretary of State Hillary Clinton said that imprisonment of contractor Alan Gross in Cuba is “deplorable” and said that she will not make any concessions in order to free him.

* Venezuela: “Here I go, soaring like the condor,” said President Hugo Chavez via Twitter regarding his recovery from surgery in Havana.

February 29th is a date that appears every four years in order to compensate for the discrepancy between the 365 days of the yearly calendar and the slightly longer time it takes the Earth to make one trip around the sun. For Haitians, this unique date on the calendar has a major significance.

On this date two leap years ago Jean Bertrand Aristide was ousted for the second time from the Haitian presidency. The coup d’état against him came after three weeks of attacks by a rebel army formed by armed gangs and dissident military troops.

The role of several international actors in the coup such as the French and Canadian governments continues to be a source of controversy since Aristede left Haiti in 2004. For instance, the U.S. State Department claimed that his ouster was “facilitated” by Marines based on his request. Days after he left Haiti Aristede alleged that he was forced to leave in order to “avoid bloodshed.”

Aristede’s many detractors including “business leaders (and) landowners” claimed that he was an authoritarian ruler who allowed corruption to run rampant under his administration. Yet for his supporters, such as several hundred protesters who rallied today in Port-Au-Prince, Aristede’s successors have done little to calm political tensions or improve the economy of the Western Hemisphere’s most impoverished country.

The following video is the trailer to a 2005 documentary entitled Aristide and The Endless Revolution. Directed by Nicolas Rossier, the film examined the events leading up to the 2004 coup as well as the consequences of that event in Haiti:

Aristede lived in exile in South Africa for seven years before retuning to Haiti in March 2011.

Earlier this week the Haitian government denied rumors that a judicial investigation was opened against Aristede.

* South America: Twenty-five alleged hackers linked to Anonymous were arrested by Interpol in several countries including Argentina, Chile and Colombia.

* U.S.: An alliance of three Latino civic groups have united with the goal of registering 200,000 new voters ahead of the November elections.

* Panama: Could a Panamanian bobsled team qualify for the 2014 Winter Olympics in Sochi, Russia?


* New Zealand: Scientists discovered the fossilized remains of an extinct penguin species that were over four feet tall and lived between 24-27 million years ago.

* South Sudan: The South Sudan Democratic Movement, one of the county’s largest rebel groups, signed a peace agreement with the government.

* Egypt: Three judges recused themselves from overseeing the trial of over forty “pro-democracy activists” including defendants of Egyptian and U.S. background.

* Syria: According to the U.N. over 7500 people have been killed over the past eleven months as part of the Syrian government’s crackdown against dissidents.

Black History Month will soon be coming to a close. But it's never an inappropriate time to ask what does it mean to be an individual of African-American and Latino background? In the video below via mun2, several celebrities including actor Gina Torres, musician Christina Milian and journalist Soledad O'Brien provide insight into issues of cultural identity, discrimination, and race: 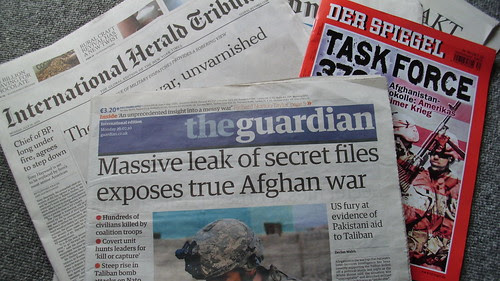 * Colombia: Amnesty International urged the FARC rebels not only to end kidnappings but also “other human rights abuses such as unlawful killings, the recruitment of children and the use of indiscriminate weapons such as land mines.”

* Peru: The Shining Path rebel leader known by the moniker of Comrade Artemio was charged with terrorism and drug trafficking in a Peruvian court yesterday.

* Brazil: The Brazilian Institute of Consumer Rights is rallying against a bill that they claim gives FIFA “too much power and few responsibilities” in organizing the 2014 soccer World Cup.


* China: Wang Shu won the prestigious Pritzker Architecture Prize in recognition of his designs including “modernist high-rise apartment buildings to a university library that appears to float on the water.”

* Syria: The E.U. placed new sanctions against the Syrian government and central bank, while dissident activists claimed that 135 people were killed across the country today.

* Russia: Authorities uncovered an alleged assassination plot against Prime Minister Vladimir Putin though opposition politicians claimed that it may be a false diversion to distract from mass protests.

* South Korea: North Korean leader Kim Jong Un blasted joint U.S.-South Korea military drills in the region and claimed that his country would be “ready to fight a war with them.” 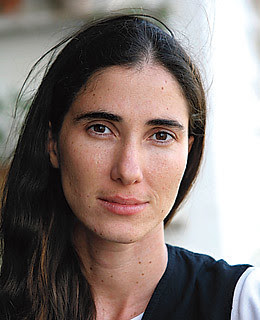 * Cuba: Dissident Oswaldo Paya and blogger Yoani Sanchez were among the 231 nominees selected for this year’s edition of the Nobel Peace Prize.

* Brazil: A "high-impact discovery" that could contain at least 250 million barrels of oil was found about 120 miles off the Brazilian coast.
Image Source – Flickr via ceslava.com (Will Cuban blogger Yoani Sanchez win the Nobel Peace Prize?) (CC BY-SA 2.0)

Nuestro Cine: And the Oscar Goes To...

As we mentioned earlier this month, Demián Bichir of Mexico and Argentine-French actress Bérénice Bejo received Academy Award nominations and they could win the coveted gold statuette this Sunday.

2011 was a banner year for films from Latin America and included action flicks (Mexico's Miss Bala), "gaucho westerns" (Argentina's Aballay) and innovative thrillers (Uruguay's The Silent House). Nonetheless, movies from the region where unfortunately overlooked when the Academy selected its finalists for Best Foreign Film.

Could Chico and Rita capture top honors tonight in the Best Animated Film category? The love story between two Cuban musicians has an outside chance of winning over the likes of bigger box office draws such as Rango and Puss in Boots. But as we pointed out in 2010, Chico and Rita has a wonderful plot, rich animation and a soundtrack scored by celebrated Cuban pianist Bebo Valdés.

Check out the following clip for Chico and Rita and decide for yourself if it deserves Oscar honors tonight:

Update: Bichir, Bejo, and Chico and Rita did not win in their respective categories at Sunday's Academy Awards ceremony. 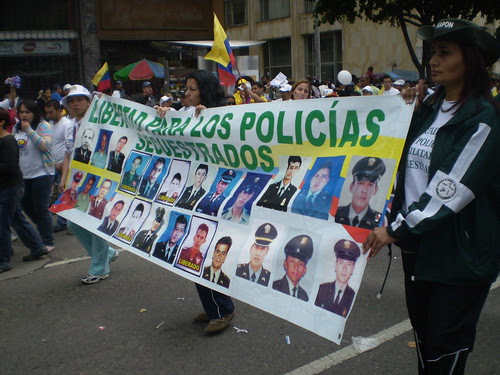 Colombia’s FARC rebels will allegedly free all ten kidnapped military and police officers according to a communiqué issued on Sunday morning.

The guerillas declared “our decision to add the remaining four to the announced decision to release six prisoners of war” in a message first published via the Anncol news organization’s website. Furthermore, the FARC claimed that "from today on we ban the practice" of kidnapping, which is a tool that they have used for decades as part of their armed conflict against the Colombian state.

The declaration did not mention if the rebels would free any of their civilian hostages and also stopped short of calling for a ceasefire. The FARC’s statement detailed that they will “resort to other forms of funding and political pressure” and alleged that the increased militarization by the government would lead to “an indefinite prolongation of the war.”

Colombian president Juan Manuel Santos reacted cautiously to the announcement by the guerillas. In a pair of Twitter messages, Santos said that he was “very happy” over the freeing of the ten men but warned that renouncing future kidnappings was an “insufficient” move.

Today’s news comes three months after the FARC said that they would free six policemen and troops. That process was delayed, however, after the rebels accused the government of not suspending military operations in the area where the hostage release was due to take place. (In response, the Santos regime blamed the FARC of lying by not providing the geographic coordinates for a potential liberation).

Marleny Orjuela, the head of the Colombians for Peace activist group, was named by the FARC as one of the liaisons for the planned freeing of the hostages. She urged the Colombian government, the International Red Cross and delegates from the Brazilian government to “meet as soon as possible” in order to work out the details of the liberation that could take place as soon as next month.

The possible liberation of the uniformed personnel was met with joy and excitement by some of their family members. “This is news that we’ve been waiting for a long time,” said Griselda Medina whose son, Wilson Rojas, has been held against the will by the FARC since 1999.

Several days ago a radio station held a marathon broadcast from Bogota’s central Bolivar Plaza urging an end to kidnappings by the FARC and other guerilla groups. Relatives of kidnapping victims and others affected by the Colombian armed conflict participated in the event including Natalia Andrea Duarte. She arrived in the main square after marching forty miles in solidarity for her father, a policeman kidnapped by the FARC nearly thirteen years ago. The seventeen-year-old called on ordinary Colombians to combat violence and had some harsh words for her dad’s captors:

“I’m very sad and disappointed by Colombia,” she said and also noted that when she reached the Bogotá suburb of Soacha “the people started to reject the calls for peace that we have been seeking”…

“It has been twelve years and seven months where I’ve been unable to know my father’s image or receive his scolding, hugs and kisses. So what is this? I demand that they return what the took from me.”