* Honduras: Honduran and international human rights groups alleged that the government’s crackdown on gang violence led to overcrowded prisons including the one where over 350 people died in a fire.

* Latin America: According to a new study China has issued $75 billion in loans to Latin America since 2005; thus, topping financing from the World Bank, Inter-American Development Bank and U.S. Export-Import Bank.

* Brazil: Officials in Rio de Janeiro state reportedly plan to give away over three million condoms during Carnival festivities that begin this week.

* U.S.: A Pew Research Center analysis concluded that Latinos have helped boost the rise in interracial marriages to a record 4.8 million unions.


* Honduras: According to “an internal Honduran government report obtained by The Associated Press” most of the inmates in a Comayagua prison where a major fire took place on Tuesday hadn’t been convicted of any crime.

* Mexico: Police captured a suspected methamphetamine producer who is also a fugitive in the U.S.

* Cuba: Cuba’s Foreign Minister said that his country would be willing to attend the upcoming Summit of the Americas but rejected the idea of rejoining the Organization of American States.

Video Source – YouTube via euronews (“Body after body has been brought out of the raised Comayagua jail in Honduras after what is now recognized as the world's worst prison fire.”)

In what is being reported as “one of the worst prison fires ever in Latin America,” at least 357 people died after a massive blaze swept through a Comayagua prison on Tuesday night.

Officials including one speaking in the below video said that most of the dead were “burnt, carbonized, or asphyxiated” due to the acrid smoke:

The exact cause of the fire in the prison has yet to be determined though prison service head Daniel Orellana claimed that one hypothesis is that a prisoner set fire to the mattress in his cell. Yet Orellana denied rumors that a riot in the prison occurred before the fire.

Today about 300 inmates’ relatives surrounded the Comayagua prison seeking answers over the state of their loved ones who ether died or are disappeared. Police fired tear gas after some relatives attempted in desperation to break through the prison gates.

“We understand the families’ pain but we have to go through with the process according to the law”, said Security Minister Pompeyo Bonilla to the Honduran press.

A few of the survivors accused the prison guards of not opening all of the cells to permit inmates to flee the fire. These allegations are unproven though Comayagua firefighters' spokesman Josue Garcia noted, “we couldn't get them out because we didn't have the keys and couldn't find the guards who had them.”

The Comayagua prison housed approximately 850 inmates, more than double its original capacity. Overcrowding is one of the worst problems in Latin American prisons including in Honduras according to a recent U.S. State Department report:

"Authorities did not provide adequate food or other basic necessities. The ready access of prisoners to weapons and other contraband, impunity for inmate attacks against nonviolent prisoners, inmate escapes, and threats by inmates and their associates outside prisons against prison officials and their families contributed to an unstable and dangerous penitentiary system environment," the department said in its 2010 Country Reports on Human Rights Practices.

As we mentioned last week, U.N. human rights representative for South America Amerigo Incalcaterra decried the “alarming pattern of prison violence in the region” due to overcrowding and unsanitary conditions.

Update: According to the Honduran press, the death toll has increased to at least 364 deaths while authorities believe that between eighty and ninety inmates may have escaped amidst the chaos caused by the fire.In a televised speech this afternoon Honduran president Porfirio Lobo suspended prison officials as part of a "totally transparent" investigation into the fire. Meanwhile, a team from the Inter-American Commission on Human Rights will be dispatched to Honduras in order to conduct their own probe.


* Peru: Hundreds of women forcibly sterilized in the 1990s under a program created by then-President Alberto Fujimori continue to wait for to justice to be served.

* Nicaragua: The head of the central bank quit after a disagreement with President Daniel Ortega over how to pay for a regional bank for the ALBA bloc.
* Venezuela: Political opposition groups cried foul after the Supreme Court ruled against the destruction of lists of voters who participated in Sunday’s primary election.

* South America: Chilean president Sebastian Pinera received a “surprise phone call” from British Prime Minister David Cameron and they reportedly discussed the dispute between the U.K. and Argentina over the Falklands. 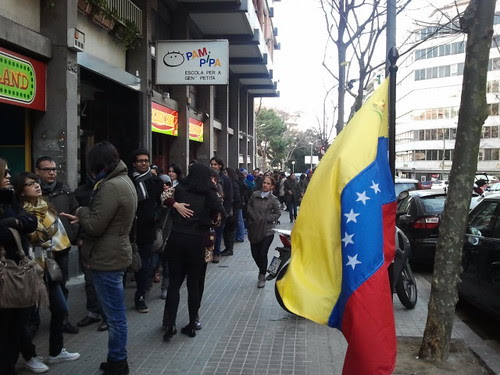 * Mexico: Despite heavy media coverage of the Mexican “drug war” tourism to that country rose in 2011 with over 22 million foreign visitors arriving by air.

* Argentina: The Argentina's transport worker's union will reportedly boycott all British ships due to the dispute over the Falklands Islands.

* Peru: “The Shining Path is no longer a threat to the country,” proclaimed President Ollanta Humala after the rebel’s leader was captured in a military operation.


* Zambia: The Zambian men’s soccer team celebrated their first ever Africa Cup of Nations title by paying their respects to their comrades who died in a 1993 plane crash in Gabon.

* Greece: Stocks around the world rose after the Greek parliament approved a controversial austerity plan that was not well received by demonstrators in Athens.

* Middle East: The Israeli and Iranian governments have accused each other of a pair of bomb attacks at Israeli missions in India and Georgia.

The latest edition of the Grammy Awards on Sunday night will most likely be remembered for Adele winning six trophies as well as the tributes to the recently deceased Whitney Houston. In terms of Latino music, one of the event’s biggest surprises was Mana beating out Calle 13 to win in the Latin Pop, Rock or Urban Album category. Yet an even greater surprise could occur later this year thanks to another Grammy winner: Venezuelan conductor Gustavo Dudamel.

Dudamel may’ve won his Grammy with the Los Angeles Philharmonic for their recording of Brahms' Fourth Symphony, but since 1999 he has served as the music director of the Simon Bolivar Youth Orchestra. This orchestra is an important product of El Sistema, a novel music education program run in Venezuela. Founded in 1975 by former economist José Antonio Abreu, the El Sistema network has helped teach classical music to at least 250,000 youth including children from impoverished economic backgrounds. The program has received government support since 1977 and has been critically acclaimed around the world.

In 2008 Abreu won both the Glenn Gould Prize and the Prince of Asturias Award for he Arts. He could earn a greater recognition later this year after representatives of the International Hagiography Academy nominated him for the Nobel Peace Prize. “Master Abreu has met all the conditions because he made music the language of peace and a symbol of Venezuela,” proclaimed the Academy’s president, Monsignor Rafael Febres Cordero, last month.

Should José Antonio Abreu become the first Latin American in two decades to win the Nobel Peace Prize? Perhaps the music from the Simon Bolivar Youth Orchestra will help you decide: 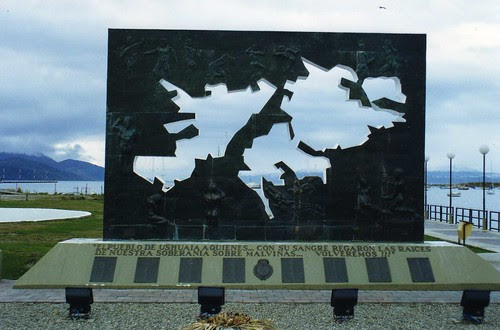 * South America: While UN Secretary-General Ban Ki-Moon urged Argentina and Britain to “avoid an escalation” in the dispute over the Falklands, Chilean officials denied “media rumors” claiming that they would consider a blockade of the disputed islands.

* Mexico: According to documents filed in a U.S. court, Mexican drug gangs paid $4.5 million in “political bribes” to figures in the opposition Institutional Revolutionary Party (PRI).

* Brazil: Will France’s Dassault Aviation beat Boeing and Saab and win a major contract to refurbish the Brazilian air force?

* Haiti: A fifteen-member delegation of the U.N. Security Council is expected to arrive today in Haiti in order to observe reconstruction efforts over two years after a deadly earthquake shook the country.