* U.S.: A study by a humanitarian group concluded that thousands of undocumented immigrants crossing the border from Mexico into the U.S. have faced widespread abuses by the Border Patrol.

* Honduras: The country’s National Commission for Human Rights found that 23 journalists have been murdered since 2007 including 16 since the 2007 ouster of President Manuel Zelaya.

* Venezuela: Did President Hugo Chavez play a “discreet” role and intervene in the freeing of two U.S hikers detained in Iran?

* Peru: According to the government, investment in the mining sector grew by 71% during the first seven months this year in comparison to the same period in 2010.

At the UN: Arms, the Falklands, and the debate over Palestinian recognition


Several Latin American spoke at the UN General Assembly on Wednesday. What did some of them have to say? Here is a brief summary:
Tomorrow we’ll look at yesterday’s remarks by Brazil’s president as well as speeches on the agenda today. (The leaders of Chile, Peru, Costa Rica, and the Dominican Republic are expected to address the UN on Thursday).

Online Sources- Too many to list!
Posted by Erwin C. at 12:30 PM No comments:

Leaders from around the world have come to New York during the UN General Assembly this month and the presence of some of these figures can be controversial. Such is the case with the anticipated protests today against Iranian president Mahmoud Ahmadinejad’s speech at the UN as well as the head of one Latin American country.

As part of his agenda in New York Ecuadorian President Rafael Correa was scheduled to attend and possibly speak at a cultural event in Union City, New Jersey tomorrow evening. That led to an uproar from members of the local Latino community, especially those with ties to Cuba, Venezuela and Ecuador. “As a Cuban-American I think it is not appropriate for (Correa) to come here,” said Union City Commissioner Lucio Fernandez to NJ.com after local politicos were reportedly “taken…by surprise” by such an angry reaction to a possible Correa visit.

Ultimately the pressure from the community led Union City Mayor Brian Stack to issue a simple message to Correa: don’t show up.

As seen in the above video, Stack deplored Correa’s “association with Fidel and Raul Castro of Cuba and Hugo Chaves of Venezuela” as well as Ahmadinejad. Though Stack claimed that Correa “is not a communist” the mayor also declared that he would “never support…dictators”.

It remains to be seen if the event to be held in Union City High School will go on without Correa. Meanwhile the Ecuadorian president will reportedly attend other gatherings in the New York City area. 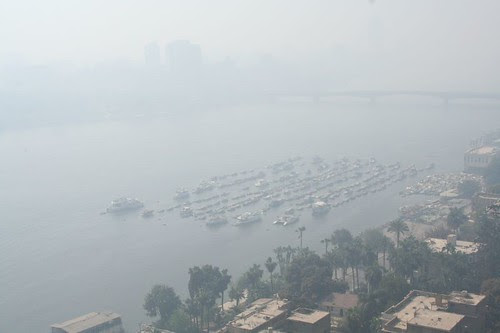 * U.S.: A study of several major metropolitan areas concluded that half of Latinos are at risk of serious illness as a result of high air pollution.

* Brazil: In what is sadly not a repeat of a case in 2007, a teenage girl claimed that she was abused and raped by male inmates at a Para state prison.

* Latin America: According to the International Monetary Fund economic growth this year in Latin America and Caribbean is expected to be less than initially estimated.

* Mexico: Prosecutors dropped terrorism and sabotage charges against two people jailed for sending Twitter messages about an alleged attack on a school.

Today's Video: Turn on the news

Have Chilean police used excessive force against media outlets covering student protests? According to Reporters Without Borders, the answer would be "yes":

“Arbitrary arrests and targeted physical attacks against journalists had been rare during the demonstrations until the last three weeks,” Reporters Without Borders said...

“The Chilean spring could get darker as it goes on, especially for the journalists, who are exposed both to the abuses of the carabinero police and the readiness of the most radical demonstrators to do battle."

The Knight Center for Journalism in the Americas blog recently posted a video from an Argentine TV news station claiming that their reporters were "aggravated" while covering protests on September 11th. See for yourself if this was really a case of heavy-handedness by the authorities or not:

* Ecuador: By a 3-to-1 vote an appeals court upheld the libel convictions and sentences against three former newspaper executives and ex-El Universo editorialist Emilio Palacio.

* Haiti: A medical records review of Wildrick Guerrier, a Haitian man who died in January after being deported from the U.S., reportedly showed that he was healthy during his time in detention.

* U.S.: A trio of stalled free trade pacts including agreements with Panama and Colombia could finally be moving forward in Congress.

Latin America and Palestinian recognition at the U.N. 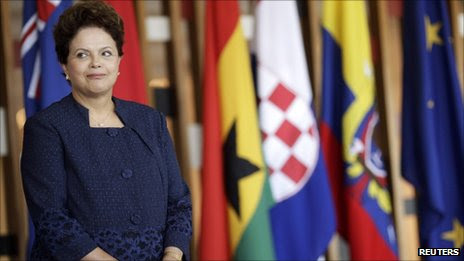 On Tuesday U.S. President Barack Obama and his Brazilian counterpart, Dilma Rousseff, helped inaugurate the Open Government Partnership. Despite joining together to chair the UN promoted initiative, both leaders are expected to meet today and discuss an issue that has placed them at odds with each other: Palestinian statehood.

In recent months leaders of nearly every Latin American country have given their backing to the creation of a Palestinian state. Rousseff, who will become the first woman to open a General Assembly session, is expected tomorrow to reiterate Brazilian support that was first mentioned nine months ago. “As we all know Brazil recognized the Palestinian State December 2010, in a letter addressed by former president Luiz Inácio Lula da Silva to the president of the Palestinian National Authority…and there is no change anticipated in the Brazilian position, said a presidential spokesperson according to the website of Brazzil Magazine.

The U.S. and Israel have attempted to dissuade Palestinian Authority President Mahmoud Abbas from seeking a U.N. Security Council (UNSC) resolution for the recognition of a Palestinian state. According to Bloomberg a potential UNSC resolution for Palestine has the support of at least eight members including Brazil, which is one short of the nine needed to pass the resolution. But that crucial ninth vote will not come from the other UNSC representative: Colombia. Yesterday Colombian Foreign Minister Maria Angela Holguín said that he county would abstain and also echoed U.S. diplomatic sentiment by calling for a “bilateral dialogue between Israel and Palestine.”

With the U.S. expecting to use the veto power in the UNSC the decision over Palestinian recognition may be decided by the General Assembly. Since Latin America and Caribbean bloc could have a big impact in a General Assembly vote, it should come as no surprise that Israeli and Palestinian diplomats have tried to seek any advantage possible:

At a meeting in El Salvador in August of representatives of about 30 Caribbean and Central American governments, the Palestinian Foreign Minister, Riyad al-Malki, spoke on the issue of Palestinian statehood. Although, as the Israeli daily Yedioth Ahronoth reported, it ''was never included in its agenda''.

Israel appealed to summit officials, asking that the al-Malki speech be cut from the program. A squabble ensued - with delegates to the conference (among them Belize, population 333,000; Grenada, 110,000; St Kitts and Nevis, 51,000) agreeing that the Palestinians could give a ''courtesy speech'', while Dorit Shavit, an official of the Israeli Foreign Ministry, was dispatched to the summit to make a similar speech on behalf of Israel.

Both gentlemen were praised by the MacArthur Foundation for their immense talents within their respective fields of music. In the case of the Cuban-born Prieto the organization recognized how he “is infusing Latin jazz with a bold new energy and sound” partly due to his “ability to execute highly complex, polyrhythmic structures with extraordinary speed and precision.” These qualities can be appreciated in the clip you can view here from a 2009 performance with his Si o Si ensemble.

Meanwhile, the foundation exalted Núñez’ vision that “elevated the youth chorus to the ranks of serious contemporary music, commissioning and performing some of the most challenging works for youth choirs.” Since its inception in 1988, Núñez has guided the Young People's Chorus (YPC) to include over one thousand singers including some that tour around the world.
The video below shows Núñez leading the YPC earlier this year in a stirring rendition of Picaflor Esmeralda" by Gabriela Lena Frank:

Each grant recipient will get a $500,000 no-strings-attached gift to be doled out over a five-year period. According to Bloomberg, Prieto said that he will use his grant to “self-publish a book on drumming and record a trio album in January for which he has been writing music.” For his part, Núñez told the AP that he “feels like I have an opportunity here and a challenge to figure out something really great” with the grant funds.

* Guatemala: At least three people died as a result of several earthquakes that shook Guatemala yesterday.

* Ecuador: Chevron may have no other choice but to pay $18 billion to Ecuadorian plaintiffs in an environmental damages case.

* Paraguay: The Paraguayan economy could be hit with a severe blow after officials suspended beef exports due to an outbreak of foot-and-mouth disease.

* Haiti: Five Uruguayan sailors have been detained after being accused of sexually abusing a Haitian man during their time as U.N. peacekeepers.

Image – AP via CSMonitor.com (“Residents look on inside their damaged house after an earthquake in Cuilapa, Guatemala, Monday, Sept. 19, 2011. Four earthquakes struck the southeastern part of Guatemala in less than two hours Monday afternoon.”)

Online Sources- Xinhua, Reuters, Voice of America
Posted by Erwin C. at 9:45 AM No comments: 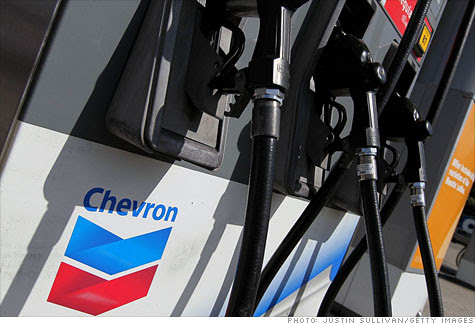 * Argentina: The Grandmothers of the Plaza de Mayo received a human rights award from the UNSECO several weeks after the group identified the 105th "stolen child" during the Dirty War dictatorship.

* Colombia: The army located nearly 2000 landmines allegedly placed by the guerillas in a province along the border with Ecuador and Peru.

* Venezuela: President Hugo Chavez rejected a recent decision from the Inter-American Court of Human Rights permitting the ex-mayor of a Caracas suburb to run for the presidency.