A few days ago we looked at “Searching for Sugar Man” a documentary that will be screened this weekend as part of the Tribeca Film Festival in New York. We briefly mentioned how plenty of media attention had been paid to the disappearance and possible defection of two Cuban actors who starred in another film featured at Tribeca: “Una Noche” (“One Night”).

The whereabouts of Javier Nuñez Florian and Anailin de la Rua de la Torre continue to be unknown after they were reportedly last seen at Miami International Airport on April 18th.

Despite the absence of two of the film’s protagonists, “Una Noche” received one of the film festival’s top prizes this week when best actor awards where given to Nuñez Florian and co-star Dariel Arrechada.

Arrechada, who was present at the premiere and the awards ceremony, was seemingly disappointed that he couldn't share the honors with his co-stars:

* Mexico: A group of Mexican independent truckers protested yesterday against the unsafe use of double-trailer vehicles throughout the country.

* Argentina: The Argentine Senate gave their approval to the government’s planned takeover of a majority of energy from YPF from Spain’s Repsol.

* Brazil: Is Brazil’s economic boom not all that it’s cracked up to be?

* Japan: “Increasing competition from casual gamers playing on their smartphones” has been cited as one of the reasons behind Nintendo posting its first annual loss last year.

* Syria: The Local Coordination Committees of Syria opposition group claimed that they’ve identified the bodies of 462 people killed since a U.N. mission entered the country ten days ago.

April 25th was World Malaria Day, which recognizes the efforts around the world to try to control the disease that is spread by infected mosquitos.

According to the World Health Organization, (WHO), approximately half of the world's population in 2010 (roughly 3.3 billion people) were at risk of malaria. Every year, an estimated 655,000 deaths are attributed to malaria and the WHO points out that “people living in the poorest countries are the most vulnerable”.

Great strides have been made to combat malaria transmission throughout Central and South America including a 52% drop in the number of cases and 57 % decrease in deaths in 2008 according to the Pan-American Health Organization (PAHO). Nevertheless, residents in areas such as the Amazon region in Brazil, Colombia’s Pacific coast and the island of Hispaniola are highly susceptible to malaria infection and death.

The following video from the PAHO examines several methods used to combat malaria without the use of pesticides like DDT. One of the keys to malaria prevention, as seen in the video, is promoting active community participation:

The U.S. Centers for Disease Control and Prevention noted that 35 countries (30 in sub-Saharan Africa and 5 in Asia) account for a whopping 98% of global malaria deaths.

* South America: Standard & Poor's downgraded its credit rating outlook for Argentina in the wake of the government takeover of YPF, while Moody’s revised Uruguay's rating outlook from stable to positive.

* Brazil: President Dilma Rousseff is expected to use her line-item veto powers against a controversial environmental bill that critics believe will lead to increased deforestation.

Video Source – YouTube via NTDTV (Suspected drug trafficker Walid Makled was sought by both the U.S. and Venezuela but he was eventually extradited from Colombia to its South American neighbor in May 2011).

This year’s version of the Tribeca Film Festival in New York started one week ago today and will end this Sunday. One of the most focused upon news stories of the event has been the disappearance (and possible defection) of two Cuban actors who starred in a “One Night,” a film featured in Tribeca about Cuban migrants journeying to the U.S.

Among the films in Tribeca focusing on Latinos and Latin America is “Searching for Sugar Man” a documentary on the Mexican-American folk singer simply known as Rodriguez.

Rodriguez may not be a household name in the country of his birth, yet his soulful and politically-conscious music of the 1970s made an impact in numerous nations thousands of miles away. One of these countries was South Africa where his songs resonated with a younger generation opposed to Apartheid and the government’s authoritarianism.

Though Rodriguez was a superstar in South Africa he was unaware that he gained such a status. Thus, an urban legend grew amongst his fans in that country where it as rumored that he committed suicide by going onstage and either lighting himself on fire or shooting himself in the head.

“Searching for Sugar Man” follows two of his South African fans determined to find out the true fate of their musical hero. This brief clip from the documentary provides a glimpse at how Rodriguez’ music taught thousands of South Africans that it was “okay to protest against society”:

“Searching for Sugar Man” will be screened this Friday night at the Clearview Cinemas Chelsea 7 in New York City.

The film is planned for release in New York and Los Angeles on July 27, with more cities to follow.

(Hat tip: Brooklyn Vegan, which also reveals if the urban legend on Rodriguez’ death is true or not). 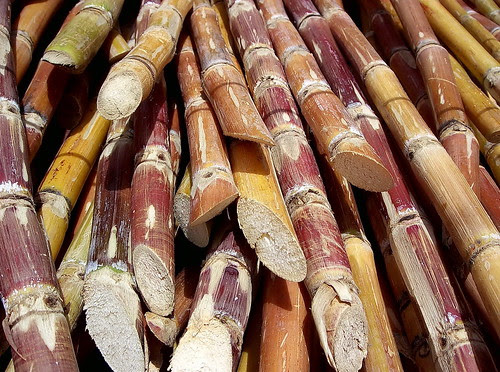 * Dominican Republic: A delegation from the U.S. Department of Labor will reportedly look into accusations of child labor and abuses of Dominican sugar workers.

* Latin America: A gunned down Brazilian newspaper reporter became the fourth journalist killed in that country this year, while Panamanian President Ricardo Martinelli publicly apologized for calling a local reporter a drug addict.

* Mexico: Approximately half of state prosecuting authorities will not investigate allegations of $24 million in bribes paid by Wal-Mart’s Mexican division.

* Paraguay: After years of delays 2005 court decision to return ancestral lands to the indigenous Yakye Axa community is supposedly being implemented. 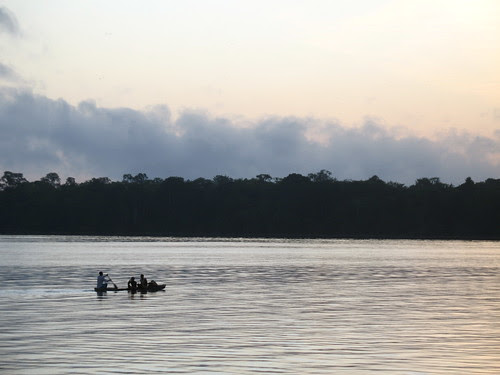 * Brazil: The country’s lower house of Congress is expected later today to approval a controversial environmental proposal that critics claim would lead to increased deforestation.

* Mexico: Shares of Wal-Mart tumbled by almost 5% yesterday after it was reported over the weekend that execs tried to cover-up an investigation into bribery allegations in Mexico.

* Mexico: Officials at Wal-Mart have come under fire after a former executive of the retail giant’s Mexico division alleged that the company paid millions of dollars in bribes to secure permits to build new stores.

* Argentina: A new poll found that 62% of Argentines backed their government’s decision to take over majority control of energy firm YPF from Spain’s Repsol.

* Peru: President Ollanta Humala said that changes to the Conga mining project have made it safer despite concerns by locals over possible environmental damage.

Image Source – Flickr via Adam_d_ (Interior of a Wal-Mart in Merida, Mexico). (CC BY 2.0)
Online Sources- BBC News, AFP, The Latin Americanist, Bloomberg, MSNBC
Posted by Erwin C. at 8:15 AM No comments: