A report from the International Monetary Fund (IMF) claims that Latin American economic growth over the past few years should last longer than previous periods of growth. “The region has made important strides in addressing the roots of macroeconomic stability and still faces a relatively favorable environment for making further progress,” according to the author of the IMF report that was released on Wednesday.

Central American leaders signed a declaration promising better regional cooperation at the conclusion of this week’s summit amongst delegates from the region. The declaration laid out plans for better border control and creating a common customs system for . 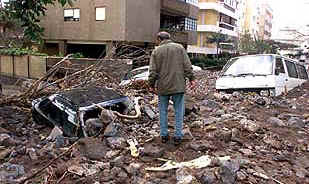 President Michelle Bachelet declared a state of emergency for areas of central ravaged by flooding and landslides. Heavy rainfall has led to the deaths of 11 people and left 30,000 people homeless and searching for dry land. (Image is of the damage from a previous flood through Chile).

Chile, weather
Posted by Erwin C. at 9:00 AM No comments:

The International Court of Justice (ICJ) ruled in favor of to allow the construction of paper mills along the river border with . The ICJ’s ruling is provisional, however, and it still reserves the right to outright accept or reject the case at a later date. claimed that mill construction would seriously damage the border formed by the Uruguay River, while claimed that the mills are needed to create jobs. (Previous posts on the debate here, here, and here.) 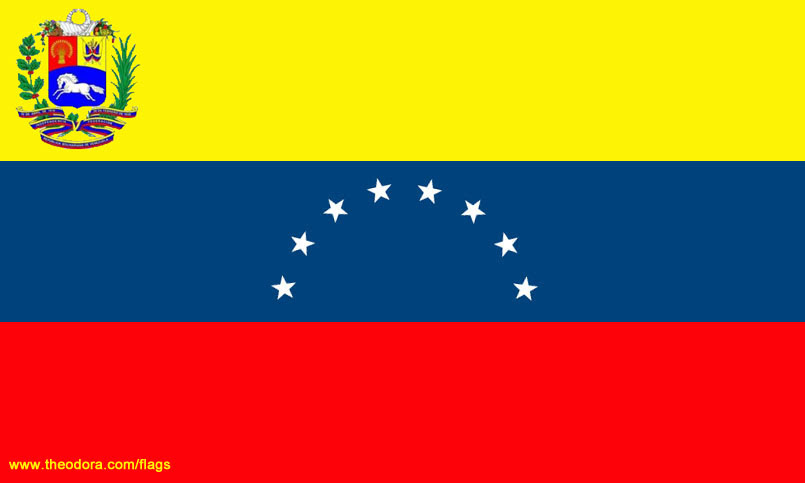 -On Tuesday the Venezuelan government paid off 70% of a near quarter billion dollar debt it had with the World Bank. However, that payment may be cancelled out by new loans from the World Bank.

-Gasoline company Citgo, which is owned entirely by the Venezuelan government, will stop distributing gasoline to 1800 independently-owned stations. Meanwhile, Citgo will increase oil exportation to by 300,000 barrels per day.

- and ’s presidents Hugo Chavez and Alvaro Uribe inaugurated a gas pipeline which would help integrate energy projects throughout the region. and agreed to the construction of the pipeline last November.

-“Long live Fidel!” declared president Chavez as he rejected a Bush administration report that accused Venezuela of helping fund Cuba’s desire to open politically. The report was released on Monday and also called for the government to spend $800 million on anti-Castro groups.

-As a guest to the African Union summit earlier this week in , President Chavez proposed increased cooperation between Africa, the Caribbean, and . Such cooperation would be based on energy, education, telecommunications, and finance. 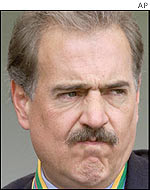 Former Colombian president Andres Pastrana (image) resigned as ambassador to the after president Alvaro Uribe planned to give the ambassadorship of to ex-president Ernesto Samper. Pastrana’s resignation has been part of an uproar by the government and ’s diplomatic community against Samper, who was a staunch supporter of Uribe's reelection bid, defeated by Pastrana in 1998, and embroiled in controversy over corruption during his mandate.

colombia, corruption, international politics
Posted by Erwin C. at 9:31 AM No comments:

Support for Brazil's president (left image) has slipped a few points due to attack ads from the opposition though Lula leads his nearest rival by about 17%. A slight majority of those polled would reelect Venezuelan president Hugo Chavez though 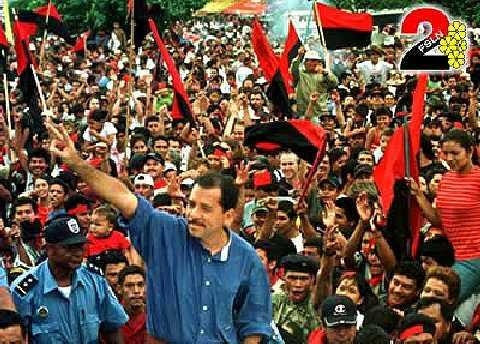 approximately 1 out of 3 people would opt for an opposition candidate. Sandinista leader Daniel Ortega (right image) leads a pack of candidates for ’s presidential race and that lead could be greater if he can corral the support of backers of recently deceased candidate Herty Lewites. Lastly, public support for Guatemalan president Oscar Berger has grown though his approval rating is a dismal 23%.

A report from a government commission on suggested that the Bush administration double the money spent on anti-Castro activities. The Cuban exiled community, especially exile groups like the Cuban American National Foundation, were thrilled with the news out of while the Cuban government was displeased with the boost in resources to “anti-Cuban paramilitary groups.” (Original post here).

Human rights group Amnesty International (AI) reported Monday that hundreds of women are dying in yearly due to “discriminatory health services.” This report from AI comes on te heels of a recent report urging ’s government to be more active in combating discrimination against women.

More Mexicans sought political asylum into last year than any other group, yet only 1 in 5 applicants had their request approved. Domestic abuse, harassment based on sexual preference, and political persecution are some of the reasons why Mexicans have claimed asylum in .

canada, mexico, immigration
Posted by Erwin C. at 9:18 AM No comments:

-Colombian rock band Aterciopelados (left image) have been touring the U.S. and are soon going to release their first album in five years with guest vocals from Spain’s Alex Ubago and Mexico’s Julieta Venegas.

-Juanes will be taking a year-long break from touring and traveling in order to “devote more time to my family…and to work more” for his charity.

f releasing songs in English even if it means alienating her core audience.

-The Miami Herald slammed the “mechanical pop fodder” and “predictable” dance moves of bubblegum pop sensation RBD (right image), though the article acknowledged the group’s huge music sales. (Compare that article to this one from Today).

-“Nelly Furtado…apparently has traded her cute cred for something more primal so she can instigate her skank standoff with (Shakira) the Colombian sexpot… Furtado can't hold a lighter to Shakira in that world”. Ouch!

Caribbean Community leaders admitted that they will back ’s attempt for a seat on the U.N. Security Council. During the Caricom summit last week, member states also agreed on other measures like initiating separate free trade negotiations with and the 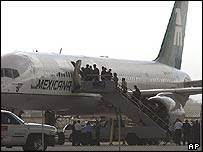 Mexican president-elect Felipe Calderon denounced plans by the U.S. government to erect a wall along the U.S.-Mexico border, much to the chagrin of the Bush administration. In response, White House spokesman Tony Snow deemed Calderon as having "no authority over U.S. government activities." (Link in Spanish).

For the third consecutive summer, the government resumed its repatriation program for Mexican illegal immigrants (image). The program targets women, children, and “those deemed at physical risk” and flies them to where upon they are bused back to their home communities.

Is the “pink revolution” over? 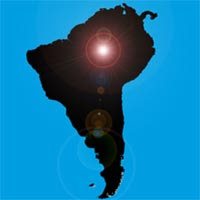 The answer is “yes” according to this analysis from Reuters based on the results of recent presidential elections in , , and . Yet the article misidentifies the left as only that of populists a la Hugo Chavez. Moderate members of the left, like ’s Luis Inácio Lula da Silva are pigeonholed as “European (-style) social democrats” that are anomalies and not representative of the Latin American political left.

Meanwhile, Newsweek International takes into account that the Latin American political left is not the misrepresentative monolith the Reuters article said. Furthermore, the Newsweek International article would seem to answer the abovementioned question by saying that there is no “pink revolution”; rather, moderates on the left and right are in power instead of those on the extremes. Inasmuch as there are sharp class divisions based on “how unevenly the benefits of economic liberalization have been distributed”, political consensus has been reached in many countries.

Then again there is the conclusion that my colleague Taylor Kirk surmised in a post from last November- the “pink revolution” is a media-constructed phenomenon that oversimplifies a complex political picture.

So what do you think?

(More information on Latin America's shift to the political left can be read in this post.)


election, international politics, latin america
Posted by Erwin C. at 10:49 AM No comments:

According to study from a Chilean group specializing in children, 18% of kids in that country suffer from obesity, which will make it very difficult for government plans to reduce childhood obesity levels to 12% by 2010. This is a problem not only found in children as demonstrated by ’s 2000 National Health Survey that found about 3 in 5 Chileans are overweight.

Five lessons from the Mexican elections via Andres Oppenheimer

Columnist Andres Oppenheimer gives his five lessons from last week’s Mexican presidential elections including the need for a runoff vote and the possibility of ’s mayor-elect to be the PRD's presidential candidate in 2012. (Compare Oppenheimer’s five points to those by Bloggings by Boz as mentioned in this post).

Montoya set to make big leap from F1 to NASCAR 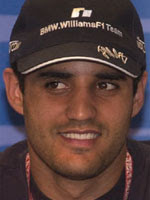 Yesterday, Colombian Formula 1 driver Juan Pablo Montoya (image)announced that he will participate in NASCAR next year, which would lend international appeal to an auto circuit that has boomed in popularity in the U.S. over the past decade. Montoya will become the NASCAR Nextel Cup’s only foreign born and non-white regular driver. 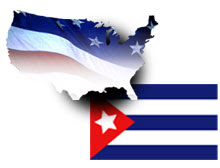 A Bush administration report on how to deal with regime change in was released last week and included suggestions on how to strengthen the embargo. Needless to say, the Cuban government was displeased with the report as Parliament head Ricardo Alarcon deemed it as part of a “real threat of aggression” against .

cuba, united states, bush administration
Posted by Erwin C. at 8:34 AM No comments:

Newsweek in review: July 3 to July 9

-Peruvian president-elect Alan Garcia said that the Andean Community will continue to be a strong trading bloc in spite of ’s defection to Mercosur.

-A multi-million dollar power project was inaugurated as part of the start to a Central American summit.

-A human rights report on showed an increase in the harassment of dissidents since 2005.

-Ex- Chilean dictator Augusto Pinochet questioned by prosecuters in the case of the daughter of a union leader killed during his time in power.

-U.S. Department of State softens its travel warning for .

- agreed to the text a free trade deal with the

-Over 100,000 people protest in in favor of Andres Manuel Lopez Obrador.

-A Cuban migrant dies during a high-speed chase with a Coast Guard vessel.

latin america, week in review
Posted by Erwin C. at 11:50 AM No comments: