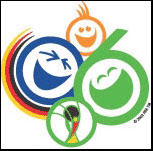 With the start of soccer’s World Cup exactly one week away, the following are several headlines from teams that made the tournament:

: Former ace Diego Maradona admitted to “dream(ing)” of being head coach of the national squad. Fans of the "albicelestes" are hoping for a better performance than four years ago when the squad failed to make it past the group stage, though is in the “group of death” along with the , & , and the .

: Defending champions are heavy favorites to continue their reign, yet the squad has been downplaying the media hype. Star striker Ronaldo has been slowly recovering from a nagging thigh injury and is eager to be part of the “magic quartet” of high-quality attackers along with Kaka, Adriano, and Ronaldinho.

: Coach Alexandre Guimaraes is confident that the team can equal their overachieving performance in 1990 where they made it past the group stage. Such a task will be made very difficult in their first match against World Cup hosts next Friday.

: will be in the same group as and both teams will meet on June 15th. ’s coach admitted that the team is prepared for the tournament in light of an immigrant trafficking scandal that implicated him.

: Ranked as the fourth best country in the world by FIFA, will field a squad with several Europe-based players; one notable absence from the team will be that of striker Cuauhtémoc Blanco. Nevertheless, “el tri” are expected to qualify from Group D against , , and .

Paraguay: “New look” Paraguay faces a tough task in qualifying from Group B since European powerhouses Sweden and England are in the same group. Indeed, coach Anibal Ruiz has admitted to “worry” over starting the tournament against England, though striker Roque Santa Cruz is confident and “not scared of England.”

Trinidad and Tobago: The “soca warriors” qualified for the World Cup for their first time and have very little of chance of winning a game in Group B, much less making it out of the group. Nonetheless, coach Leo Beenhakker doesn’t rule out the possibility of any upsets happening and the team is thrilled to be playing in the World Cup.

(not Latin America or the Caribbean, per se, but still): The U.S. is stuck in a difficult group with the tough , perennial favorites , and first-timers . Still, they are hoping to repeat their stellar performance four years back when the “stars and stripes” made it to the quarterfinals.

The latest polls indicate former president Alan Garcia will beat nationalist Ollanta Humala in this Sunday’s Peruvian run-off election for president as Garcia’s numbers have remained steady over the past month. Both candidates have promised to lower the budget deficit and help reduce poverty throughout the country.

Last Monday polls showed former mayor Andres Manuel Lopez Obrador as having retaken the lead in the race for the presidency. Now the latest poll has both Lopez Obrador and former frontrunner Felipe Calderon tied for the lead with 34% each. Anything seems possible as candidates enter the final five weeks of campaigning.

In the aftermath of Colombian president Alvaro Uribe’s reelection, news articles and editorials are showering him with praise. For instance, the Christian Science Monitor published an editorial today which considers Uribe (image) as an effective and reliable leader that “defies a Latin American trend toward leaders who promise to help the little guy, but don't.” (In other words, left-wing heads such as Hugo Chavez and Evo Morales). For that matter, Newsweek calls Uribe an “anti-Chavez” and points out his close relationship with George W. Bush. (It seems to me, however, the author goers too far by claiming that Colombians are pleased with this relationship. Based on personal observation, Bush is not very well-liked in the country even amongst elites). The Washington Post notes Uribe’s victory is a huge boost for relations with Latin America (as was shown with the Bush administration certifying to receive additional aid yesterday), though it also points out that Uribe is not necessarily a puppet of the

Will Uribe serve as the start for a right-wing counter against the “pink wave” of leftist leaders? Will he stave off scandal and controversy that has damaged other reelected heads of ? Will he continue to focus primarily on security and counter-terrorism or move policy towards social issues a la Bachelet? Only time will tell.

signed several oil and natural gas deals with that are expected to help save about$300 million a year in fuel imports.

, (image) is the top city to conduct Latin American business followed by , and .

’s economy has grown 3.4% over the past year, according to a government report.

The IT market in Latin America is expected to skyrocket over the next few years with , , and leading the way.

Spanish airline is seriously considering expanding its operations in based on increased competition and demand.

textile importers complain about difficulties with trade in caused by CAFTA. 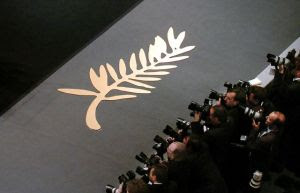 In 2002, acclaimed Brazilian director Fernando Meirelles was upset at the lack of recognition towards Latin American films at the Cannes Film Festival yet he predicted that "in two or three years, they will notice." Meirelles words have rung true as Pan’s Labyrinth, a gory fantasy directed by a Mexican and Buenos Aires 1977, a drama set during the Dirty War, are two films that have caught the attention of moviegoers during this year’s Cannes Film Festival. Blogger VivirLatino points out how the Chilean film industry has improved over the past few years with help from the government, which has allowed more Chilean films to be shown at .

Mill dispute continues as Uruguay vows to construct it

Representatives of ’s president fired latest salvo in a seemingly never-ending controversy over plans for a paper mill to be built by a Finnish and Spanish company near the Argentina-Uruguay border. Leaders of ’s labor unions, business communities and political parties spoke in favor of constructing the mill during a public rally held in Monday night. Finnish blogger Sampsa provides a European perspective on the paper mill debate in a comment he left in a previous post.

Miami Herald columnist Andres Oppenheimer (image) recently started a blog discussing Latin American affairs. His entries have touched on subjects like the strong trade between despite the harsh and sometimes nasty rhetoric between the two countries.

This week MTV Latin America will air half-hour nightly interviews with Mexican presidential candidates. The specials (which we touched on a few weeks ago) will challenge each of the candidates to reply to questions submitted by Mexican youth; young voters count for nearly half the Mexican electorate.

As we mentioned in yesterday’s “week in review” post, Colombian President Alvaro Uribe (in the image along with Vice President Francisco Santos) easily won reelection in the first round of voting. Uribe’s win was greater than expected as he won with nearly two-thirds of the vote and beat his nearest rival by about 40%. However, the biggest surprise was the second place achieved by left-wing candidate Carlos Gaviria, whose 22% was the highest ever acheived by the Colombian left in a presidential election. Bogota-based newspaper El Tiempo heralded Gaviria’s result as an “enormous triumph of the left” which along with Uribe’s victory brings in a “new political panorama…replaced by new forces.”

" Why be normal when you can go where the nuts come from?": Os Mutantes have returned

It’s been over 30 years since Os Mutantes performed and about 40 years since they were one of the main sounds of the tropicalia movement along with Caetano Veloso and Gilberto Gil. Nowadays they’ve reunited and are touring the and in the midst of a “revival” in tropicalia. Article via Largehearted Boy. (Links to songs by Os Mutantes here; personal recommendation- “A Minha Menina.”)

For quite a while, the focus of the mainstream media (MSM) on has been on the political shift towards the left. Yet several recent articles have focused on the supposed “disunity” throughout , especially with regards to Venezuelan head Hugo Chavez. So has the MSM hit on a new phenomena for , are they justly/unjustly using Chavez as a punching bag, or what?

Monday May 22: grounded air travel to-and-from the due to volcanic ash from . The president of Brazilian energy firm Petrobras said that the company will reduce its dependence on natural gas from .

Tuesday May 23: USAID said it is prepared to provide aid to any areas affected by future hurricanes in Latin America and the . Mexican president Vicente Fox began a four-day visit to the

Thursday May 25: ’s president Nestor Kirchner held a political rally in his name that was attended by about 200,000 people. In a speech at the American Enterprise Institute, the head of the OAS praised democratic reforms in .

Friday May 26: The presidents of and sign several trade and business agreements as Hugo Chavez visits . French president Jacque Chirac defended recently-elected leftist presidents in Latin American and the Caribbean.

Saturday May 27: has done little to stop human rights abuses, according to a U.N. official visiting the country.

Sunday May 28: Colombian president Alvaro Uribe was reelected in a landslide victory.