Missing ballplayer Wilson Ramos was reportedly rescued two days after he was kidnapped in Venezuela.

According to the AP, Justice Minister Tareck El Aissami mentioned on state television tonight that the Washington Nationals catcher is "safe and sound." Communications Minister Andrés Izarra said via his Twitter account that Ramos was "found alive by security forces in a moutainous area of Carabobo state."

Marfa Mota, the press chief of Venezuelan team the Tigres de Arauca and "close personal friend" to Ramos, Tweeted "thanks be to God that 'el careta" is doing well." Ramos' agent, Gustavo Mercano, reportedly confirmed to The Washington Post that the athlete is "safe."

Scot Drucker, one of Ramos' teammates on the Tigres squad, Tweeted that the catcher was supposedly freed in a "SWAT type rescue." He also said that the crowd at Friday night's Tigres game was cheering "non-stop" after hearing that Ramos was found alive.

Ramos was kidnapped by several armed men outside of his residence in the city of Valencia on Wednesday. He was reportedly taken by gunpoint, forced into an SUV and whisked away by the abductors.

The Ramos incident has highlighted the increase in violent crime in Venezuela including the spike in kidnappings in recent years. According to BBC News this had led to "many accusing President Hugo Chavez's government of not doing enough to combat the problem."

Though Ramos was said to be the first Major League ballplayer to have been kidnapped, other Venezuelan athletes haven't been immune to having loved ones targeted by abductors. Two years ago the mother of Victor Zambrano was rescued in a "commando-style operation" after being kidnapped over three days. That same year the brother-in-law of Yorvit Torrealba was kidnapped and released a day later while Ugeth Urbina's mom was held in captivity for five months until she was rescued in 2005.


Mexican Secretary of the Interior Jose Fransisco Blake Mora died in a helicopter crash that occurred this morning.

Presidential spokeswoman Alejandra Sota confirmed minutes ago in a news conference that Blake Mora, the Subsecretary of the Interior, and at least seven others died in the accident that happened as the chopper was en route to a meeting of prosecutors in Morelos state. She added that the cause of the accident outside of Mexico City has yet to be known and that the government will fully investigate the fatal accident.

According to initial reports, the helicopter was flying in very foggy conditions and that the chopper "was unable to land" safely. Additionally, it's being reported that the helicopter may have been in a state of disrepair and not in the best state.

Today's incident happened more than three years after then-Secretary of the Interior Juan Camilo Mouriño died when the jet he was in crashed in a busy sector of Mexico City. By coincidence, the final entry in Blake Mora's Twitter account was dated on November 4th and paid tribute to Mouriño.

Blake Mora's political career began in the mid-1990s in his native Tijuana and for several years he served as a federal congressman. President Felipe Calderon appointed Blake Mora as Interior Secretary in July 2010 and served as Mexico's national security chief.

As a result of today's accident Calderon cancelled his meeting with his U.S. counterpart, Barack Obama, that was supposed to take place over the weekend at the Asia-Pacific summit.

Video Source - YouTube via Associated Press ("Mexico's top Cabinet secretary Francisco Blake Mora, a key figure in Mexico's battle with drug cartels, died in a helicopter crash on Friday with seven others, including the pilot, the government said.")
Posted by Erwin C. at 1:30 PM No comments:

In honor of Veterans Day in the U.S., the following video clip is the the trailer to "The Borinqueeners." This 2007 documentary focuses on the all-Latino 65th Infantry Regiment and the troubles they faced both on and off the military field of combat.

Video Source - YouTube user borinqueeners
Posted by Erwin C. at 9:45 AM No comments:

* Venezuela: Police are searching for the suspected kidnappers of Major League Baseball player Wilson Ramos who was abducted on Wednesday.

* Mexico: Authorities captured an alleged senior member of the Sinaloa drug gang who is accused of “organizing huge shipments of cocaine” into the U.S.


* Italy: The Senate is poised to approve a series of austerity measures that will likely lead to the resignation of Prime Minister Silvio Berlusconi.

* China: The country’s inflation rate decreased for a third consecutive month as the government is supposedly trying to “cool economic growth.”

* Iran: President Mahmoud Ahmadinejad said that Iran would not back down from its nuclear program despite a U.N. report indicating “serious concern” over developing nuclear arms.

* Libya: International Criminal Court Prosecutor Luis Moreno-Ocampo said that he was close to completing an investigation regarding hundreds of rapes allegedly overseen by officials under former leader Muammar Gaddafi.

* Argentina: Does a recent major oil find in the Patagonia region mean that Argentina will become a “new energy hub” in the Americas?

* Bolivia: President Evo Morales said that U.S. antidrug agents would not be allowed back in Bolivia despite the resumption of diplomatic affairs between both states. 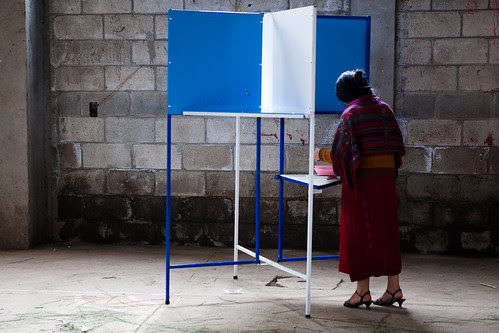 * Guatemala: President-elect Otto Perez Molina vowed that he would deliver on his campaign promise to crackdown on drug violence and gang-related crimes.

* Bolivia: Representatives of Bolivia and the U.S. agreed to resume full diplomatic ties three years after the U.S. ambassador was expelled from the Andean nation.

* Peru: The government extended a state of emergency in four departments that are a “coca-growing stronghold” for the Shining Path guerillas. 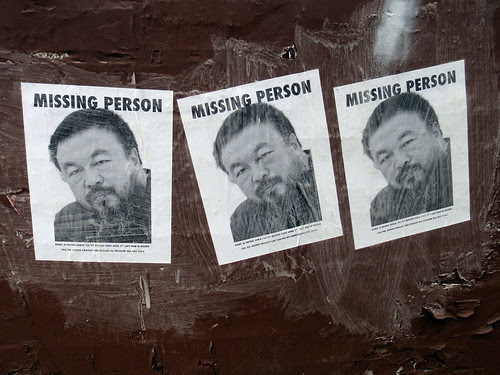 * China: Dissident artist Ai Weiwei has received thousands of donations that have covered at least one-third of a $2.4 million tax bill placed against him by the Chinese government.

* Greece: A new interim government is expected to be announced on Tuesday as the country continues to struggle with a major debt crisis.

* U.S.: A federal judge temporarily blocked a rule that would've forced graphic images to be displayed on cigarette packs.

Could areas of Latin America soon follow the example of the Spanish region of Catalonia and ban bullfighting? Some Mexico City legislators recently pushed to bar the centuries-old tradition despite opposition from ranchers and some business interests. In Peru, meanwhile, approximately one hundred demonstrators gathered in Lima on Saturday and took part in a unique protest against bullfighting:

What do you think about bullfighting and the campaigns across the Americas to ban it?

* Mexico: The editor of a newspaper in Veracruz claimed that a group of armed men attacked his newspaper’s offices and set them on fire.

* Colombia: A message purportedly from the FARC claimed that the rebels will not lay down their arms despite the killing of their commander, Alfonso Cano, on Friday.

* U.S.: New census data expected to be released this week will reportedly show that more Latinos have fallen below the poverty line.

* Venezuela: Venezuelan-born “professional revolutionary” Carlos the Jackal faces a new trial over a series of bombings in France during the 1980s.

Online Sources - TVNZ, The Guardian, CNN, Fox News Latino, The Latin Americanist
Posted by Erwin C. at 8:00 AM No comments: