U.S. President Barack Obama vehemently opposed any possibility of narcotics legalization, according to remarks he made before the inauguration of the Summit of the Americas on Saturday.

“My personal view and my administration’s position is that drug legalization is not the answer,” said Obama during a business forum with his Brazilian and Colombian counterparts.

Though Obama admitted that he is willing to discuss whether current drug laws are “doing more harm than good,” he warned that widespread legalization would lead to "consequences that are worse than what we’re going through at this moment.” 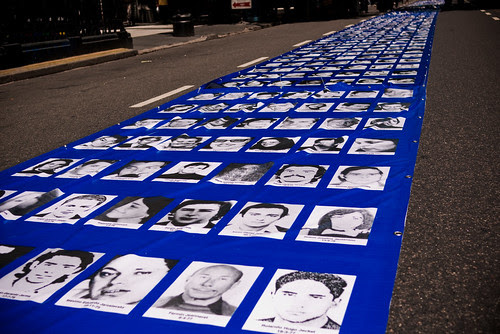 * Argentina: Ex-military strongman Jorge Videla admitted that as many as 8000 people were killed by the state during the “Dirty War” era and coldheartedly justified such deaths as “the price we had to pay to win the war against subversion.”

* Haiti: A former Dominican military officer has been accused of being involved in an alleged plot to overthrow Haitian President Michel Martelly. 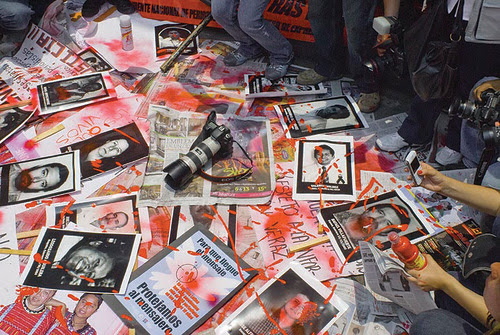 * Mexico: According to the National Human Rights Commission of Mexico City, Mexican journalists and members of the media were targeted by a “record number” of attacks in March.

* Argentina: The Argentine government praised BP’s decision against offshore oil exploration near the Falklands though other British firms continue to go ahead with their projects.

* Haiti: Tens of thousands of Haitians received cholera vaccines yesterday as part of an initiative to prevent the spread of the disease that has killed over 7000 people since October 2010.

* Peru: Over 1500 troops and police have been deployed in order to search for at least three dozen energy company workers kidnapped in southern Peru this week.

Image Source – Flickr via Knight Foundation (In August 2010, “hundreds of Mexican journalists silently marched in downtown Mexico City in protest of the kidnappings, murder and violence against their peers throughout the country”.) (CC BY-SA 2.0)

The following video clip comes from "The Revolution Will Not Be Televised", a documentary on the 2002 attempted coup against Venezuelan President Hugo Chávez:

On April 11, 2002 anti-Chavez demonstrators diverted their march from PDVSA headquarters to the presidential palace where some of them clashed with Chavez sympathizers. That violent confrontation was the spark for the attempted coup that was reportedly carried out by “parts of the military and business class along with support from some opposition political groups, private media outlets and senior Catholic Church officials.”


* Bolivia: President Evo Morales said that he would “annul” the contract of the Brazilian firm that was building a highly controversial road through indigenous territory.

* Brazil: A judge blocked an injunction seeking to halt Chevron and Transocean from operating in Brazil after two oil spills.

* U.S.: Nine suspected undocumented immigrants were killed in Texas after the crowded van they were riding in crashed during a chase with the Border Patrol.

* Mexico: No major damage has been reported from a 7.0 magnitude earthquake that struck in Michoacán state and forced the evacuation of several buildings in Mexico City.

World Watch: There Goes the Fear


* Indonesia: Officials called off a tsunami alert though that didn’t prevent some Indonesians from panicking after an 8.6-magnitude earthquake occurred on Wednesday.

* U.S.: A special prosecutor in Florida charged George Zimmerman with second-degree murder in the controversial killing of teen Trayvon Martin.

* Greece: Prime Minister Lucas Papademos resigned and called for a general election in the economically weakened country to take place on May 6th.

* Syria: Will the government comply with a UN-brokered cease-fire due to go into effect on Thursday morning?


* Peru: Nine workers trapped underground for six days in an illegal mine in southern Peru were safely rescued this morning.

* Mexico: According to a poll released yesterday support for presidential frontrunner Enrique Pena Nieto gained slightly though almost one quarter of all respondents claimed to be “undecided or expressed no preference”.

* Haiti: At least six people died and over 700 Haitians were displaced after two days of heavy rainfall and flooding.

Former Medellin Cartel chief Pablo Escobar is remembered by very few residents of that city as the man who built houses and soccer fields for the poor. His efforts to give the image of a benefactor failed among most Colombians hurt by his greed, ruthlessness and sanguinary nature.

Much like the late Escobar, Mexico’s Knights Templar drug gang are also attempting to trick others and portraying themselves as modern-day Robin Hoods. The drug gang distributed flyers and hung banners last week in Michoacán claiming that they helped “achieve” a drop in food prices.

Feud Over the Falklands: Star of David

Last week we examined offshore oil drilling near the Falklands and how this has helped fuel the diplomatic tug-of-war between Argentina and Britain. Today we will briefly examine alleged anti-Semitism within the Argentine military during the Falklands War.

The recently declassified Rattenbach Report concluded that the Argentine troops “weren't adapted or equipped to handle the weather or the living conditions” in the south Atlantic during the Falklands War thirty years ago. According to journalist Hernan Dobry, Jewish troops faced additional difficulties due to their background and religious beliefs. 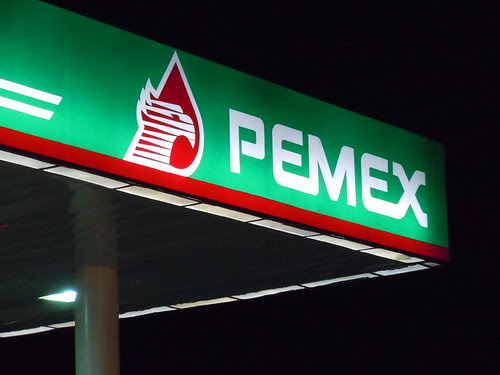 * Mexico: Leading presidential candidate Enrique Pena Nieto suggested that more private investment could help Pemex though he stopped short of urging for a full privatization of the state-run oil giant.

* Venezuela: Government officials claimed that Costa Rican diplomat Guillermo Cholele was in “good physical state” after he was possibly targeted in an “express” kidnapping.

* U.S.: A “Latino-themed offshoot” of Paranormal Activity that will reportedly “tackle Catholic-based paranormal mythology” could be coming to a theater near you. 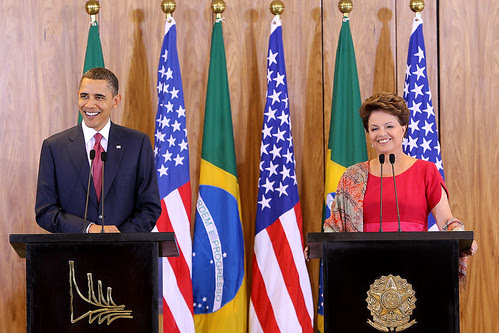 * Brazil: The presidents of Brazil and the U.S. are scheduled to meet today and they might examine issues such as bilateral trade, counternarcotics strategies and energy cooperation.

* Argentina: Argentina’s quest for its first ever Davis Cup tennis title continued after beating Croatia 4-1 in the quarterfinals.

* Venezuela: President Hugo Chavez flew back to Cuba for another round of radiation therapy but not before declaring a boost in the minimum wage by 30%.