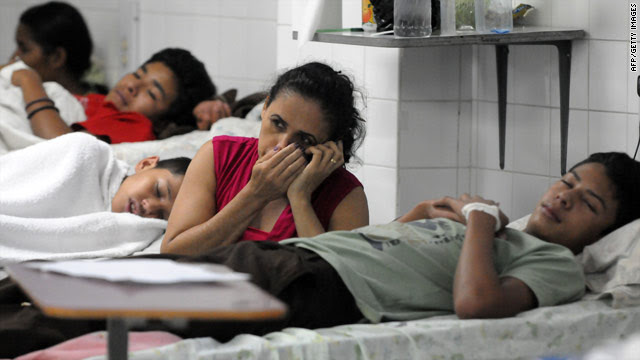 * Caribbean: The possibility of a region wide dengue fever outbreak could be a reality after dozens of deaths in the Caribbean have been attributed to the illness.

* Latin America: A severe cold front has hit several South American countries and has caused the deaths of at least three dozen people.

* Cuba: Nine freed political prisoners are expected to arrive in Spain today while a meeting between U.S. officials and Cuban dissident families has been postponed.

Image – CNN (“Dengue patients are treated at a hospital in Tegucigalpa, Honduras. The virus has caused a national emergency.”)
Online Sources- The Latin Americanist, CNN, MSNBC, Deutsche Welle
Posted by Erwin C. at 7:45 AM