Demand for high-skilled U.S. visas met in a single day 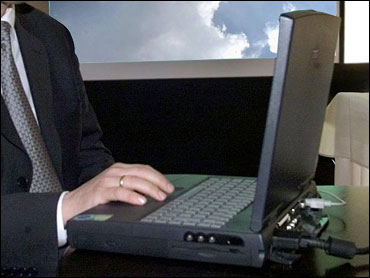 Dear readers, I present to you the zillionth reason why immigration reform should be more than just a mere political “hot potato”:

“The U.S. immigration authorities on Wednesday were to start rejecting applications from skilled foreign workers seeking visas to work in America during the 2008 fiscal year (since) the country had reached its limit for 2008 H-1B visa petitions in a single day and would not accept any more.”

Is it me, or shouldn’t we all be peeved about this; the massive backlog at the U.S. Citizenship and Immigration Services Agency and the inability to reward sufficient skilled laborers, for instance.

When will the politicos get together and work out meaningful immigration reform? I mean, what the hell are they waiting for? Oh, wait! How silly of me. I forgot that 2007 is not an “election year” and that politicians won’t touch the subject with a ten-foot pole! We'll have to wait until next year when the topic's inserted into some meaningless rhetoric by the presidential candidates before being tossed aside again after Election Day in November. Why worry?!

Before I get too angered about this, I’ll defer the last word to William Morin- director of government affairs for the world's biggest supplier of equipment for making microchips:

“These are people who are going to develop the next big thing, and you're driving people offshore. It boggles the mind that we would come to this point.”

I found a website which is a better source to provide better services about the green Card process in US. It helps the people to get green card in easy and short time.