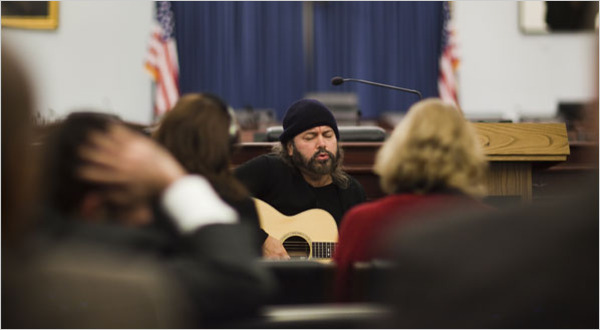 Many artists, businesspeople, and scholars are taking a stand on improving US-Cuban relations.

Referred to as the Cuban 'Bob Dylan', Carlos Varela has taken action on improving political relations from the ground up. Varela had come to remix one of his albums with friend Jackson Browne, but stopped in Washington early this month for meetings with legislators and a lunch with a senior White House official. Later he held a jam session in the House Budget Committee meeting room.

Varela visited many establishments, including at universities and policy institutes, engaging in small talk about music and questions on policy.

“I don’t represent any government or political party,” he said. “But perhaps that’s why governments and politicians might be willing to listen to what I have to say.”