The latest poll numbers out of show ex-president Alan Garcia (image) with a 16% lead ahead of nationalist candidate Ollanta Humala. Humala comfortably won the first round last month, while Garcia edged past Lourdes Flores to claim second place. The run-off election will take place on Sunday June 4th. 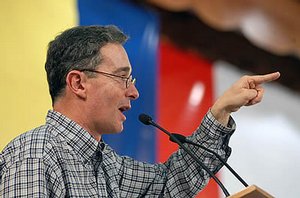 easy victory in his bid for reelection, left-wing candidate Carlos Gaviria has gained a lot of ground and a poll by Colombian newspaper El Tiempo (in Spanish) has Uribe leading with a slight majority. Pro-Uribe factions were able to garner nearly 75% of congressional seats in March’s legislative elections. The election takes place this Sunday.

First it was Colombian president Alvaro Uribe proposing that immigrants coming to the have microchips implanted in them. Now mayor Michael Bloomberg has called for the creation of an ID card for legal workers containing worker’s DNA or fingerprints.

Google agreed to demands by the Brazilian government to close community websites under Orkut. Brazilian officials feel that Orkut sites are illegal in that they promote child pornography and hate speech.

brazil, google, technology, free speech
Posted by Erwin C. at 10:39 AM No comments:

Chef and best-selling author Anthony Bourdain (image) traveled to the area around the U.S.-Mexico border during the latest installment of “No Reservations” last Monday night. Aside from enjoying drinks in a bar in and savoring street food near , Bourdain also talked with a Texan rancher opposed to building a wall along the border and dined with the family of a cook working illegally in the Bourdain discussed his views on immigration in one of his books, The Nasty Bits.

On this day in Latin American history…. 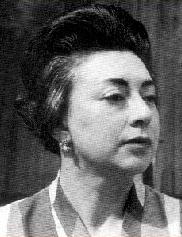 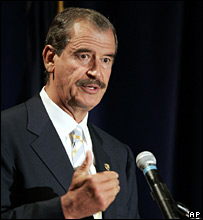 Speaking of visiting heads of state, Mexican president Vicente Fox (image) is in the midst of a four-day tour of three states. Fox will meet with state government and business leaders mainly in order to promote U.S.-Mexico trade though he did take a moment to denounce plans to erect a fence along the border. 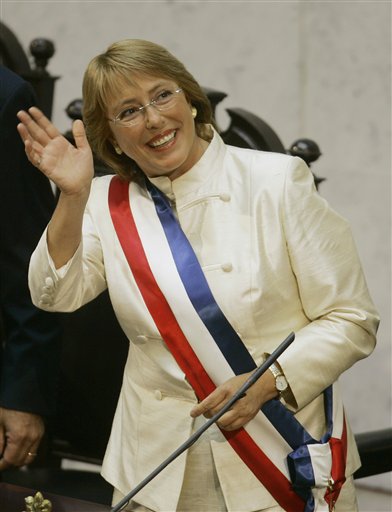 In her first “State of the Nation” address Chilean president Michelle Bachelet announced that she would invest record profits from the copper industry to fund social programs. Nonetheless, Bachelet assured Congress that her administration would not deviate from her policy of strict fiscal control.

French prez off to Latin America

Jacques Chirac, President of France, left today to start a four-day visit to and . Trade will be one of the main topics of discussion as wants to expand into Latin American markets.

In light of the ongoing controversy over the government’s handling of the effects of Hurricane Katrina, the Agency for International Development (USAID) claims that it is ready to handle hurricane-related emergencies in Latin America and the . Heavy rains and tropical storms battered many areas of the as well as several Central American countries. (Image shows USAID assistance in Guatemala after Hurricane Stan hit in 1998).

A study conducted by the World Health Organization in has shown that caesarean births may be detrimental to mothers and newborn children. The study was done in over 100 hospitals in eight Latin American countries.

appealed to the World Trade Organization in order to force the European Union to lower its banana tariffs.

A group of Costa Rican farmers won a lawsuit against chemical giant DuPont.

Illegal immigrants from trying to cross the border are pretending to be Mexican so they may be deported there if they get captured.

Monday May 15: Carlos Menem vowed to run in the 2007 Argentinean presidential elections. Hugo Chavez dined with ’s mayor much to the chagrin of several Tory congressmen. President Bush unveiled his plan on immigration via a nationally televised speech.

Tuesday May 16: National Geographic published the findings of a 1600-year old mummy found in . In a televised address, Fidel Castro denied reports claiming that he was a multi-millionaire and claimed that he would “resign” if that were true. Bolivian president Evo Morales introduced a land reform program that would redistribute some publicly-owned land.


Wednesday May 17: Hundreds of Argentines protested against ’s plan to construct a paper mill near their border. Officials confirmed the arrest of one of the world’s leading drug traffickers as part of raids conducted throughout Latin America and the on Tuesday.

Friday May 19: If you can read this you might be an American- the Senate voted to make English both the “official” and “common unifying” language of the United States. ruling endangered negotiations between paramilitary leaders and the government.

Saturday May 20: ’s government began implementing preventative measures against a possible financial boycott by the

Sunday May 21: Two holidays are commemorated: Afrocolombian Day celebrates the abolishment of slavery in and Naval Day in remembers the 136 sailors who died during the Battle of Iquique.