Brazilian Court Wants Boy in Brazil back in US 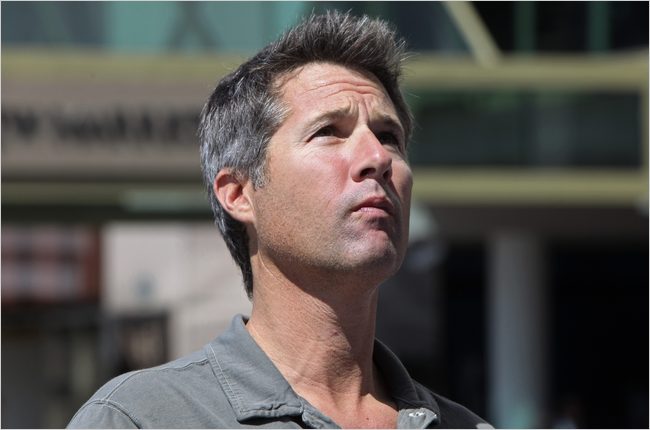 Brazilian supreme court judge ruled Tuesday that the 9-year-old boy at the center of an international abduction and custody fight must be returned to the United States with his American father.

The ruling is the latest in a five-year legal battle that has involved both the American and Brazilian courts, and spurred up international controversy. The Jersey resident and father, David Goldman, is put one step closer to being reunited with his son, Sean.

The boy was abducted by his mother, a Brazilian native and Goldman's wife at the time, to Brazil in 2004. The woman and the boy have remained there ever since. After the mother passed away however, the boy's custody has been put to question.

After the mother died, Sean was left with her second husband, a prominent lawyer in Rio de Janeiro whose family has continued the fight to keep the boy in Brazil.

Mr. Goldman filed lawsuits in the United States and Brazil to get his son back, and after a 5 year battle the supreme court has now ruled in his favor.

Photo Source
Posted by Anna Nak at 12:19 PM 2 comments: Links to this post 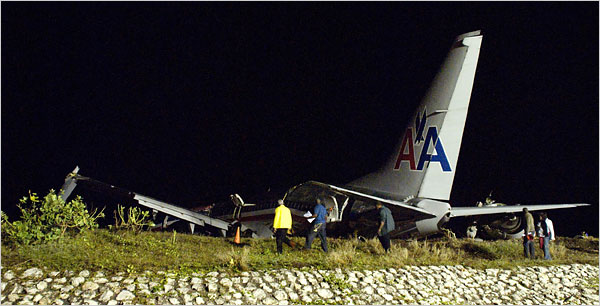 Tuesday night, the 150 passenger American Airline flight skidded off a rain-slicked runway while attempting to land in Jamaica, hitting a fence and plowing into a sandy embankment before it came to rest a few feet from the Caribbean Sea.

The close call certainly had passengers holding on to their boot-straps, and fortunately there were no deaths involved in the event. However, about 90 passengers were treated for minor injuries at hospitals around Jamaica’s capital, Kingston, according to a statement from Norman Manley International Airport.

The engines of the Boeing 737-800 were knocked off and cracked its fuselage, but nothing more.

Passengers experienced a grand amount of turbulence however anticipated that the landing would be successful. However, passengers started screaming as the plane slid down the runway, crossed a road, smashed through a perimeter fence and then crashed into a sandy embankment, according to the passengers’ accounts. The lights went out, and suitcases and bags popped out of the overhead bins and fell onto passengers.

Airline authorities are beginning to take action in piecing together the crash and what may have caused it.

State officials gave notice Tuesday that the body of state governor, Luis Francisco Cuéllar was indeed found. The Caqueta leftist governor was abducted by a commando of 8 to 10 leftist FARC guerillas from his home in Florencia late Monday.

Uribe rejected political negotiations with the FARC, Latin America's oldest and longest-fighting rebel force. The rebel group has an estimated 7,000 fighters and has been trying to overthrow the government since the 1960s.

Photo Source
Posted by Anna Nak at 11:48 AM 3 comments: Links to this post

The People's Socialist Store of Everything Bolivarian and Delicious Venezuelan president Hugo Chavez is now in the retail business.

In a new plan announced to "defeat speculation," Chavez launched a new chain of "Comerso" stores (a Spanish acronym for Socialist Corporation of Markets) that will sell goods ranging from food to cars imported directly from China and Argentina.

Chavez promised the markets would be a boon to Venezuelan consumers that he says are victims of predatory sellers. "They'll see what's good. We'll show them what a real market is all about, not those speculative, money-grubbing markets, but a market for the people," Chavez said.

It's still impossible for most Americans to travel to Cuba, but fortunately for Cuban music aficianados, an exception was made for Jersey City funk icons Kool and the Gang. The group became the first American band to perform on the island in almost five years. The last US group to perform on the "Anti-Imperial Stage" was Audioslave - a band whose members were known for their "anti imperialist" sentiments.

Far from wading into the political fray, Kool kept it, well, cool...