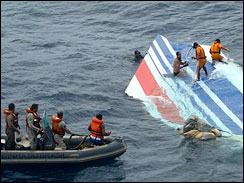 * Brazil: In the latest development to the Air France Flight 447 accident, searchers found an additional seven bodies yesterday as well as a large chunk of the plane’s tail.

* Ecuador: President Rafael Correa urged his newly installed energy minister to pursue “a tougher line to all these (foreign oil) companies that still believe they can continue to abuse our country.”

* Mexico: The government gave the green light to the experimental planting of genetically modified corn as early as September.

* Cuba: Now it is official – Cuba’s government rejected a path to be readmitted to the Organization of American States.