Cristiano Ronaldo off to Spain in record deal 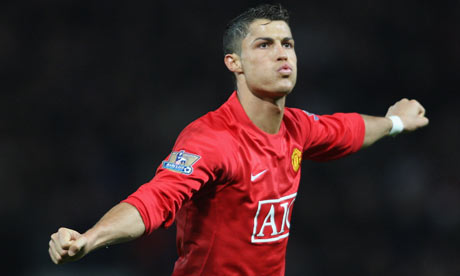 Cristiano Ronaldo is set to join Real Madrid for a world-record $130 million days after Brazilian Kaka completed his $94 million transfer to the Spanish side.

"At Cristiano's request…United have agreed to give Real Madrid permission to talk to the player” said a statement on Manchester United’s website today. The reigning World Player of the Year could finalize a deal by the end of this month.

Ronaldo had been the subject of transfer talk for quite a while now despite ManU head coach Alex Ferguson grumbling that he would not "sell that mob a virus". Yet the lure of such a big money deal seemed too hard to resist as Real president Florentino Perez is willing to spare no expense to recreate the superstar “Galacticos” squad of years ago.

Ronaldo may not be the only “red devil” to depart Old Trafford; the latest rumors is that Argentine Carlos Tevez will leave for intra-city rivals Manchester City.

Ironically, Ronaldo’s possible replacement may be an Ecuadorian player that Real Madrid has reportedly given up trying to sign:

Manchester United seem to have a clear run if they follow up their informal inquiry about Wigan Athletic's Antonio Valencia with a firm offer, with the player's representatives no longer optimistic about Real Madrid coming in with a bid.