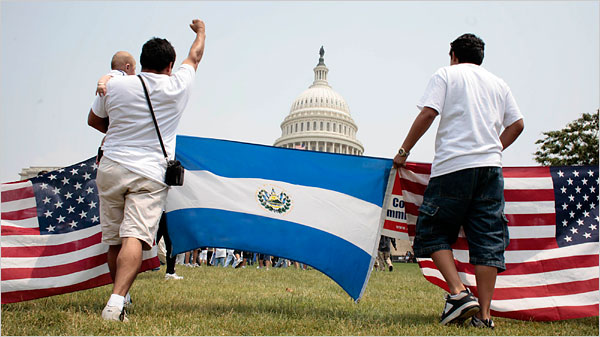 * Attención Salvadoreños: You have until this Tuesday to complete applications for temporary protected status in the U.S.!

* According to a university study published last month recently arrived immigrants to the U.S. tend to learn English quickly.

* What can regional unemployment rates tell us about immigration trends in the U.S.? Professor Greg Weeks explains.

* On the one hand, this New York Times editorial hopes that the incoming Obama administration will significantly change the “moral… (and) strategic failure” of current immigration policy.

* On the other hand, controversial Sheriff Joe Arpaio claims that he “plans to continue crime sweeps and raids aimed at illegal immigrants and businesses that employ them” regardless of the presidential change.